5 Things I Learned from Volunteering in A Charity Shop 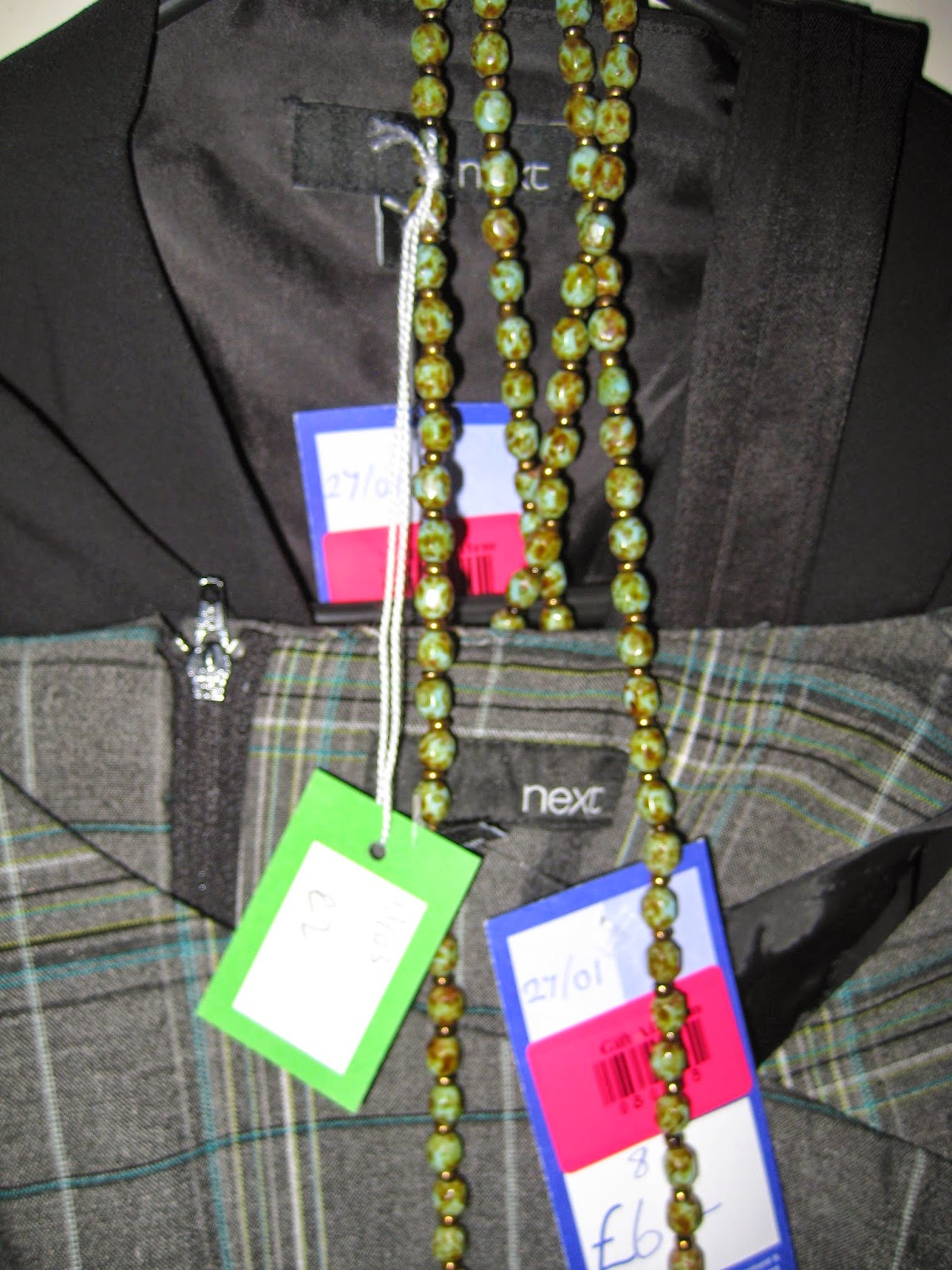 Recently I've been volunteering in a Charity shop. Charity shops, Thrift  Shops or Op shops - whatever you call them, theres a lot of discussion around such shops online. There are advantages to such shops (price, variety, making greater use of products instead of throwing them into landfill), and there are also lesser discussed disadvantages (such as the impact on smaller local businesses, and the question of the stuff which doesn't make the cut). All up, though, they still seem like a rather good idea to me.

In any case, for someone like myself with an interest in clothing and textiles, it's a bit of a playground. There are a wide variety of styles and things to examine and learn about, including stuff I would never otherwise see. I got to test my fabrics knowledge and I may have made a few sketches for later designs.

As an aside, volunteering is fun, in general. You meet some pretty quirky people out there, and I like quirky people. In addition to the meeting the people and sketching the sketches, here are 5 things I learned while working in a Charity store.

1. People buy loads of stuff they never wear.
For whatever reason, a surprising (even alarming) amount of stuff arrives with tags still on it. Mistake / regret purchases are a huge part of the stuff sold. It's a win for the charity shop, but a reflection of a fairly wasteful culture. I'm not going to lie, I'm pretty sure I've donated never or hardly ever worn stuff myself on occasion, but I didn't grasp how normal that is. If the idea of wearing someone elses 'old clothes' bothers you, it shouldn't hold you back from shopping second hand.

2. Quality stands out.
If you know anything about fibres and clothing construction, it's really obvious which garments are well made. Quality natural fibres are obvious too. They look good even when they're second hand. Silk or pure wool stands out a mile. If the idea of investment buys is lost on you, grab the best looking garment off a rail and find out what it's made from. You'll see.

3. People value brand names over wear and tear.
I don't really understand this, but a 'good brand' item with a bit of wear and tear will be priced higher than an item in good condition which isn't branded. My theory is that this is a reflection of the fact that people increasingly use brand names as a synonym for quality. Some brands produce stuff that is of a better quality, for sure. And it can be a good starting point. But there's a lot of inbetweeny brands where I don't think it's a terribly relevant factor, and it's more relevant to look at the individual piece. Even so, that's how it plays out.

4. Loads of your donations don't make it to the shop front.

If you're a bit unsure about whether something is 'good enough' to keep, if it's looking a bit frayed or worn, it probably won't make it out there. The sorting at the back is pretty stringent. A bit of wear around the edge of a pair of jeans, or a small stain can be enough to rule something out. You may feel better about putting something in a charity bag instead of the bin, but chances are it will just go to the bin. You might as well just chuck it out in the first place, or reuse it for cleaning rags at home. Donating an overly worn out item is just a way of easing our consciences, and lots of places then have to pay to throw it out.

5. There are a lot of weird things out there that probably shouldn't exist.
Plenty of 'WTF' items arrive in thrift stores. Like the chain for your napkin so you can hang it properly around your neck (You know, like the dentist has, but for the dinner table), and the giant (slightly scary) my little pony soft toys. There's a lot of stuff I just don't understand. And weirdly enough, people buy that stuff. Because there's all kinds of weird out there.