Can You Fix My Bear?

It seems not a lot of people out there sew. So if you tell people you sew, in their eyes, you are some kind of miracle worker.

This is Donald. He is loved, but oh my. 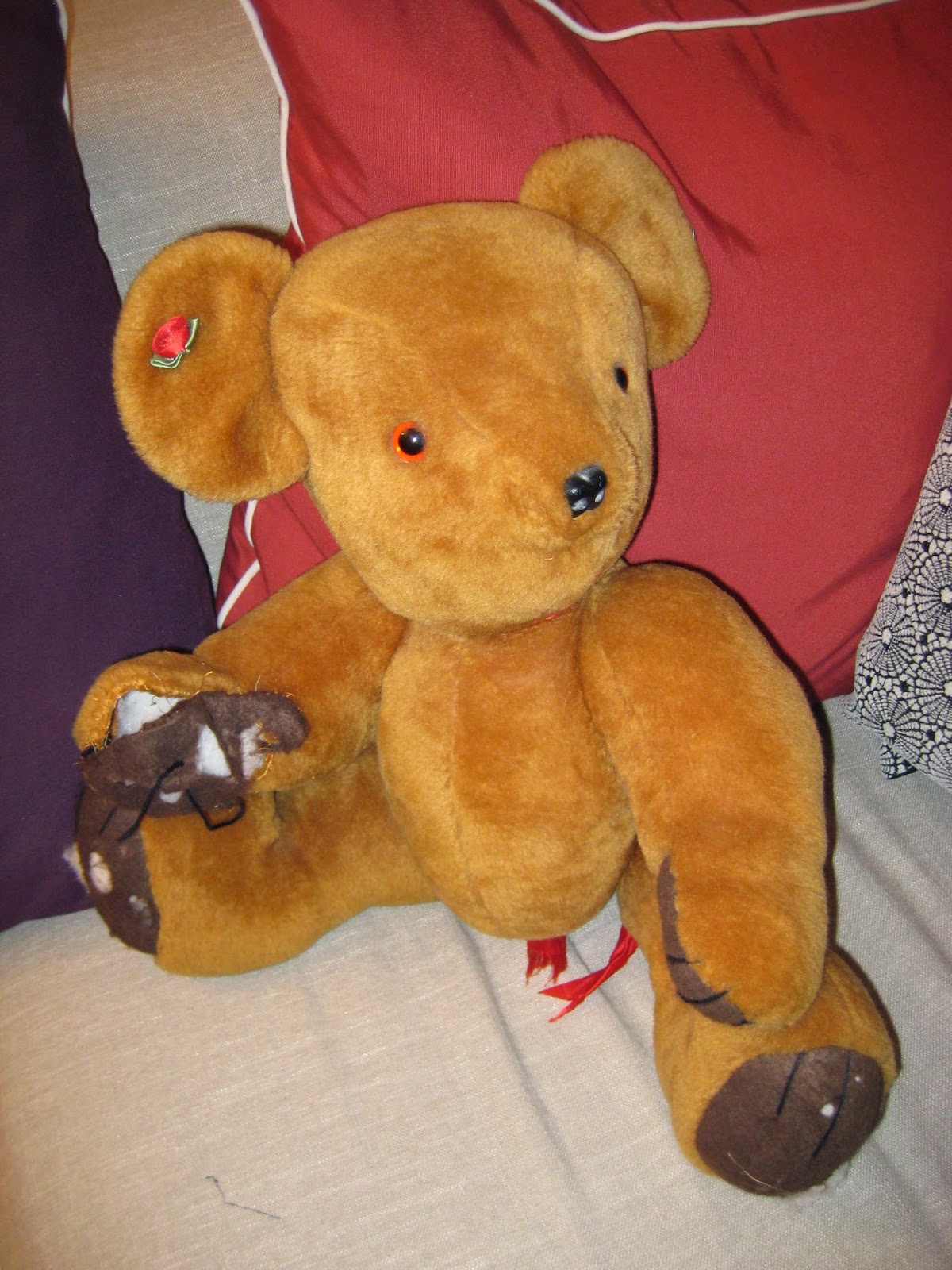 I did start pulling one of the footpads off before I took the photo. I wanted to know how easily they would come off, and the answer was 'quite'. 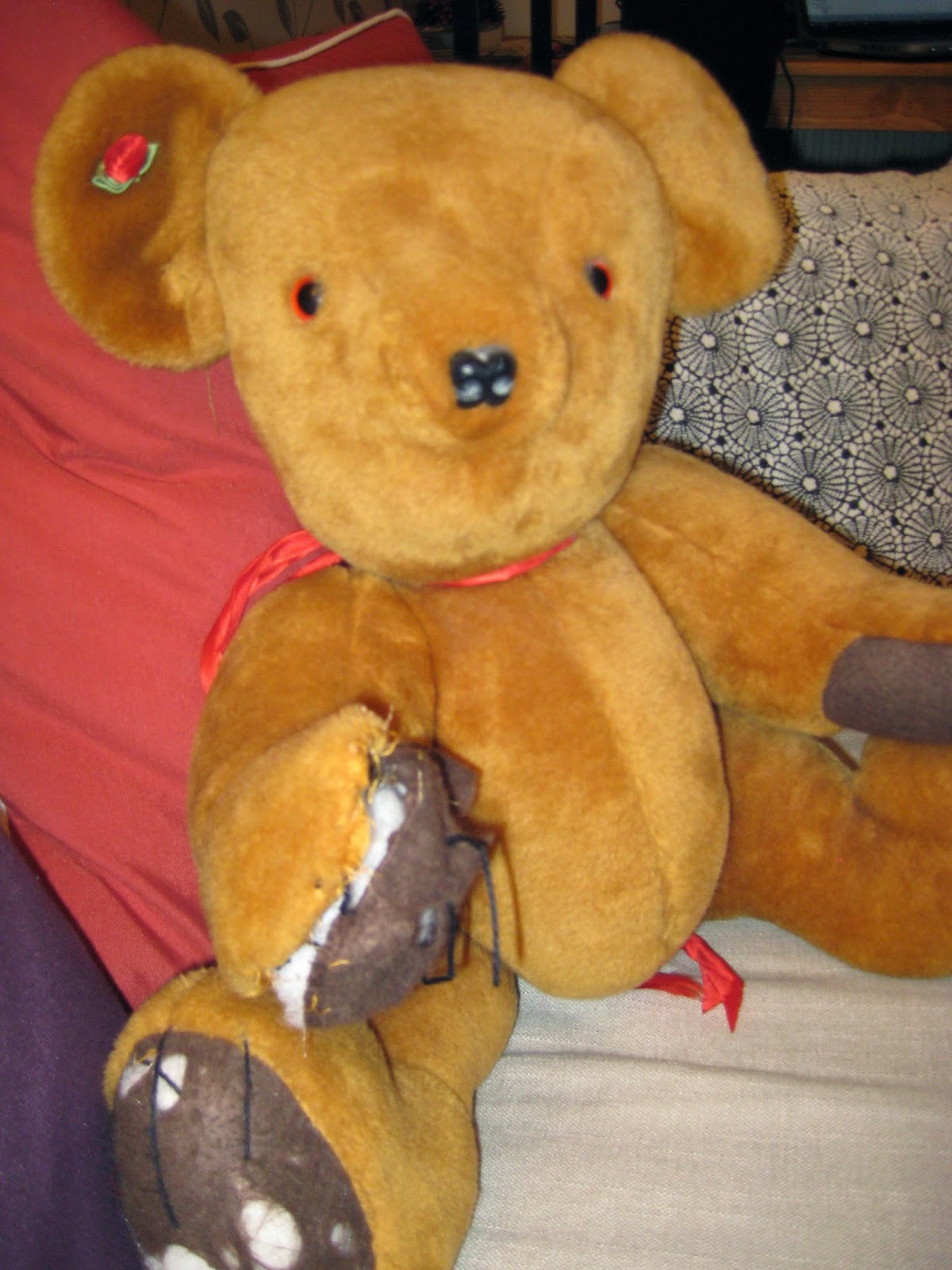 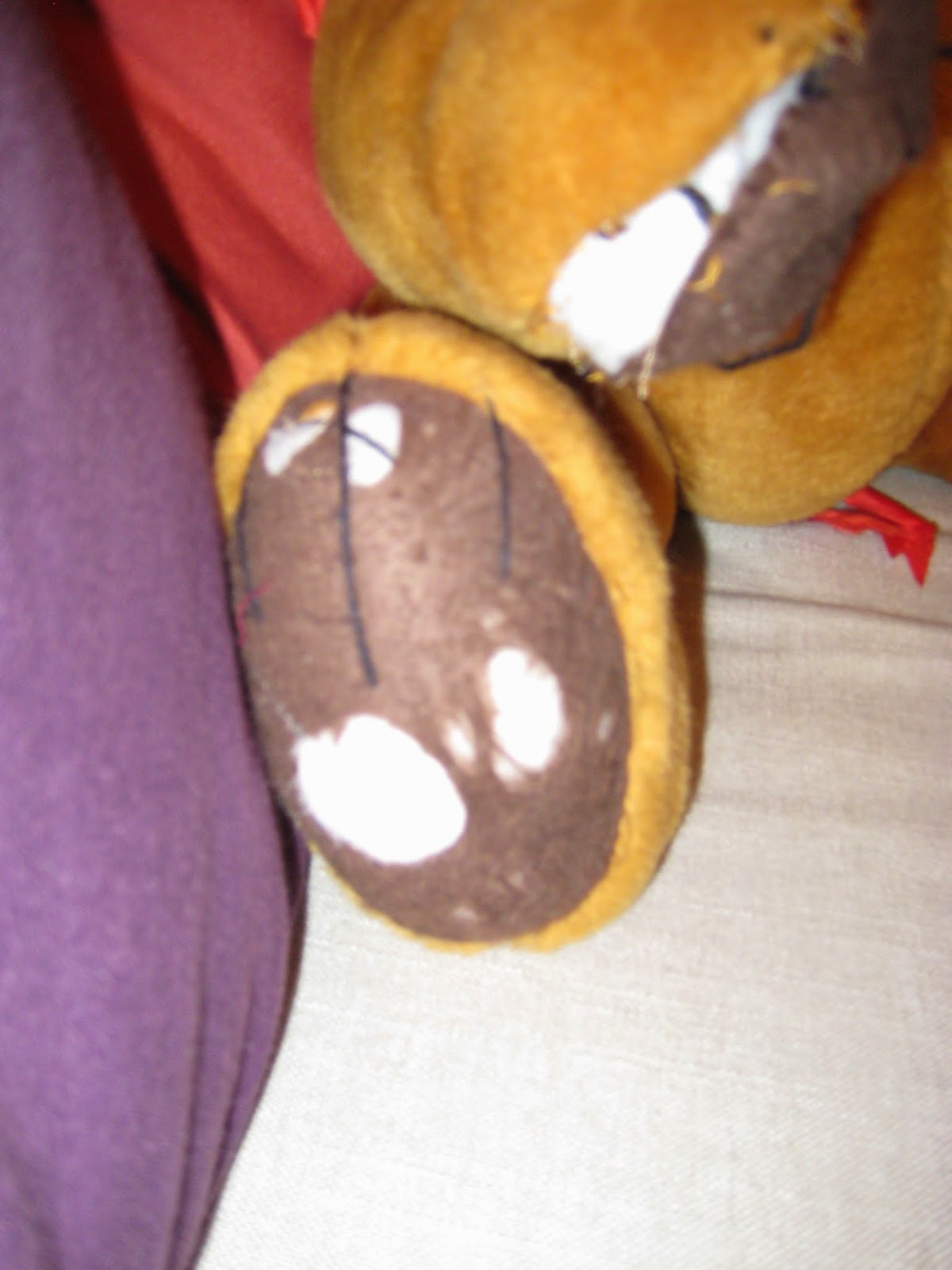 This footpad is completely untouched, as it arrived in my hands.

Here it is, carefully unpicked. 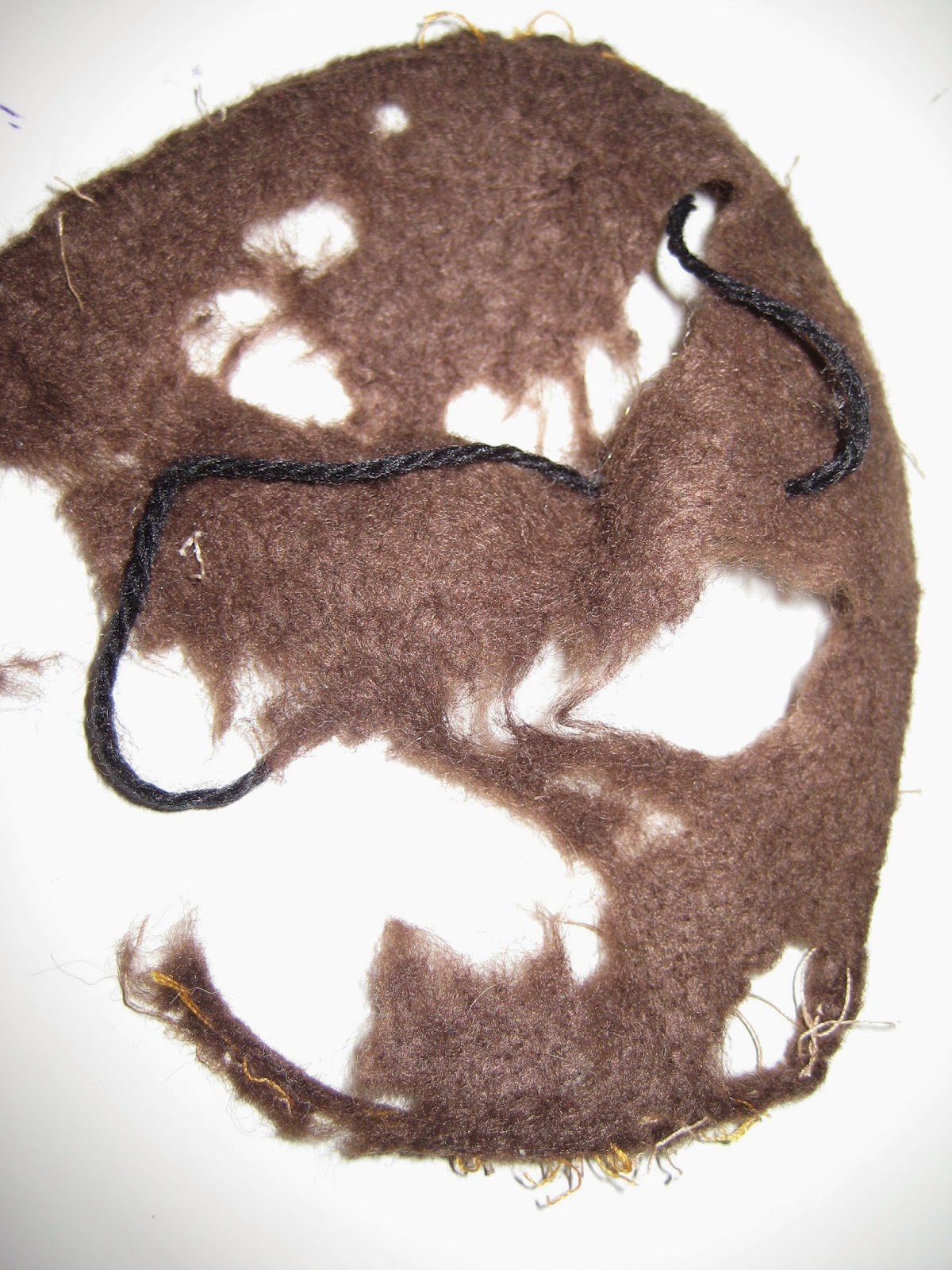 Not much left of it! The bear is made of a faux fur fabric, but the footpads are made of felt. Felt is not a particularly durable fabric, and this poor little bear has worn his out.

There's probably a children's story in that, if you are so inclined. But for now, I am just going to switch out his poor paws (Haha!) for a polar-fleece ones instead. Polar fleece is a lot tougher than felt, and I'm a big fan of it for use in toymaking. I placed the unpicked pad onto a piece of polar-fleece and cut it out. In both cases, I had to use the left side patch, as clearly Donald is right-handed, and the right patches were in worse condition than the left.

Because he was already made, I had to carefully hand-stitch his paws in by hand, using a running stitch on one side, and then invisible stitch as the gap closed. 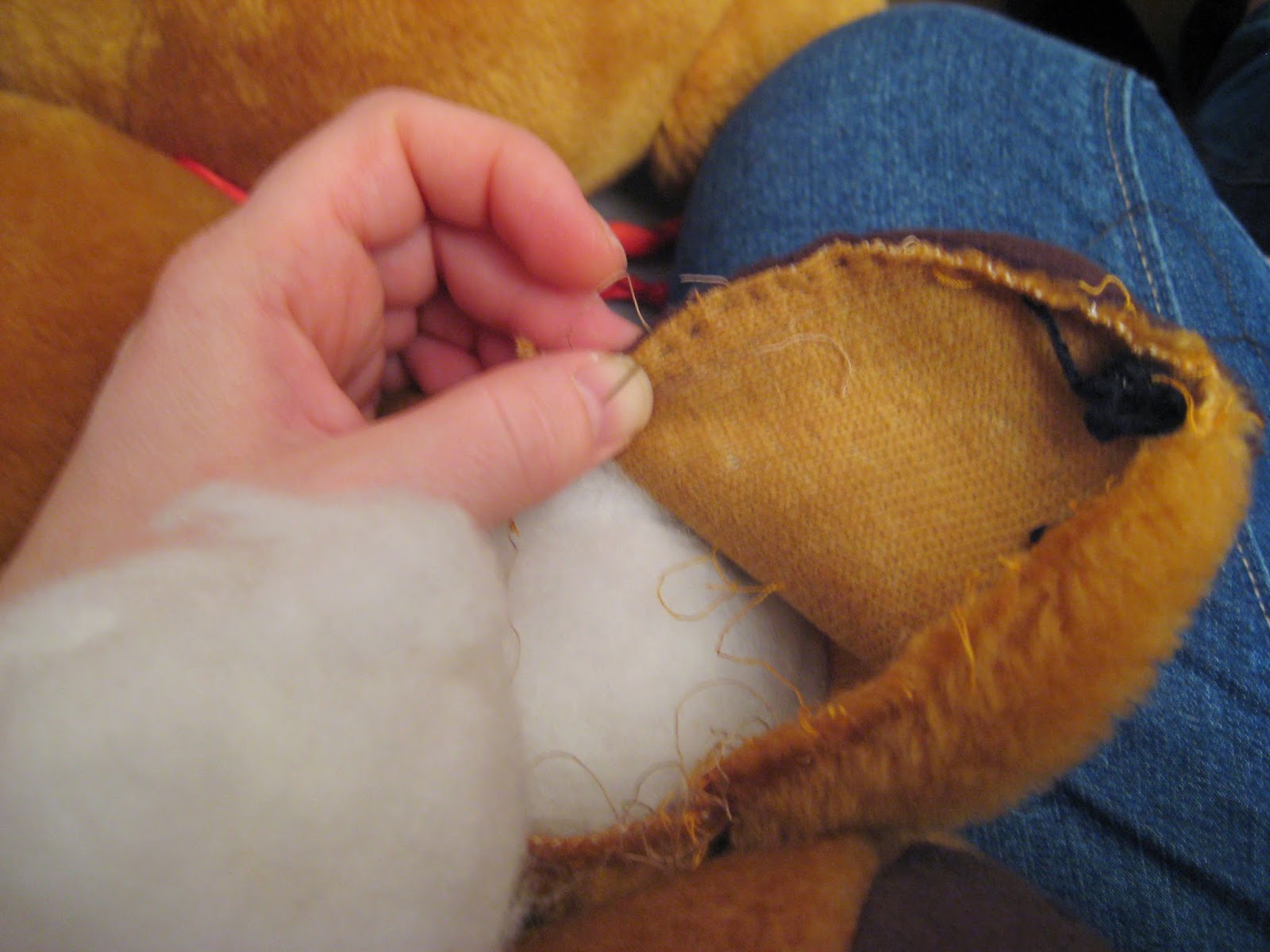 He needed new toes too. 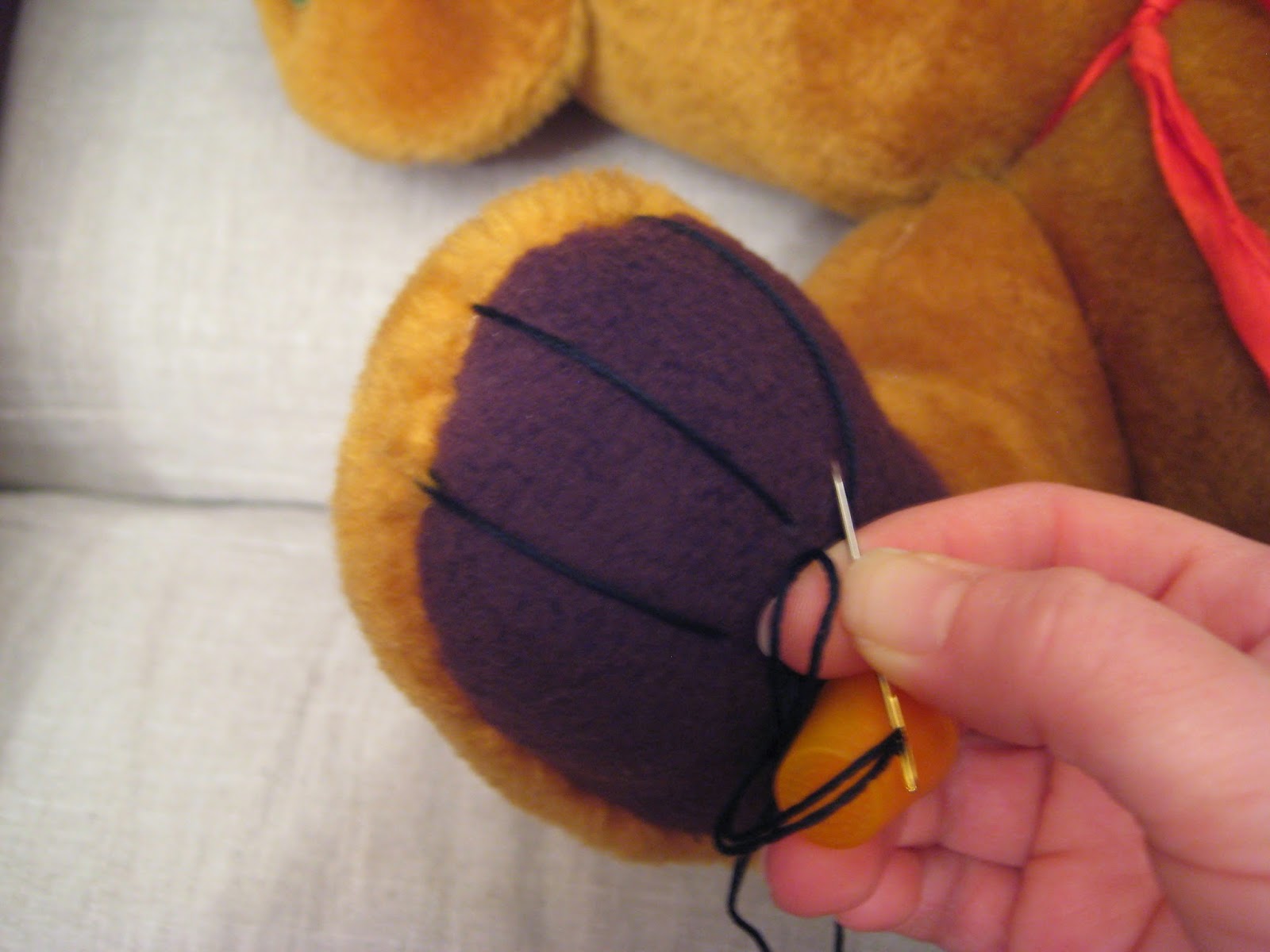 And a new ribbon. Doesn't he look soo much better! 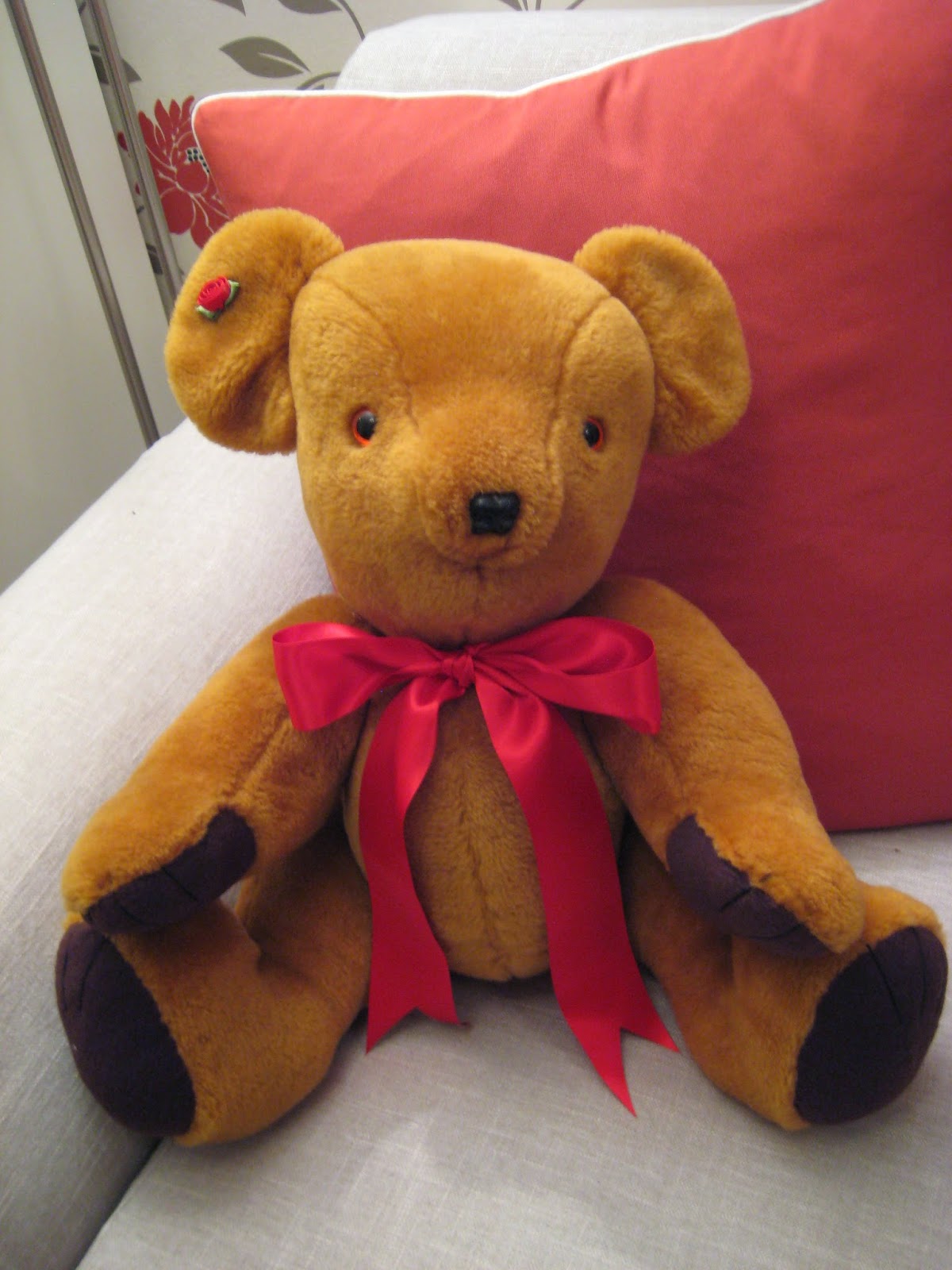 I suppose with his new paw pads, he's part polar-bear. And I do feel a bit like a miracle worker.
Posted by Zoe at 17:00