A lot of off the rack 'body con' dresses are made without any darts at all, depending on the stretch in the fabric to create the contours.

That's all fine and dandy if you're dealing with a firm body without too many extreme curves, but if you're particularly curvaceous or even the littlest bit squidgy, you do run the risk of either losing definition by going too loose, or looking like you've wrapped yourself unflatteringly in some kind of clingfilm. By adding darts, you can get a nice shape around the best bits, without too much squeeze on the huggable bits.

So for this post, I am taking the Basic Tank Dress (or t-shirt dress) and adding vertical darts to the front. I've already illustrated including bust darts and back darts in earlier posts.

This is super easy, and makes for a more fitted shape under the bust. Since this is stretch fabric, the dart is not as deep as it would be on a woven fabric. This drafting is for stretch fabric only.


The Basic Tank Dress or T -shirt Dress was built on the darted tank top, already includes back darts. You will need the bust point, under bust line and waist line marked on the pattern. 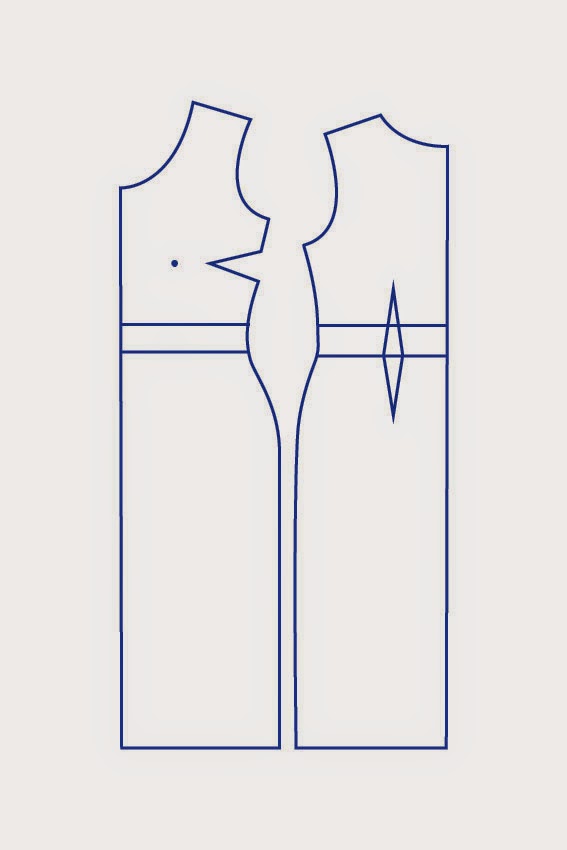 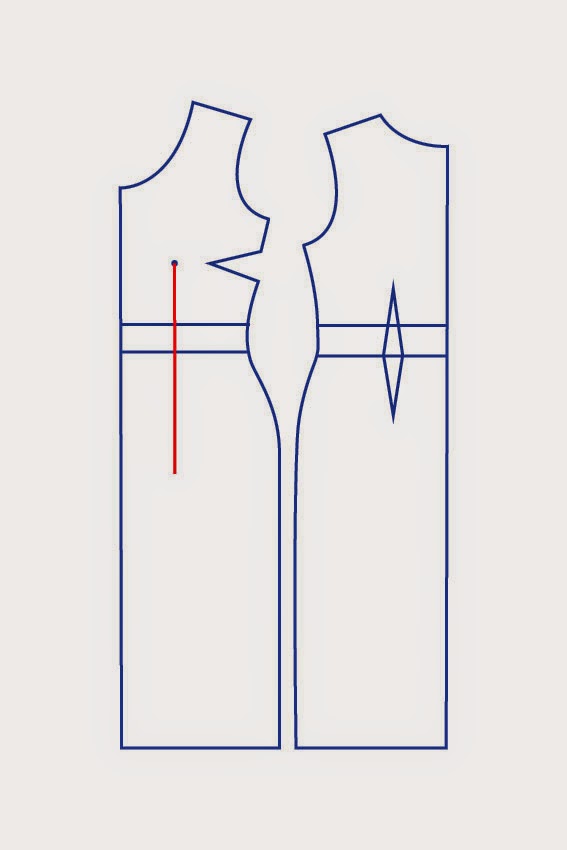 This creates two intersections.
I mark a point 3cm below the bust point. 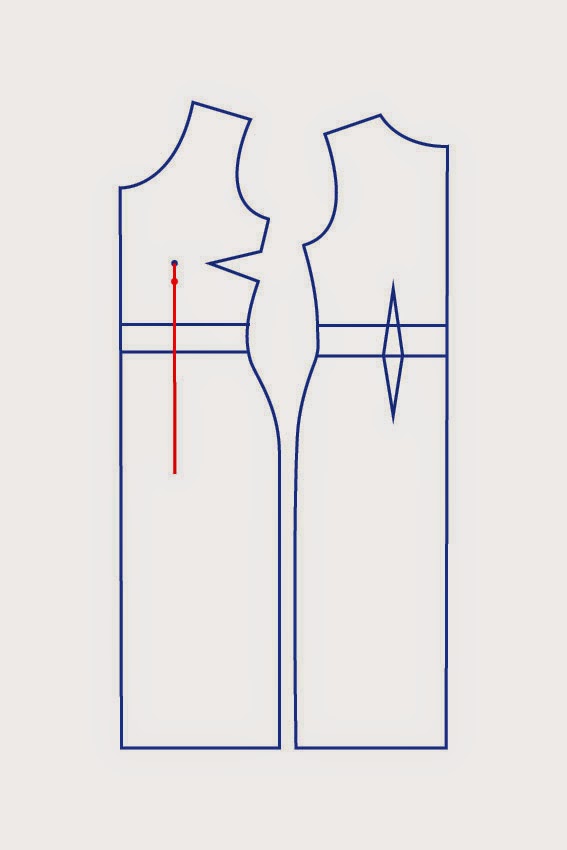 For many of us, the thinnest part of the body is under the bust. I found from my previous makings of the tank dress, I want to bring the dart in 2cm under the bust, and about 1.5 cm at the waist.

This is easy to test, you put your tank dress on, and pinch and pin to make sure you've got the right amount. It makes a funny shaped dart, but a lot of the waist shaping is already in the pattern piece.

I mark in those points on the intersections. 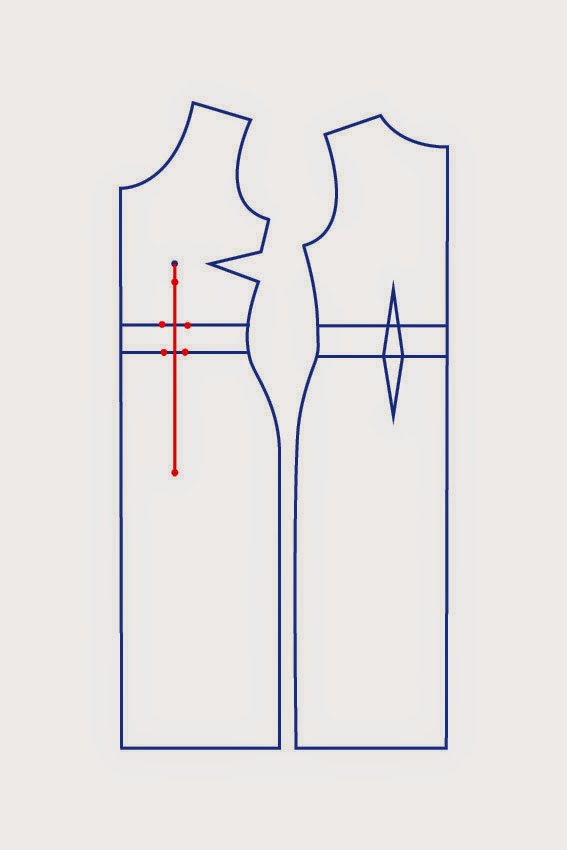 I draw in the dart according to the points. 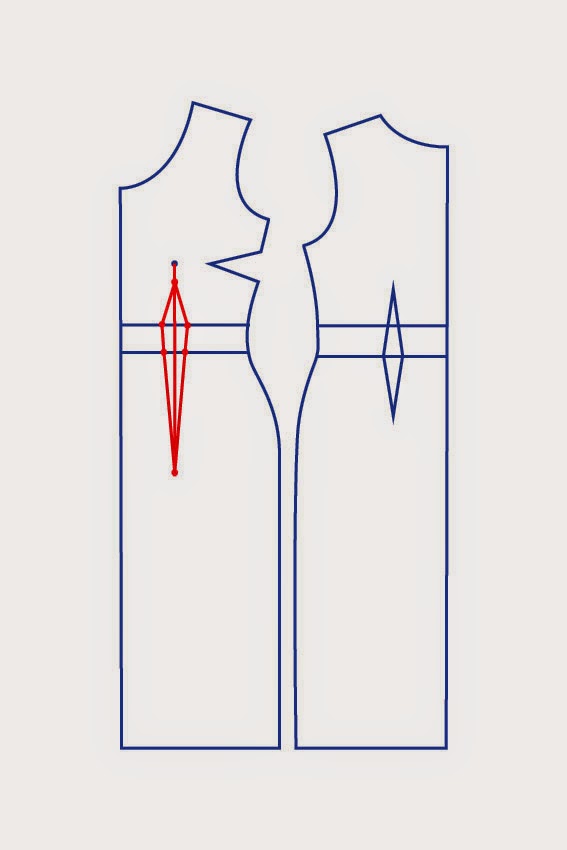 It might look a little wonky, but it does make a great shape.
If that bothers you, you can extend the waistline out by the difference and redraw the side seam to even it out. 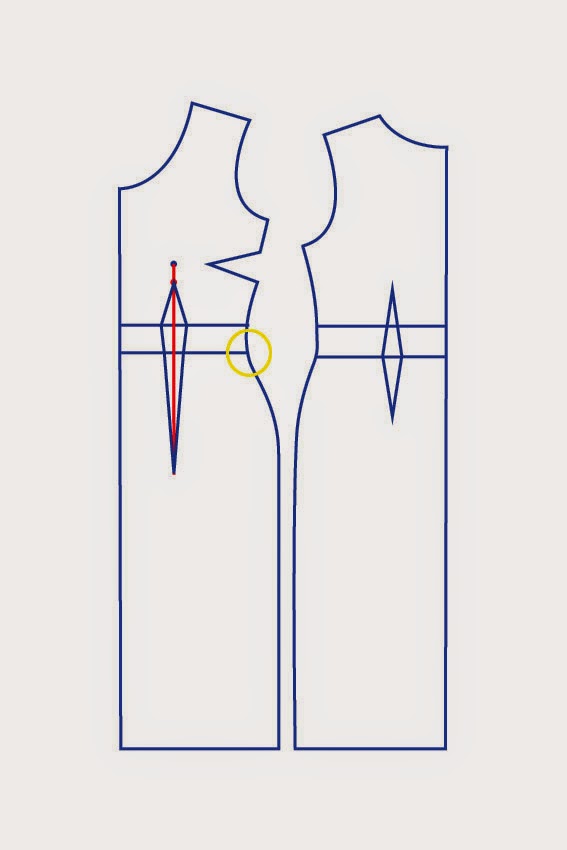 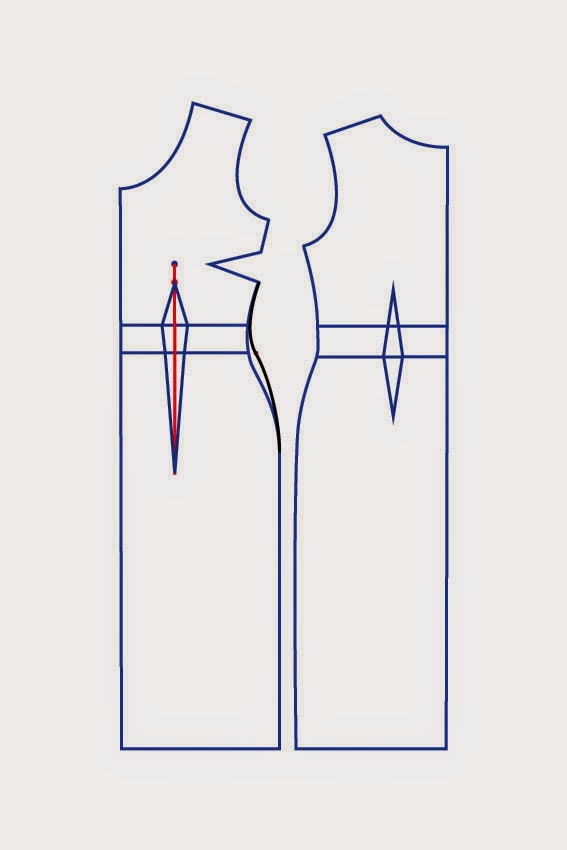 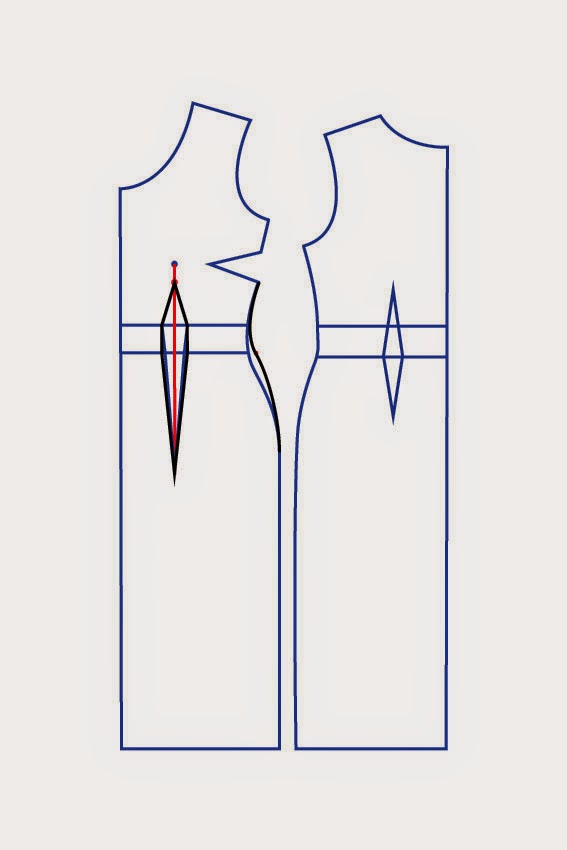 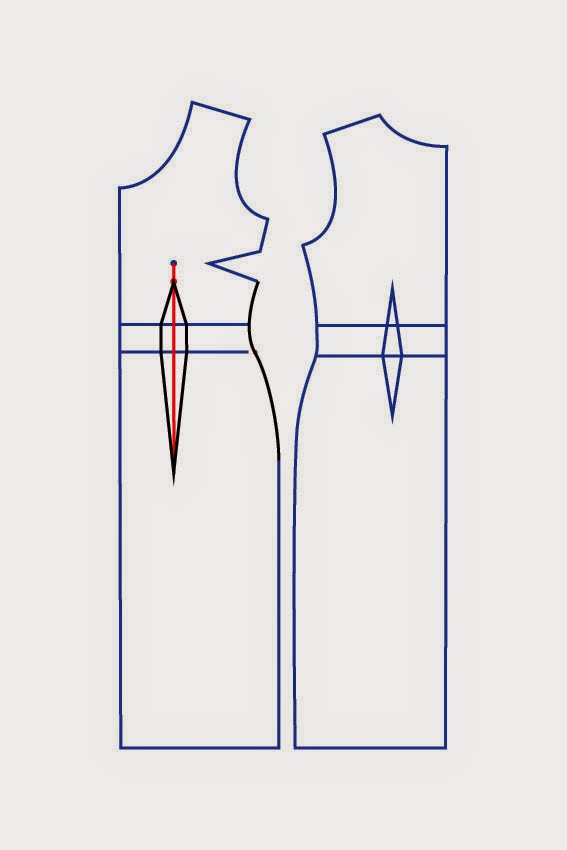 The first time you make the pattern with the front darts, you may want to baste them first and test the fit.

You may find the front hem lifts a little because of the contour, in which case curve the front hem line to be about 1cm lower directly under the bust points, rather than completely straight across.

These are a couple of quick dresses I whipped up to show the front darts. I've put sleeves on the darker dress as the weather is cooling off. The pattern for the sleeve is copied off the original t-shirt pattern and then extended. 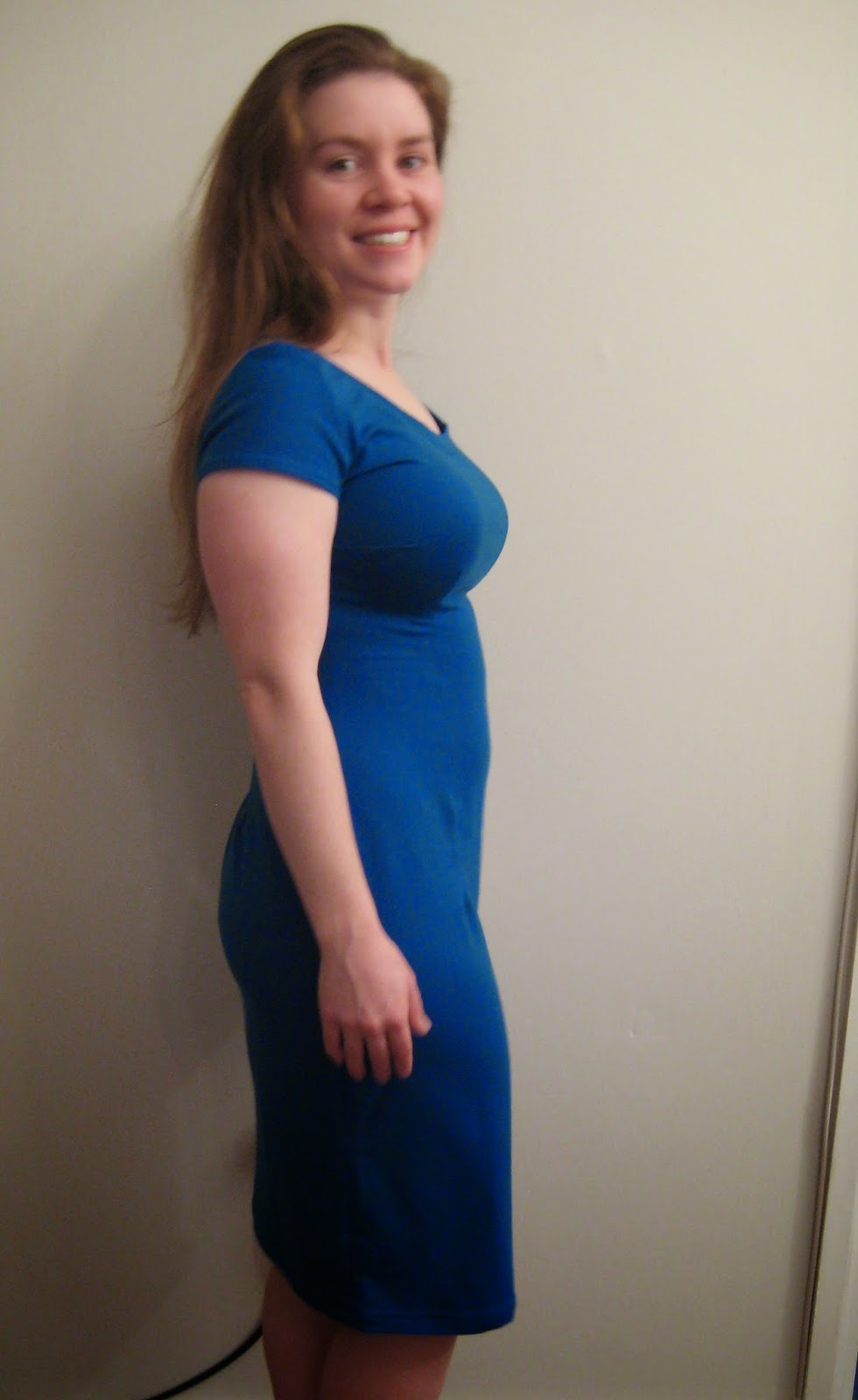 Looking at the darted version alongside a similar dress with no dart: 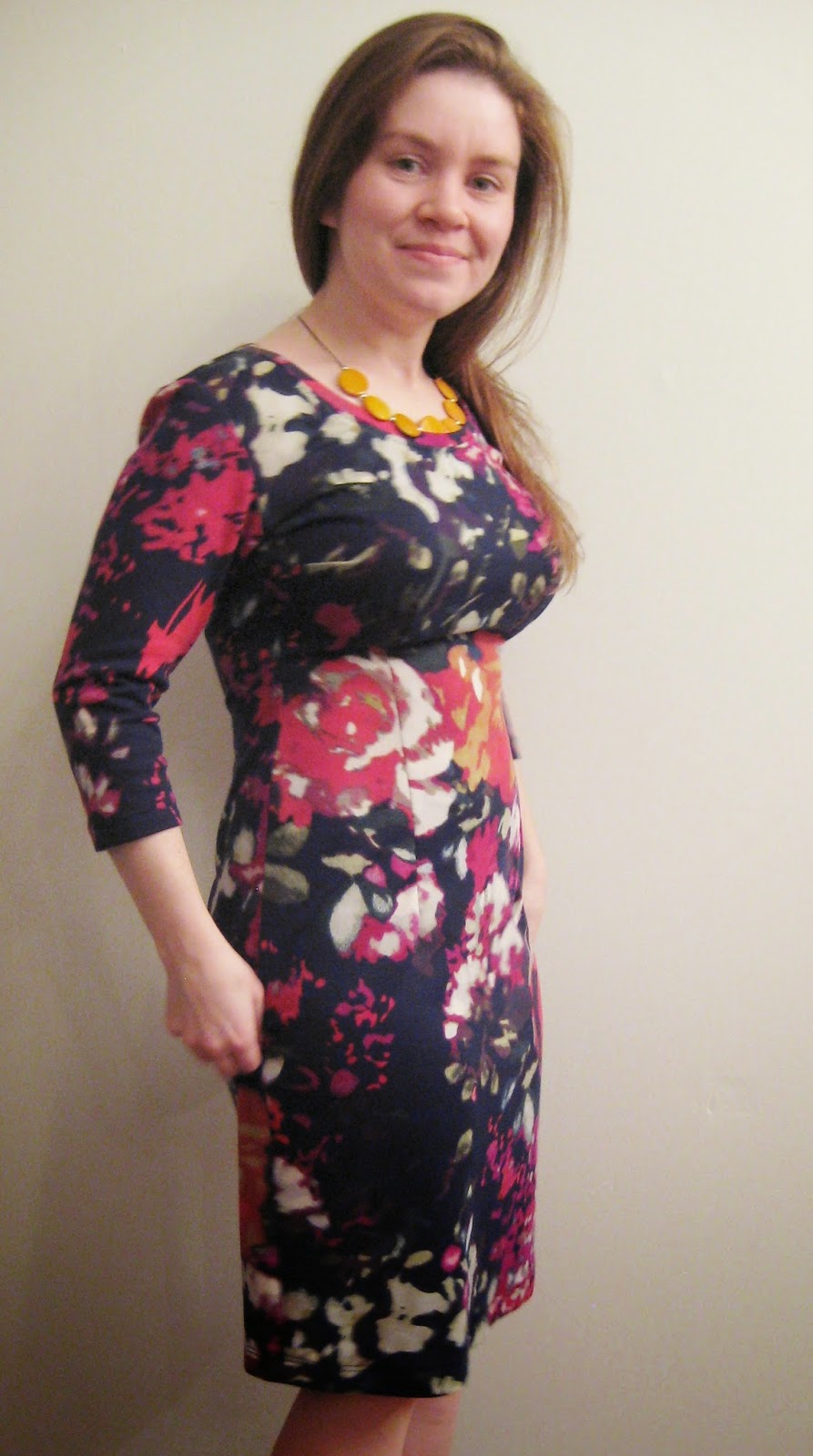 You can see the difference in the contour here. (I'm trying to find a dignified way to say 'look at my bust' but it's hard). The t-shirt dress without a dart doesn't hug as closely. Both are perfectly wearable, but in terms of building other designs, the closer fit is very useful. The Cerise Snake dress has a shaped band under the bust which needs to sit closely, and I did effectively put this dart in there, albeit in a different way.

ANyway. It's been fab. Catch you soon! 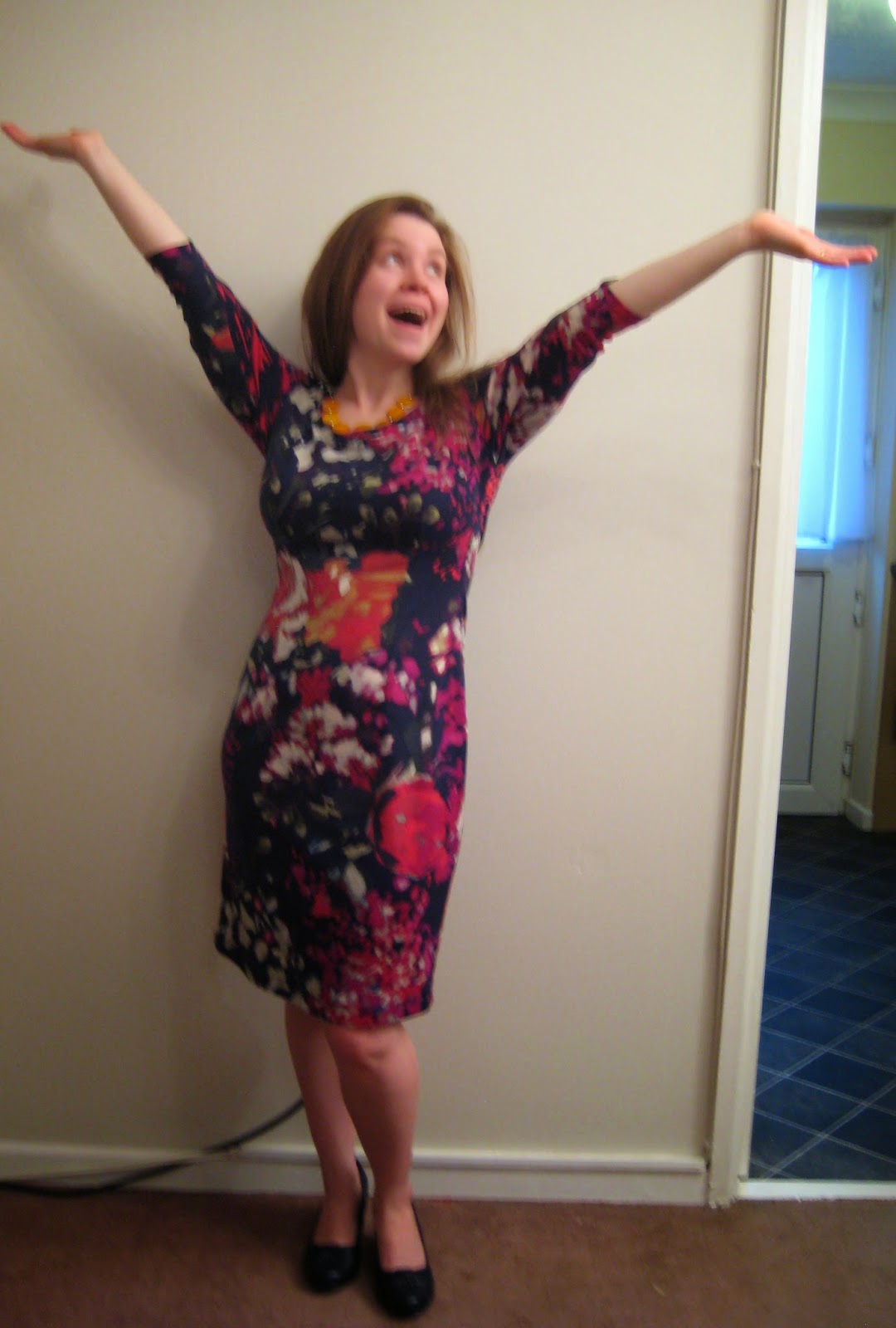