For Christmas, I made a Go Everywhere Bag (direct link for free pattern in google drive here, and original post about bag pattern here) for my mother in law. But I made it a bit special. Of course, I couldn't show you before in case she saw! 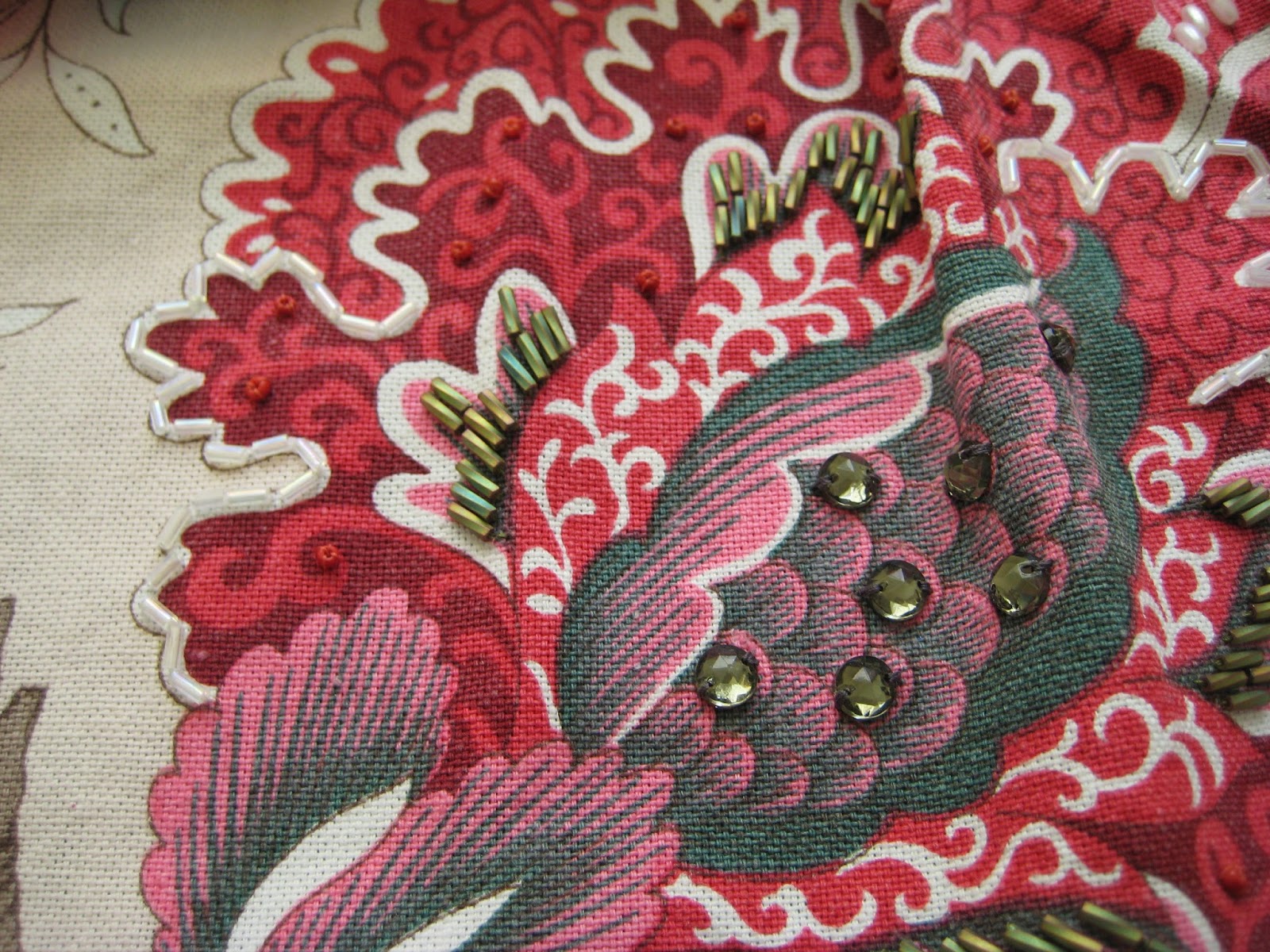 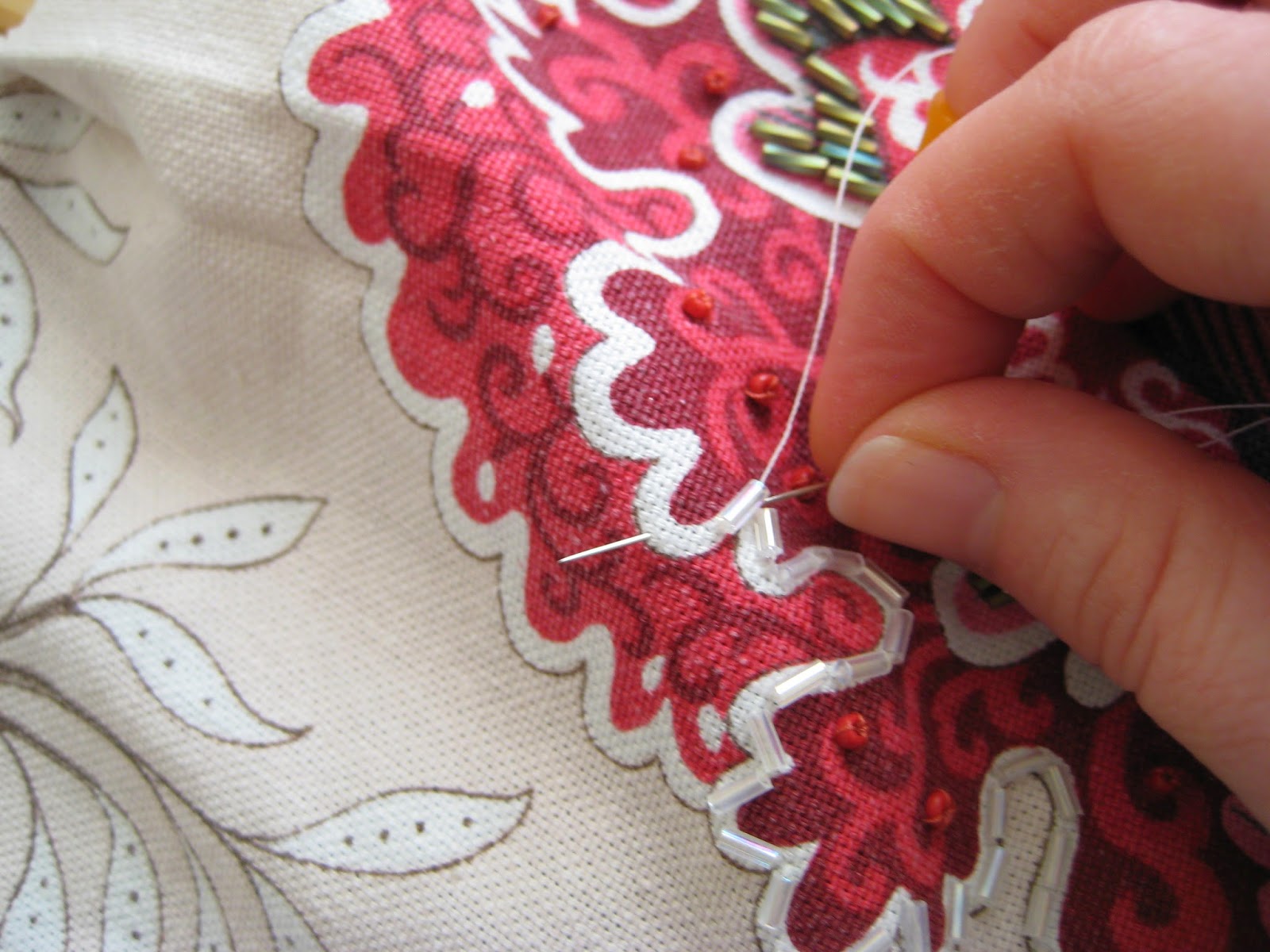 I worked an assortment of beads over the print. Most of them are beads I've gathered along the way, and have pulled out of my collection. Some of the green ones are from Mogo in New South Wales (Australia) others from Tasmania (Australia), and the red ones are from a necklace I bought in Cambridge (UK). The bead work took ages, but was just soo pretty! 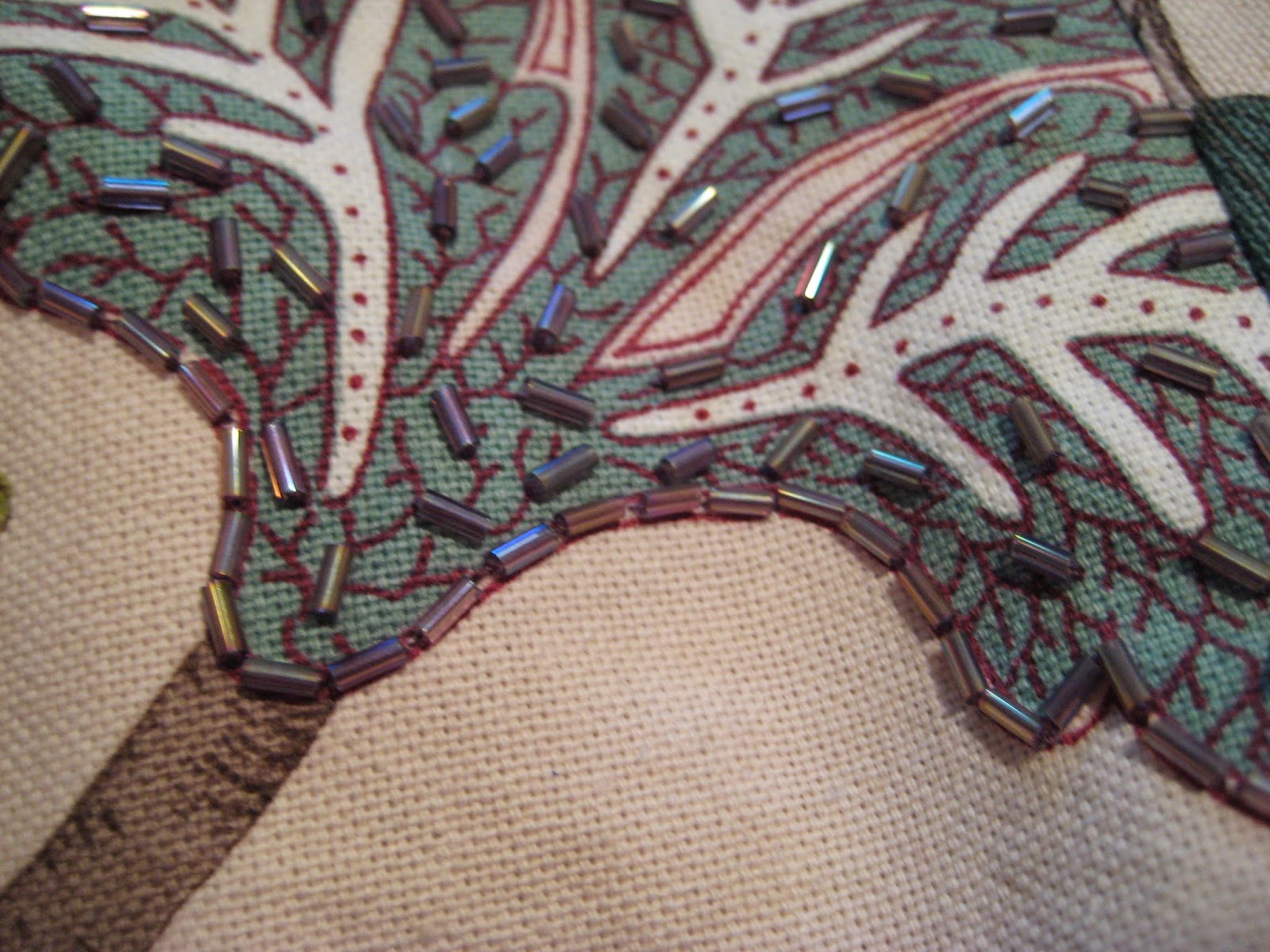 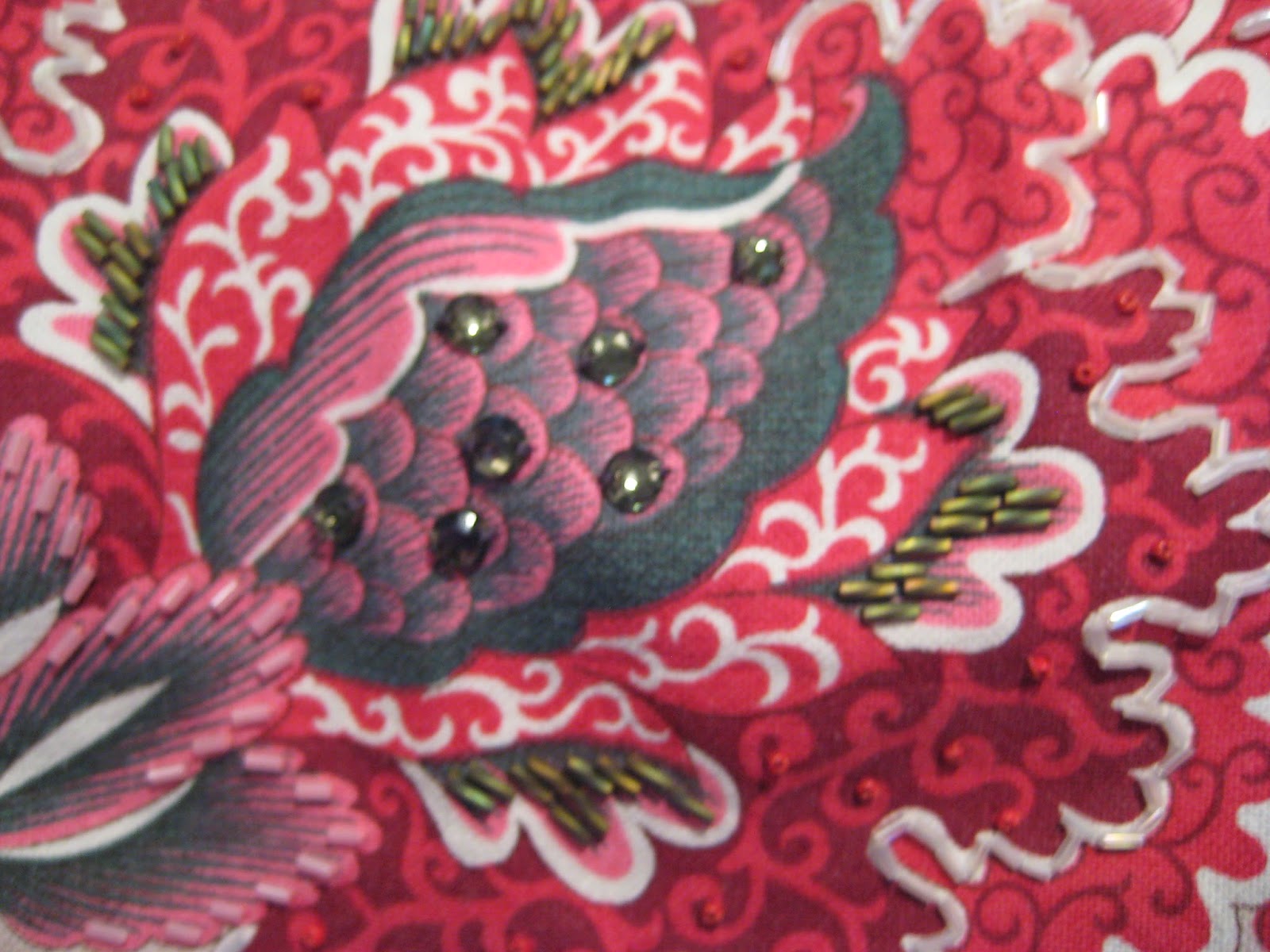 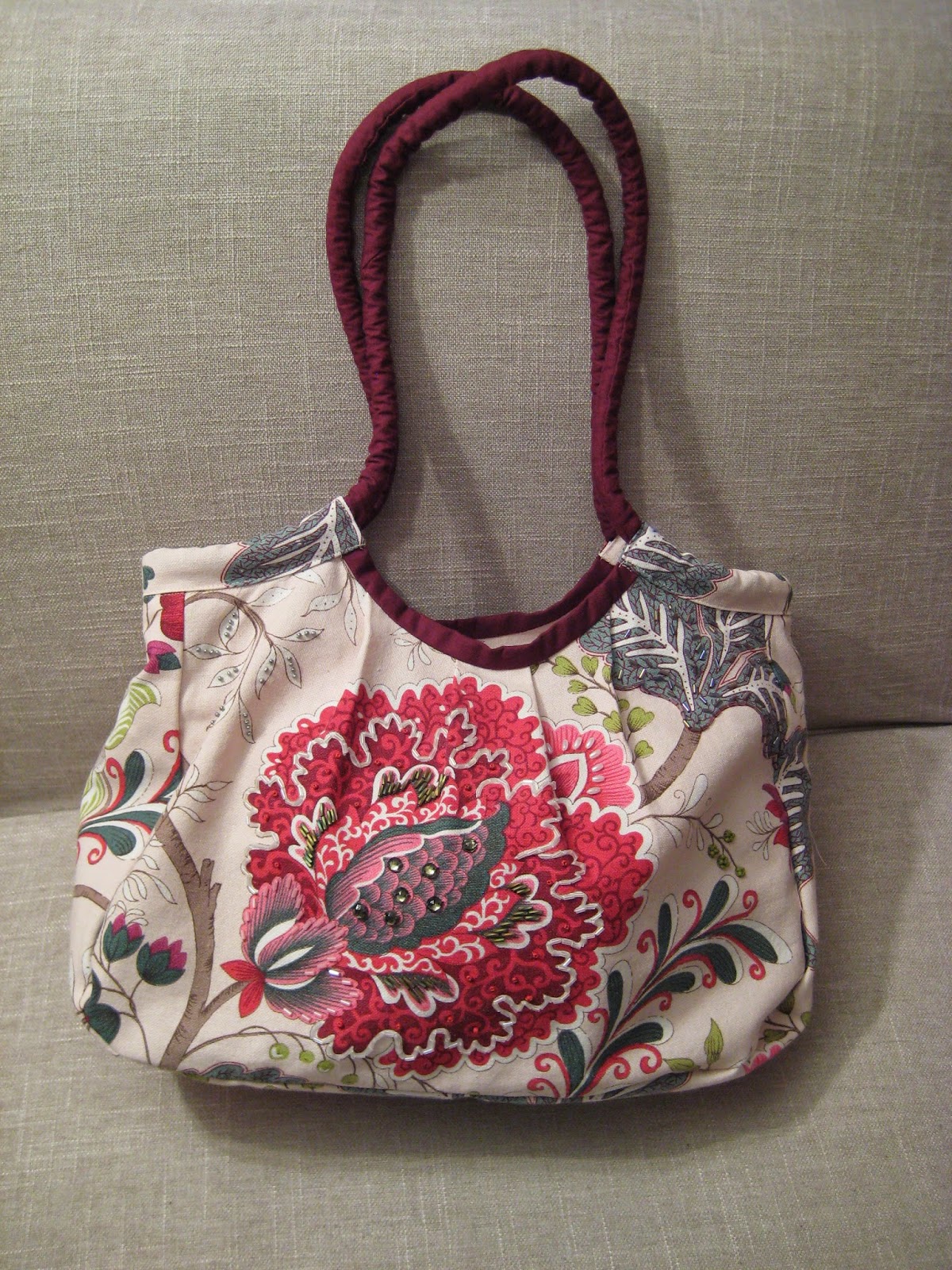 It was well received, and I was very pleased with it. Even if I did leave putting the handle on to Christmas eve.

Of course, as much as it is better to give than receive, receiving isn't all that bad either. 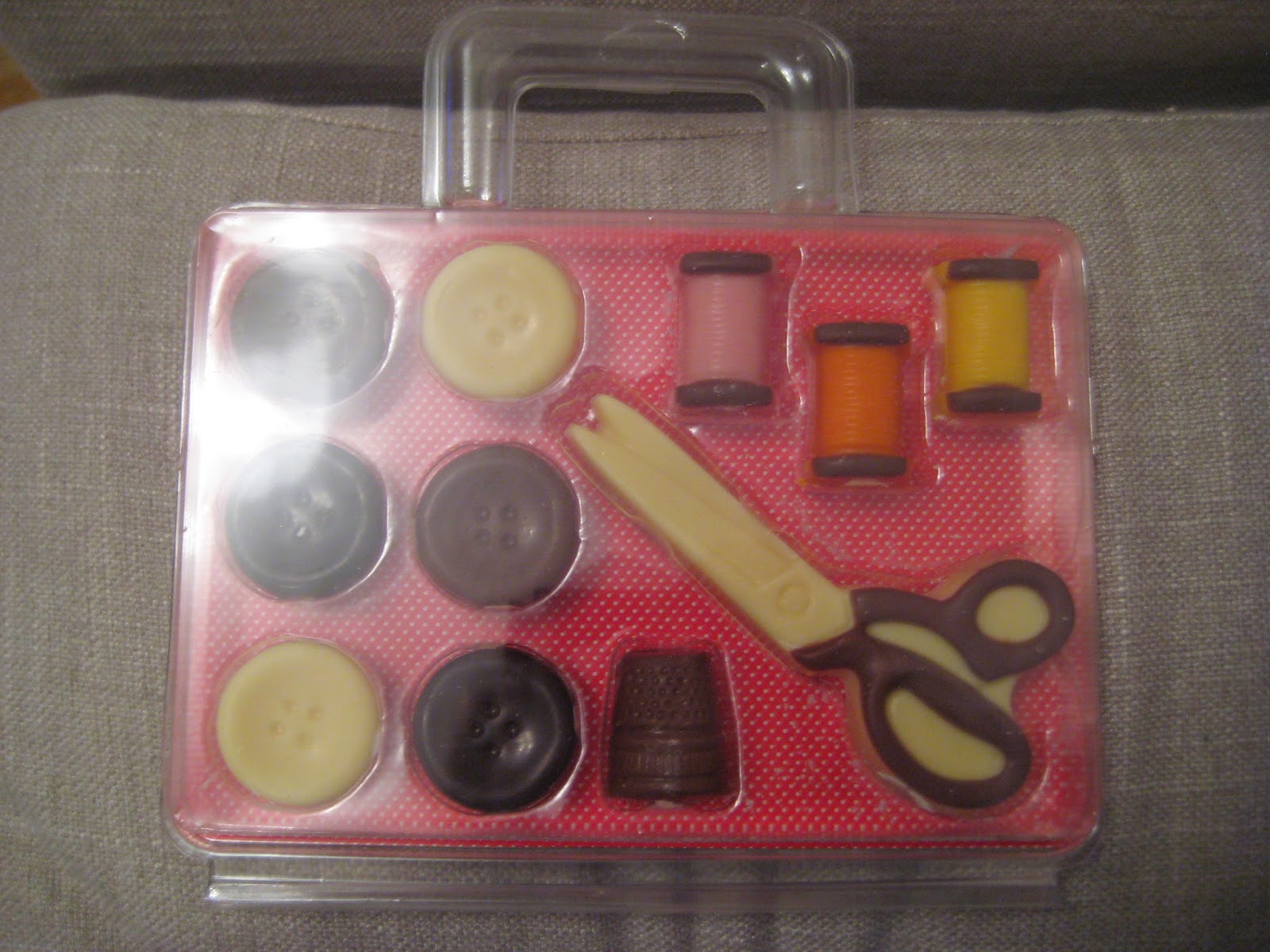 This kit is rather impractically made entirely out of chocolate. What a shame! 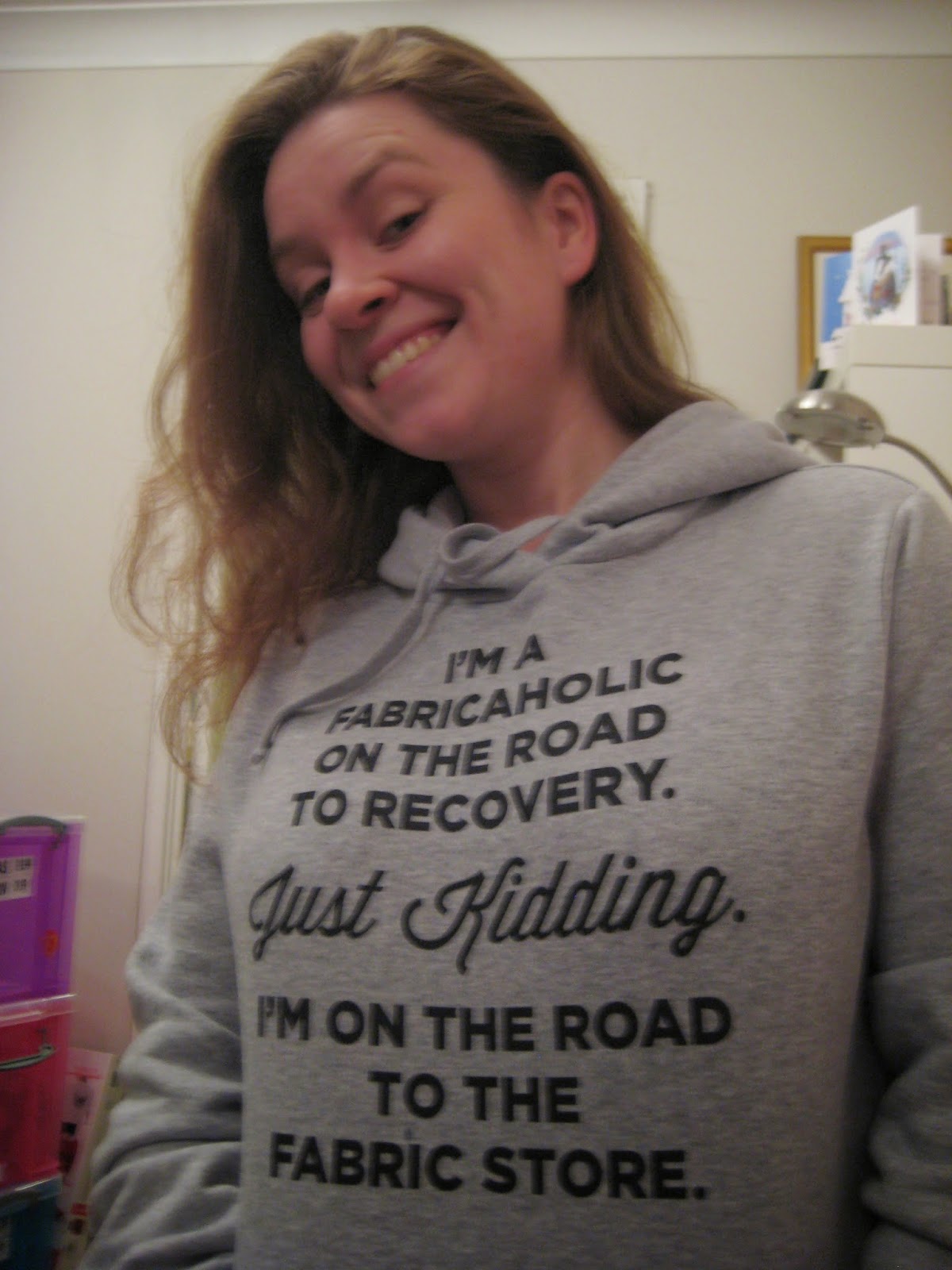 And this. Which made me laugh out loud, but elicited a tolerant and knowing sigh from my dearly beloved. (I also received a voucher. I don't mean to brag, but I've spent it already...)

I hope you all had a wonderful holiday!
Posted by Zoe at 18:21