This is our sofa as it looks today. 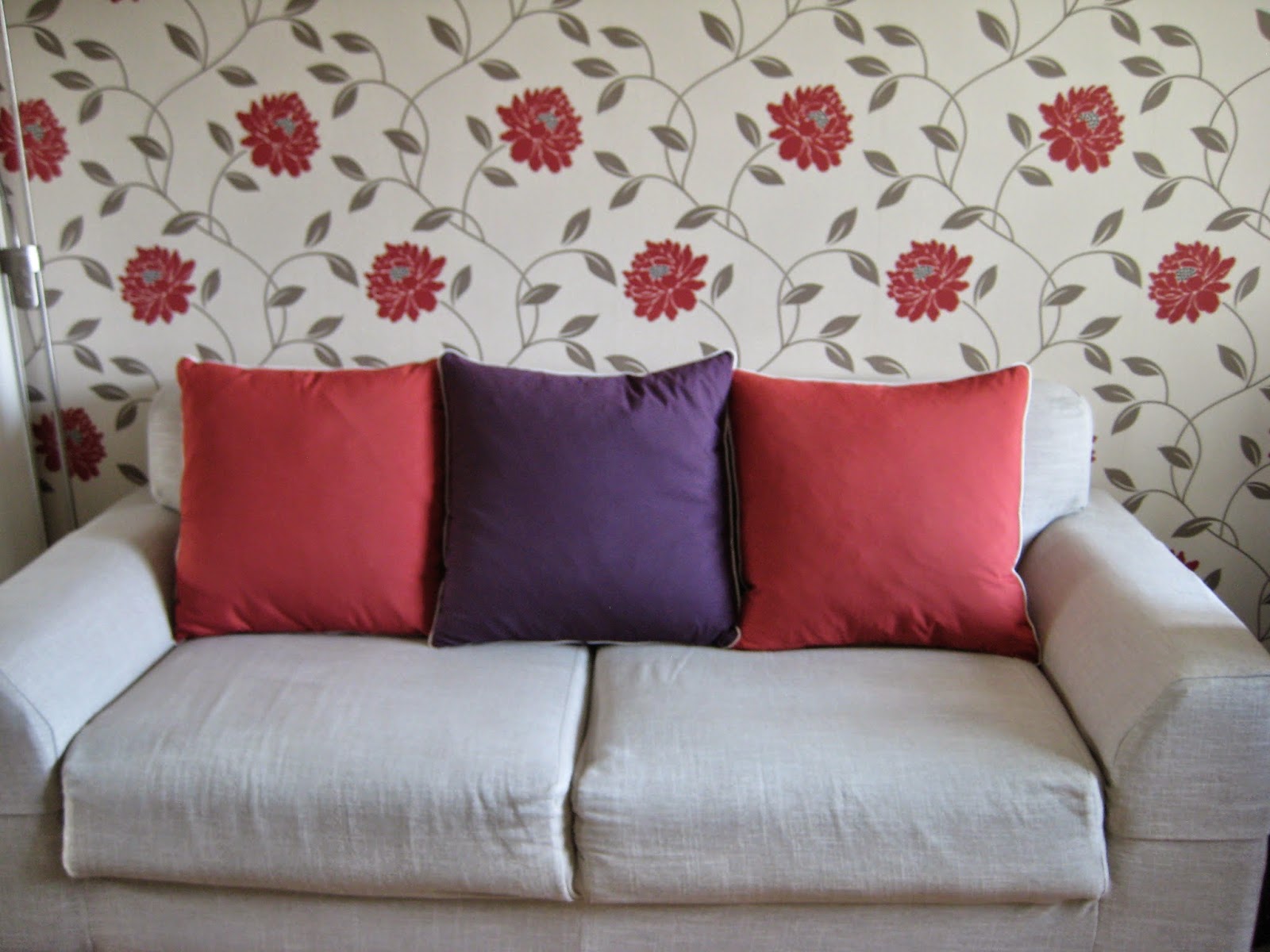 I did consider pressing the crinkles out. And then I thought, nah. A sofa needs to be somewhere wrinkles are acceptable.

Back in January, we had this: 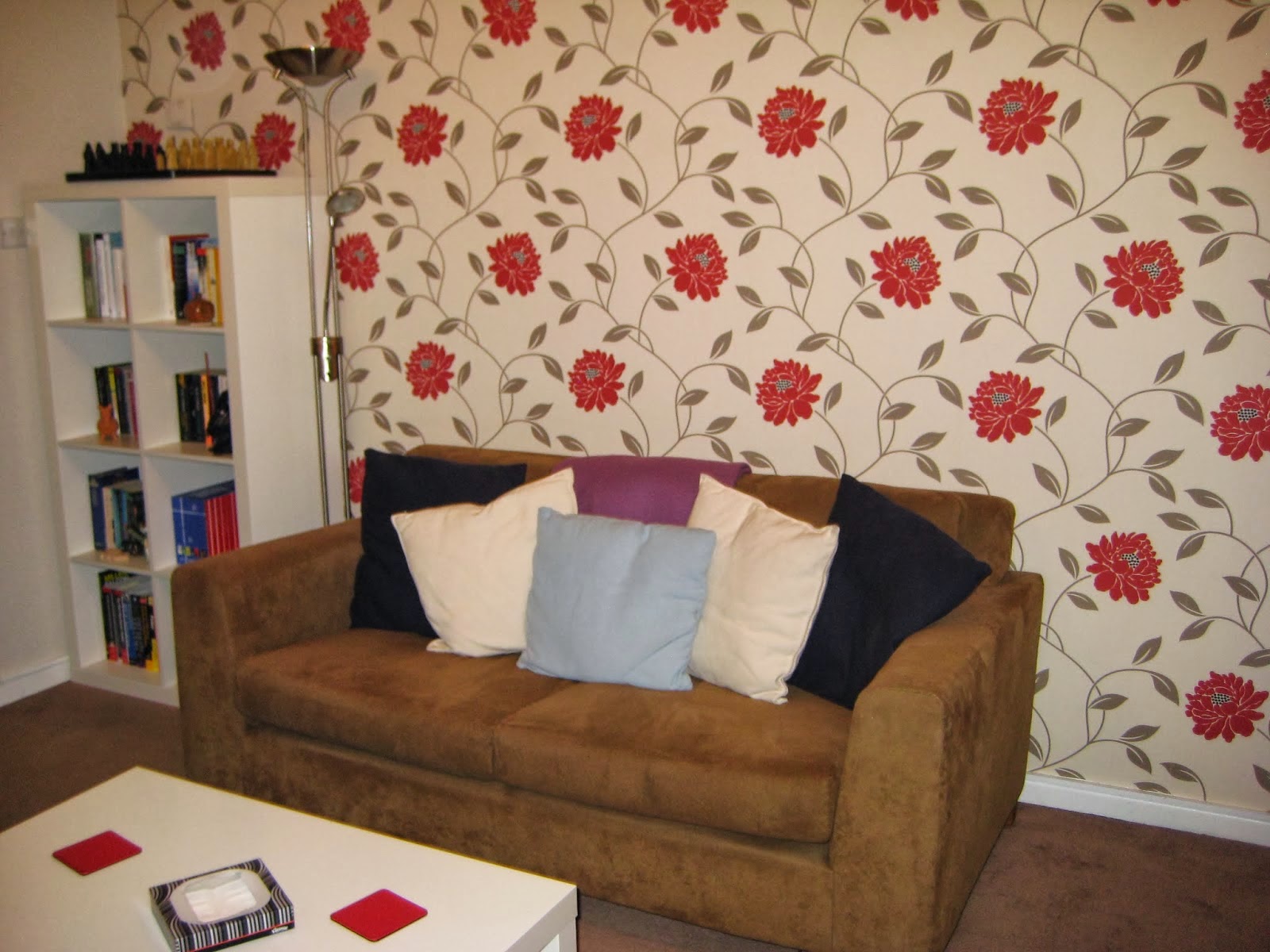 The brown sofa was quite uncomfortable. We had been shopping around for new sofa with decent support. We found 'Multiyork', a company that makes good sofas with long warranties and removable covers. You can pick the density of your cushions and stuff too. As luck would have it, Jon found a second hand but rather new Multiyork sofa on ebay. We went to the company and had brand new covers made. So we have a near new, looks brand new sofa for a fraction of the cost. How economical, and environmentally friendly is that? We freecycled the old one.

Although we had the sofa itself recovered, I wanted to make my own cushions. You may recall I was looking for my piping cord. I am delighted to report that I found the piping cord. It was safely placed in a safe place where I wouldn't lose it. Duh.

I ordered the fabric, cut out the front and back, and then sat back and then realised I didn't have enough left to do the piping. So I did what any rational and reasonable person would do and left it sitting half made on a chair while I ignored it for a month or so, resenting the failure that it represented, but refusing to acknowledge defeat and order more fabric.

As luck would have it, a solution did present itself. I was cutting out some muslin fabric for a toile when it occurred to me that the muslin would make a smart contrasting binding, and it would be cheap too. Pigheadedness evolved into inspiration, and I could finally proceed.

Piping makes for a lovely finish, and its actually really straight forward.

You need piping cord, and fabric.

Cut your piping fabric in strips on the bias. I have explained that here. You want to make the strips wide enough to fold over the cord and have 1.5cm on each side, OR whatever you are using as your seam allowance. 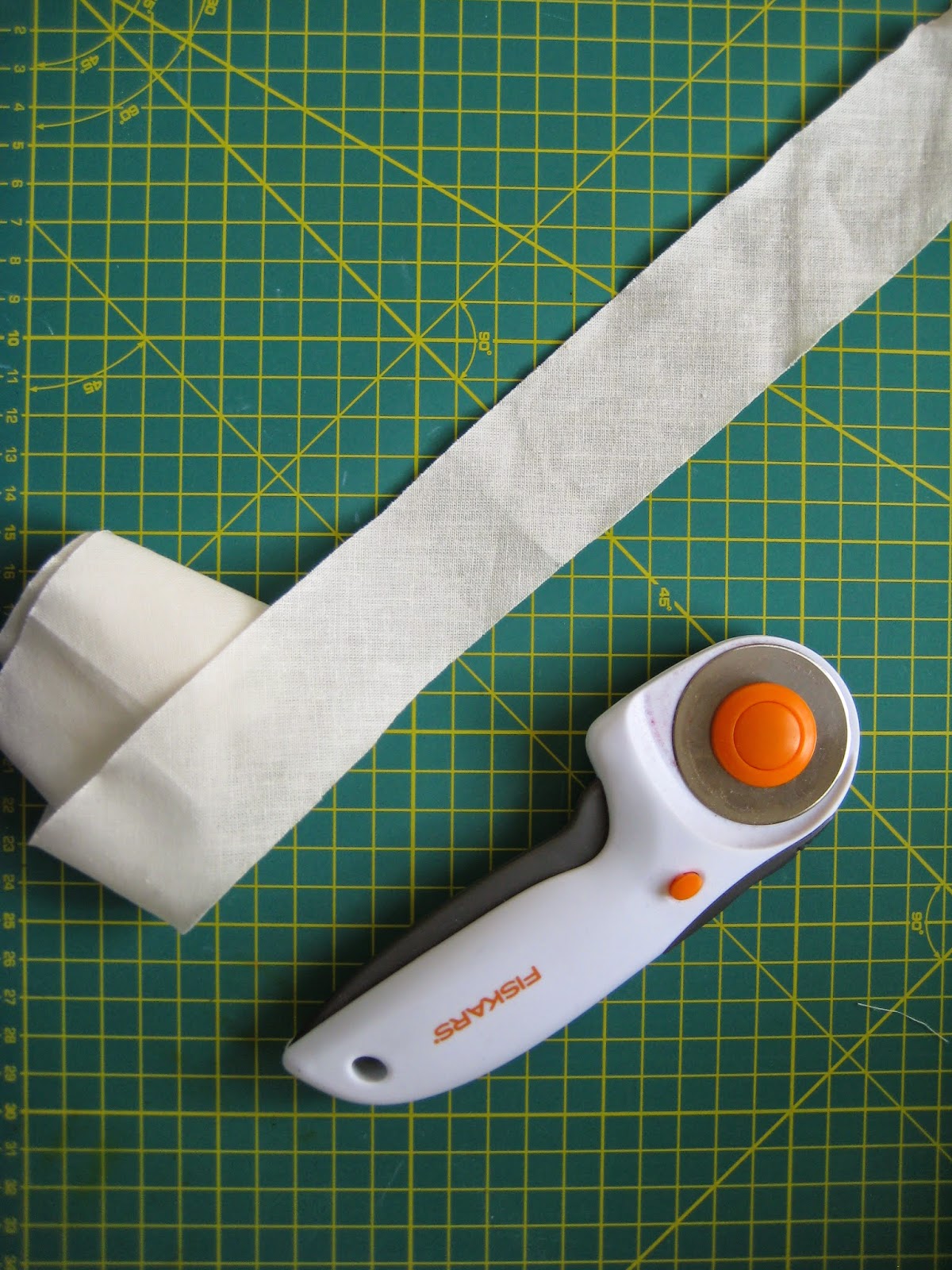 Then fold over and sew on the side. There is such a thing as a piping foot, but I am using my zipper foot. Because I don't fancy spending any more cash right at this minute. :) 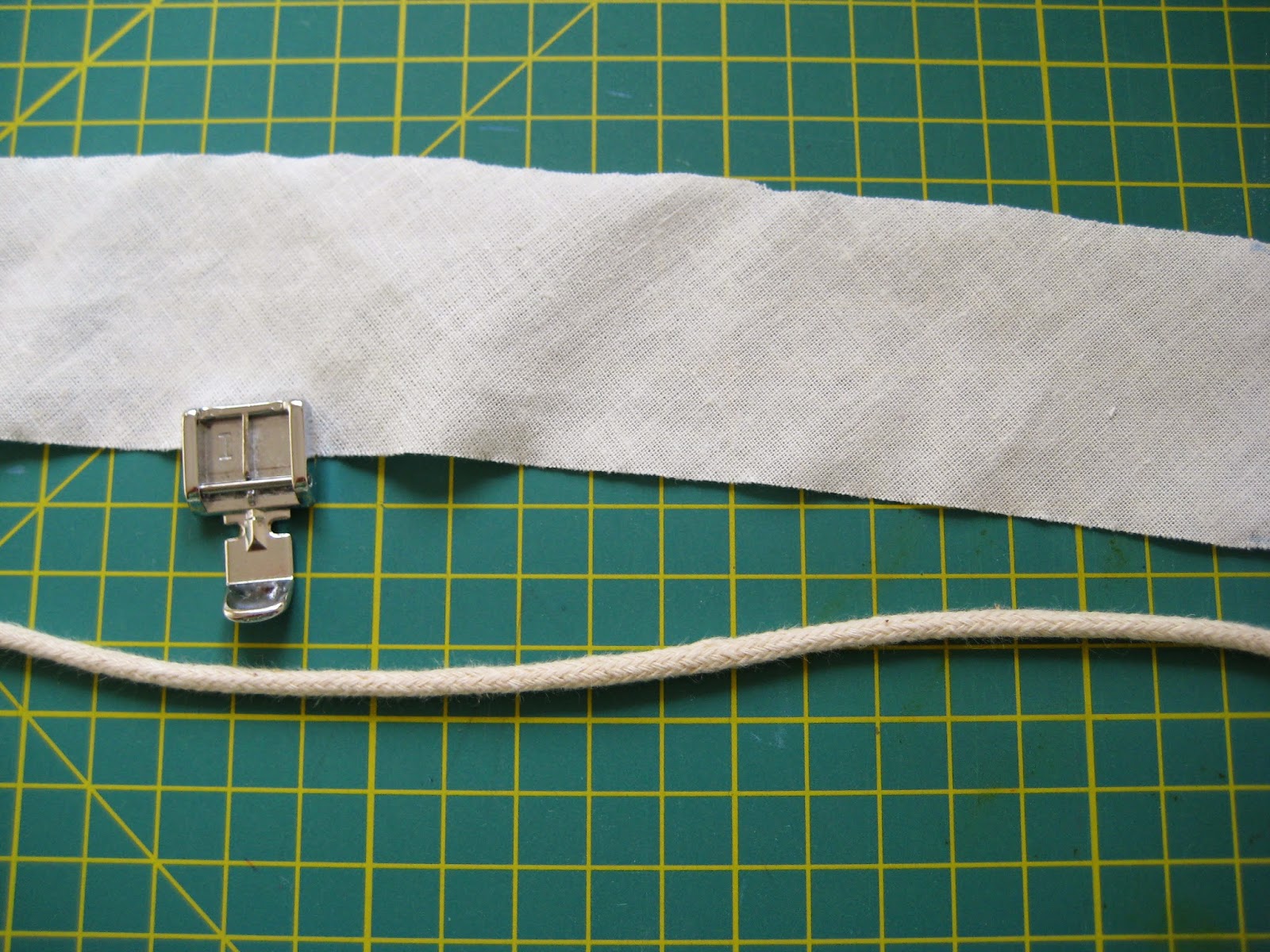 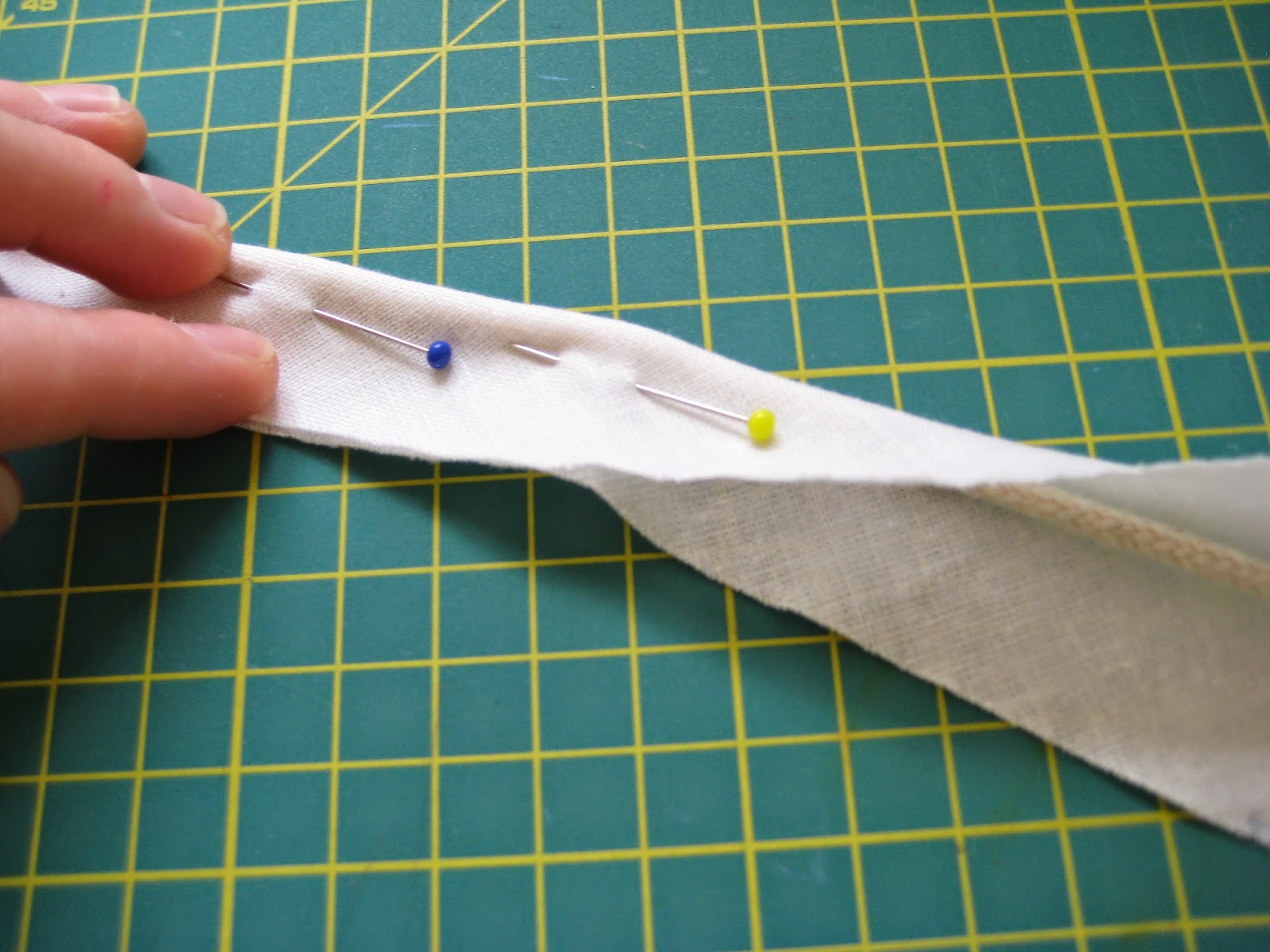 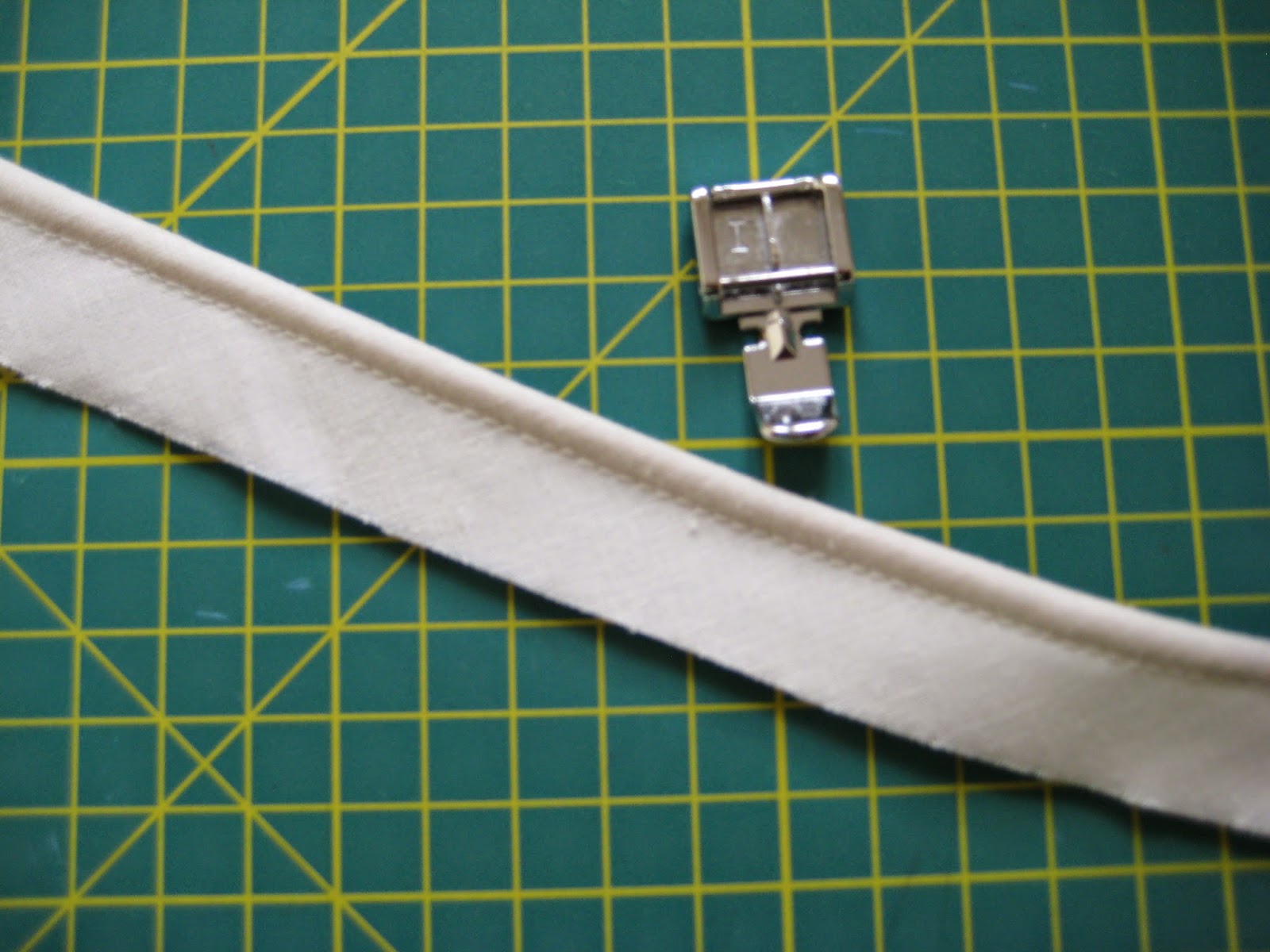 Once sewn, pin the piping to one side, against the seam allowance.
You'll note I clipped in to make a curve. 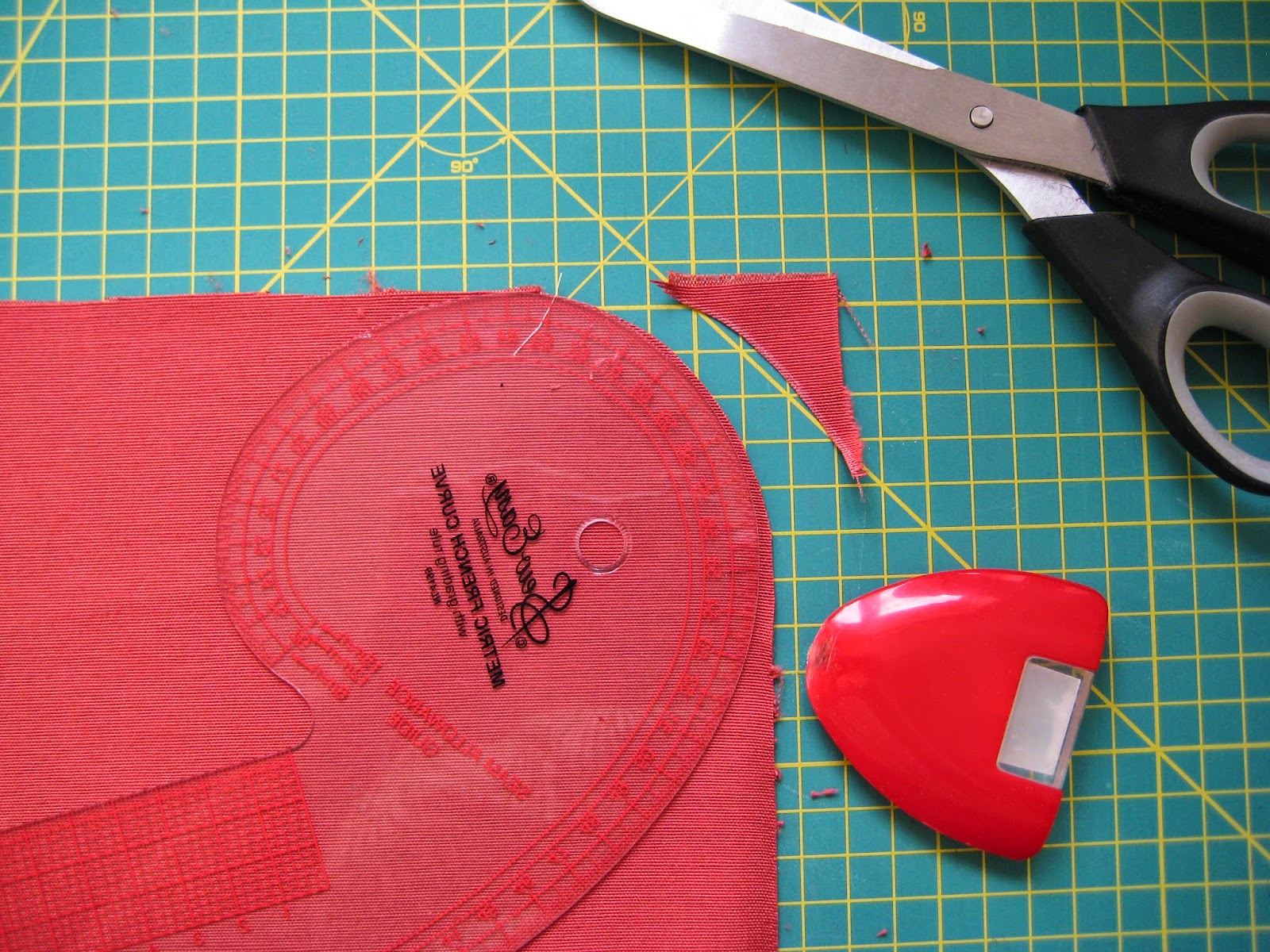 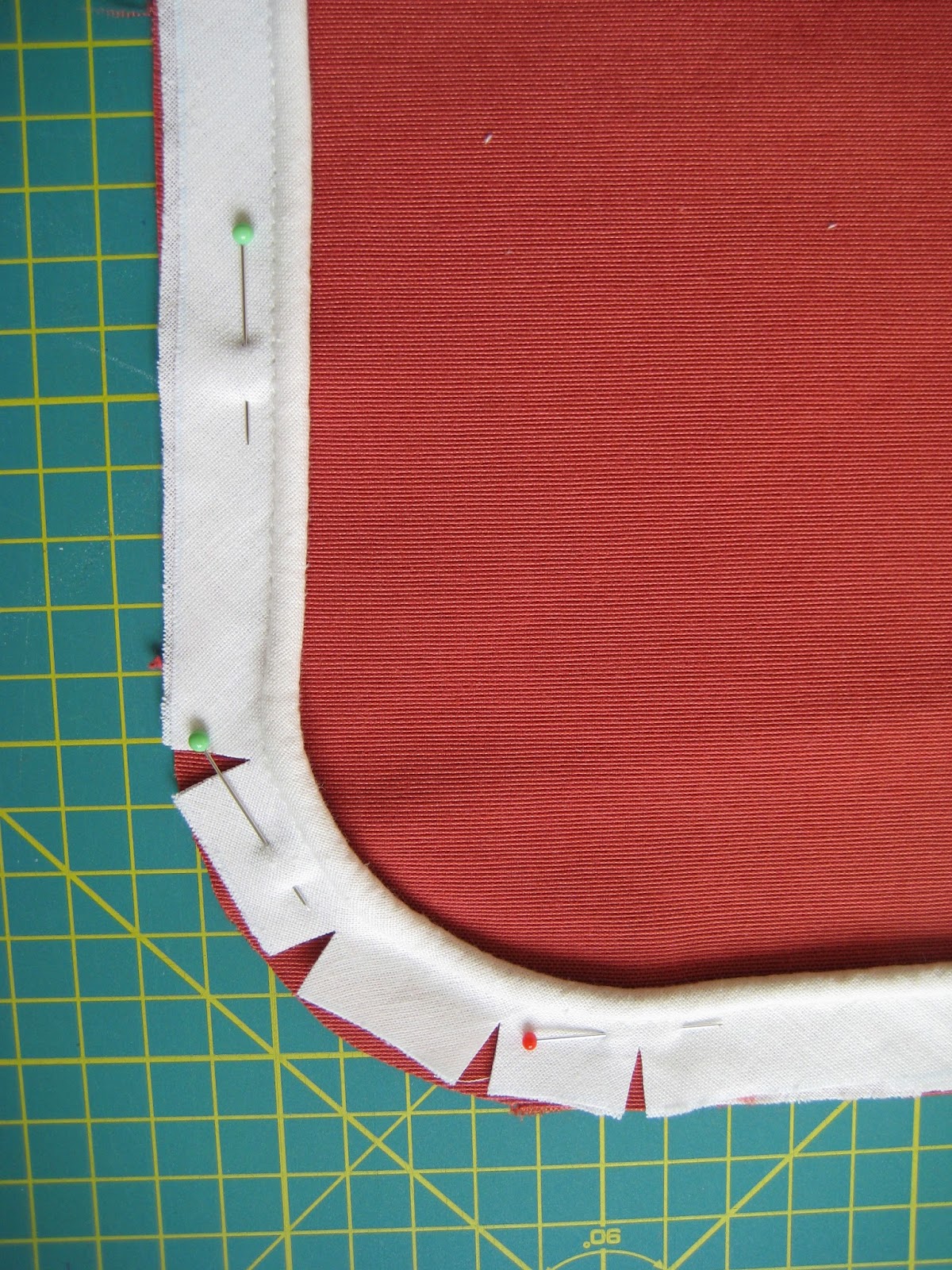 Sew that, again with the piping foot or zipper foot.

Then put the other layer of fabric on, and sew that with the piping/zipper foot too. 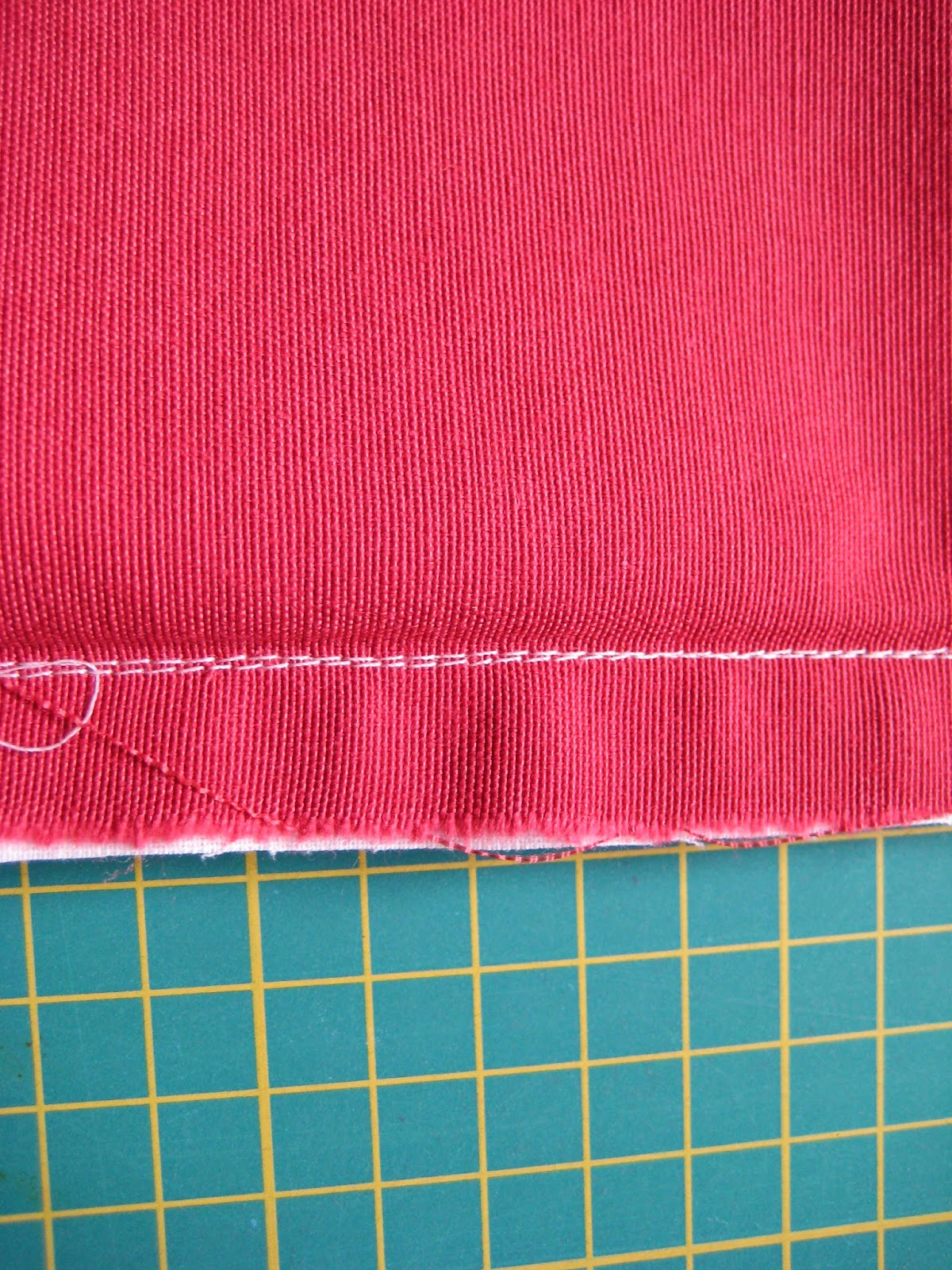 Looks like this when you turn it to the right side. 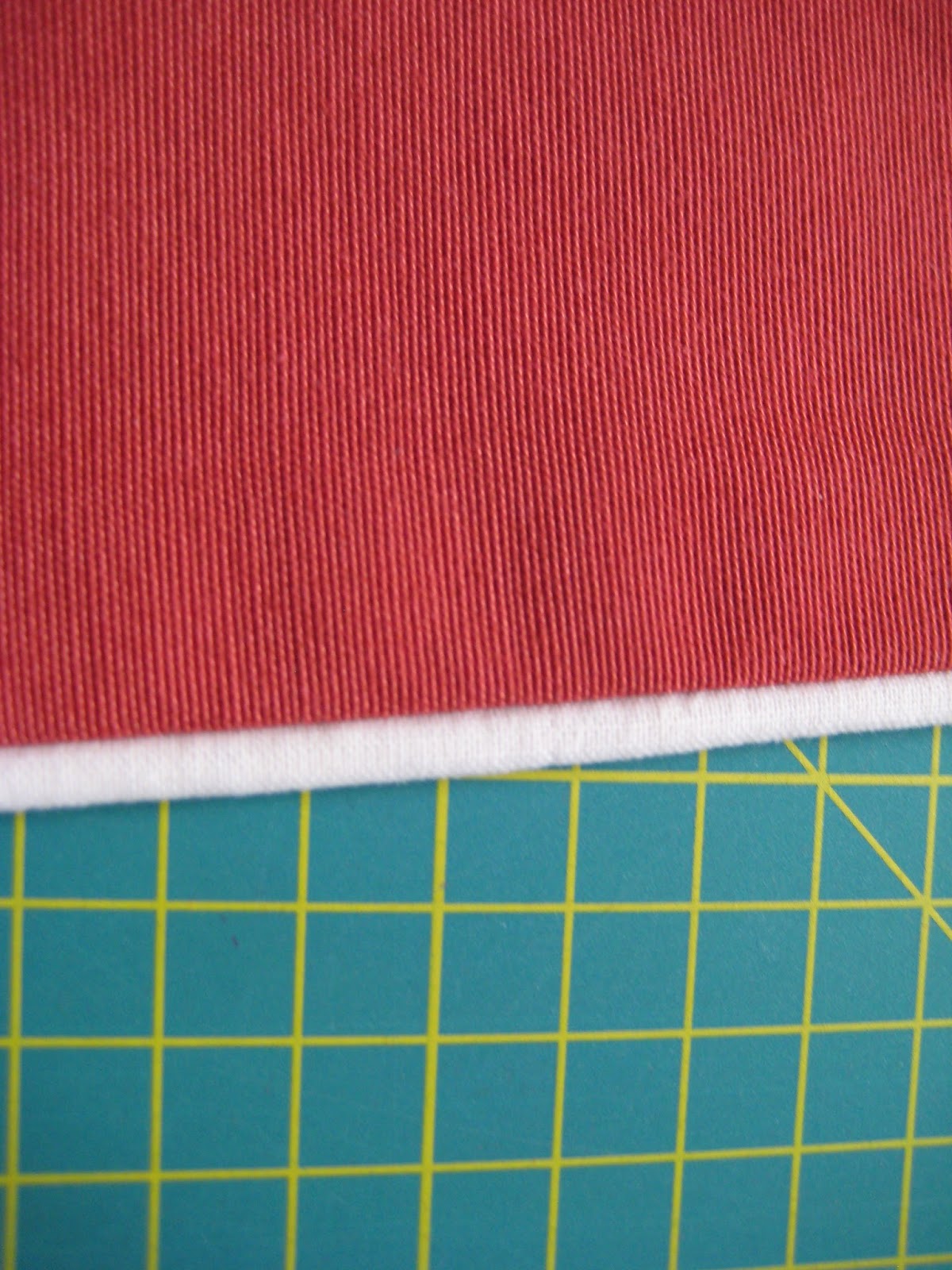 Where the piping meets, just cross it over. It's amazing how it's so difficult to see. 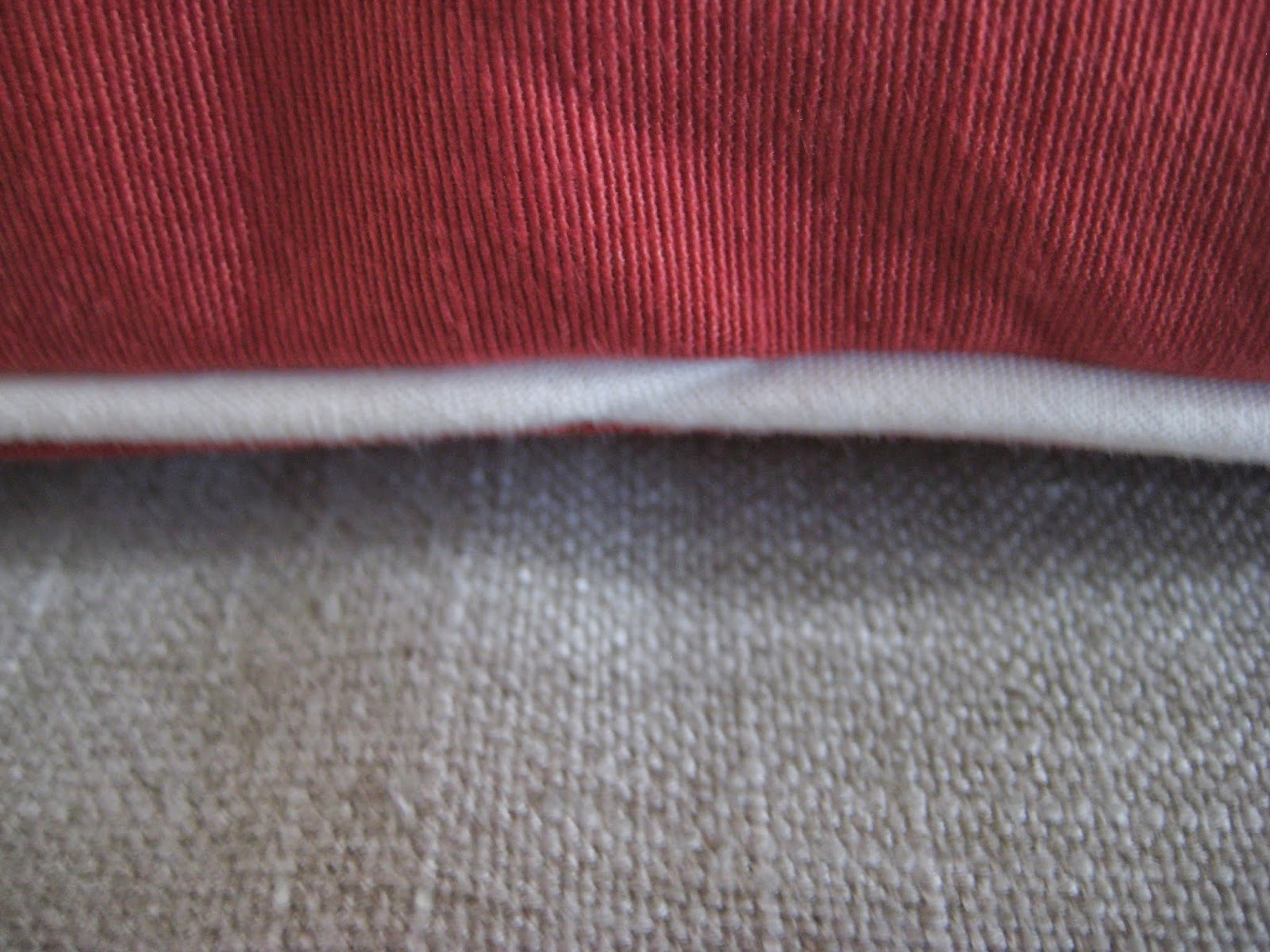 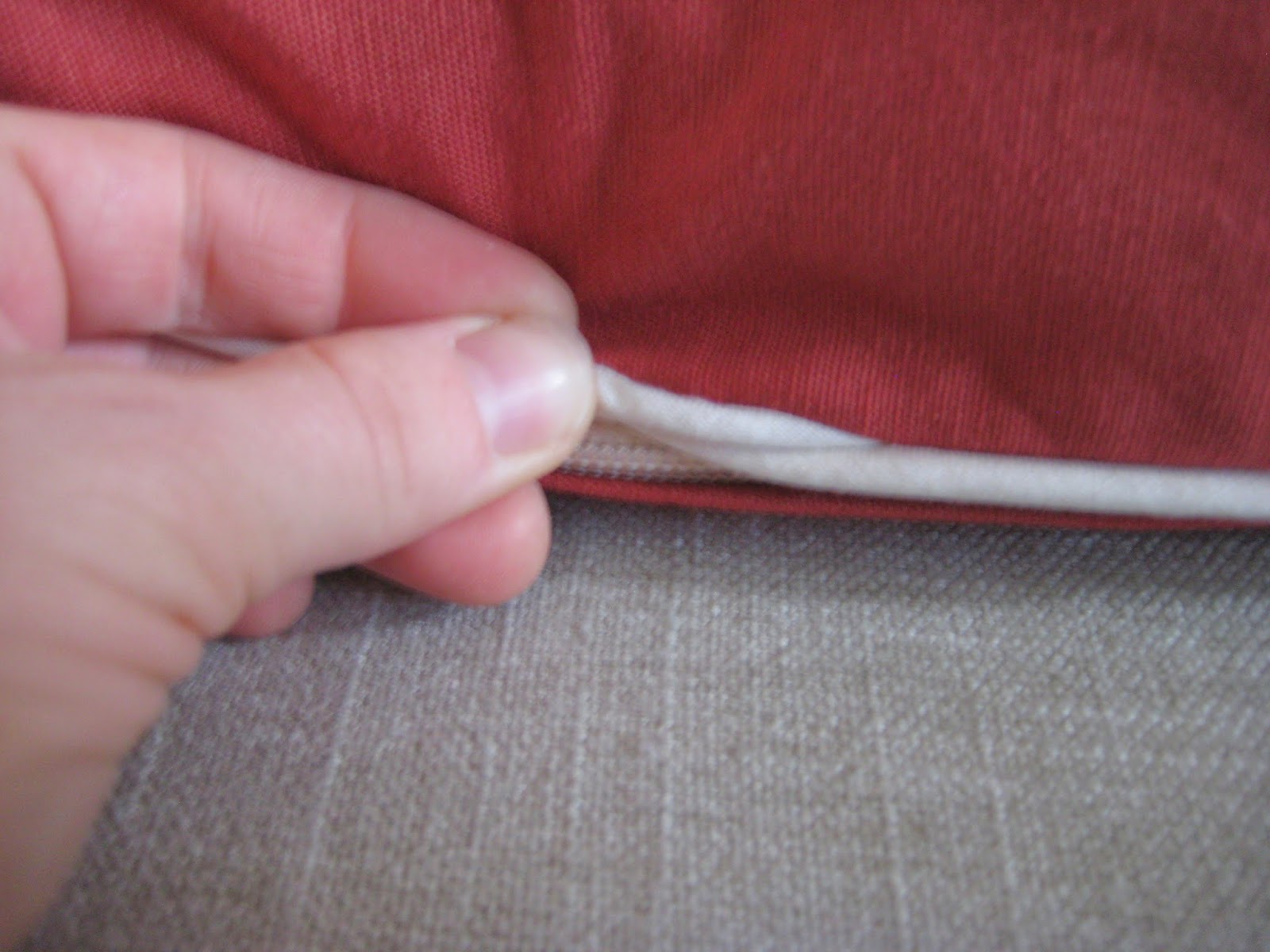 I also used a lapped zipper. And I'm rather pleased with the result. 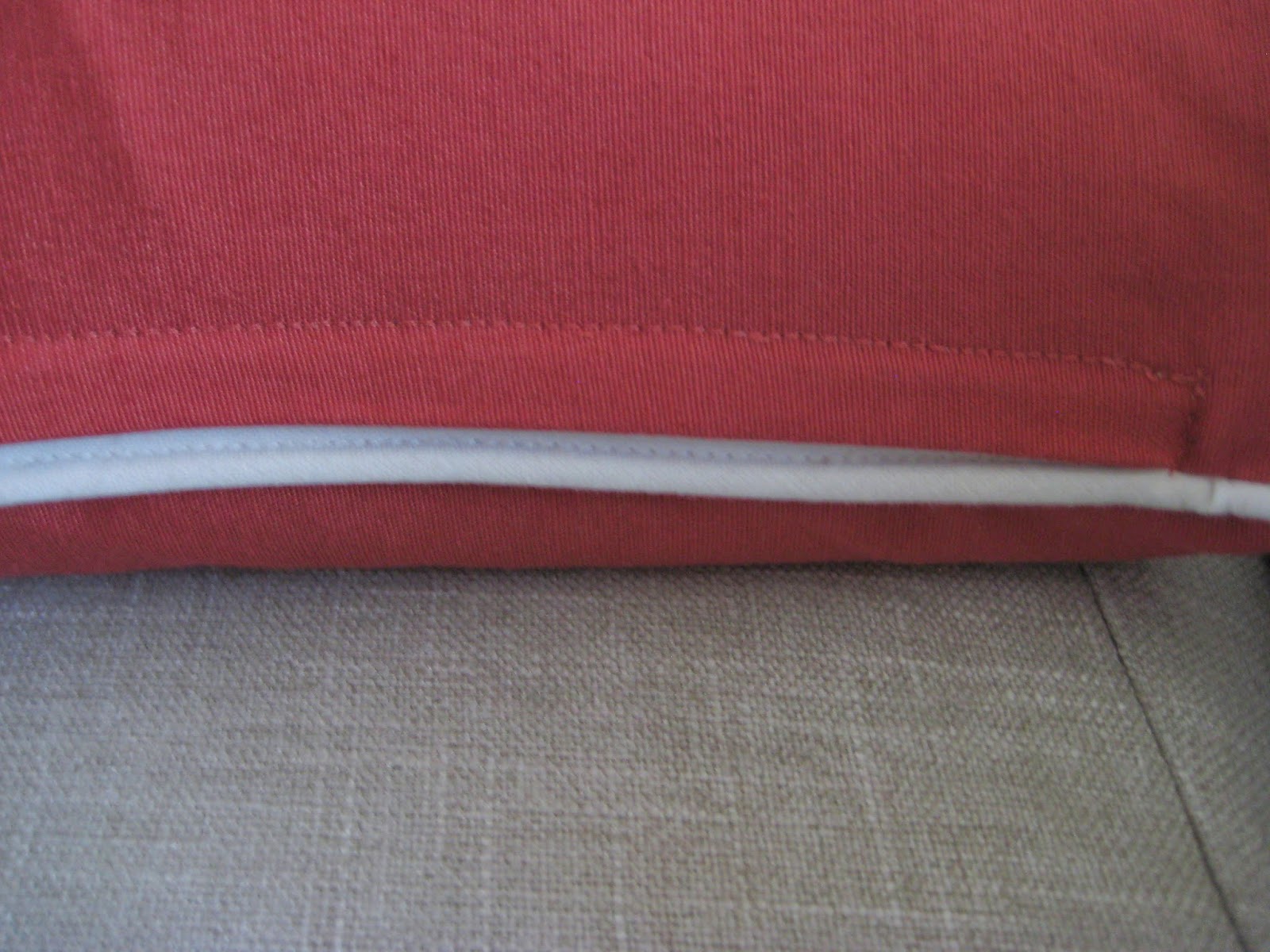 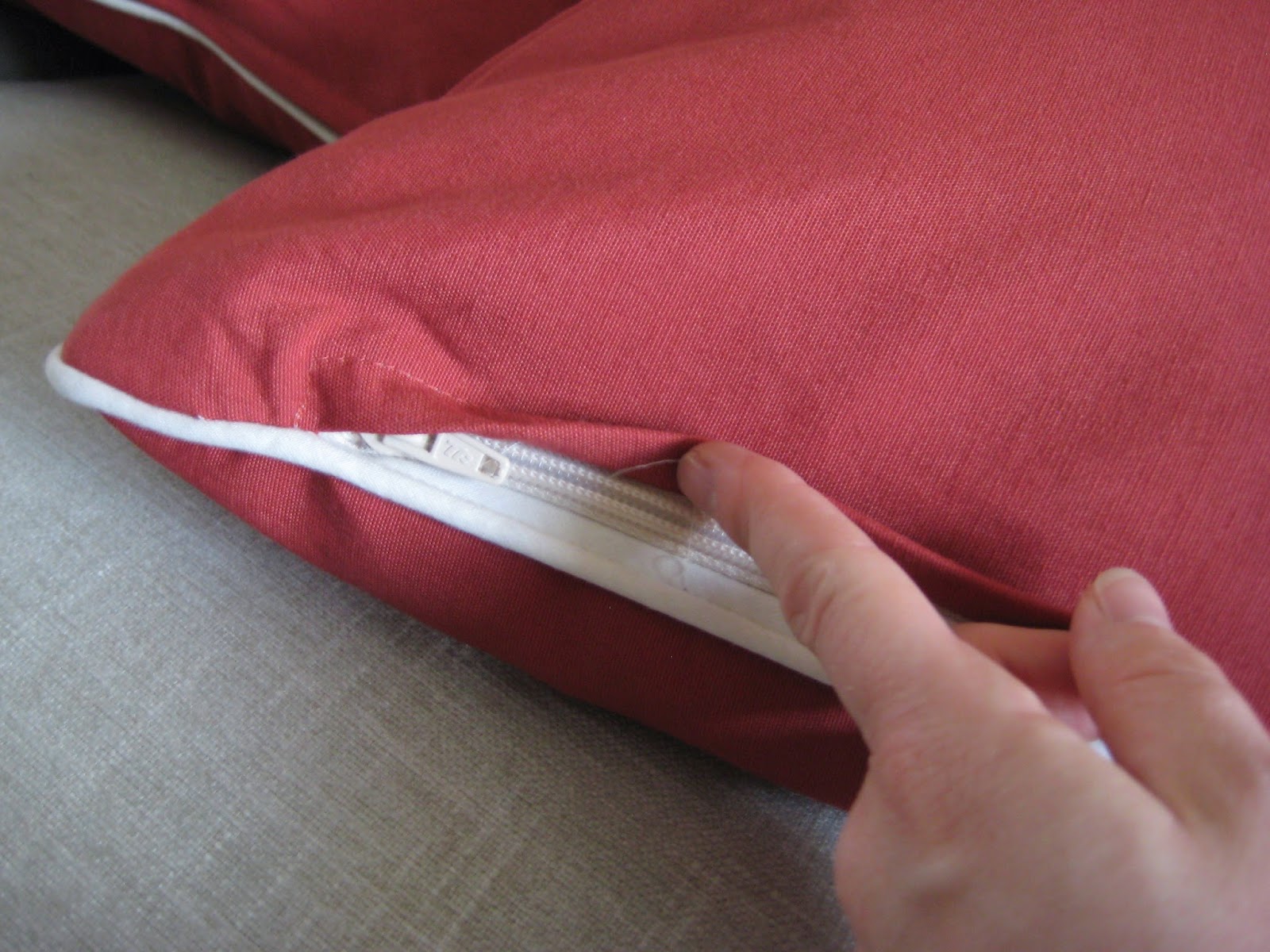 So there you have it. Piping for fancy cushions. Go out, get your decorator geek on.
Posted by Zoe at 22:14 1 comment: