Much to my disappointment, the cleaning-up fairies have not been visiting my sewing room. It looks like a bomb hit it, and worse still, I've lost my piping cord.

But while I was looking for it I came across a woven belt I had bought at a second hand shop for next to nothing, and had intended to shorten it, but hadn't gotten around to it just yet.

Since the job was only going to take a few moments, and I already had my machine threaded up, I thought it would be wise to get it done now.

Different belts require different modifications, depending on what they are made of and how they are made. This belt is woven, made of a fake suede. It occurred to me that I could easily chop some off the end.

To begin with, I tried it on and marked where I thought I should chop it. (I actually decided to take a little bit more than this to allow for the length of the end. 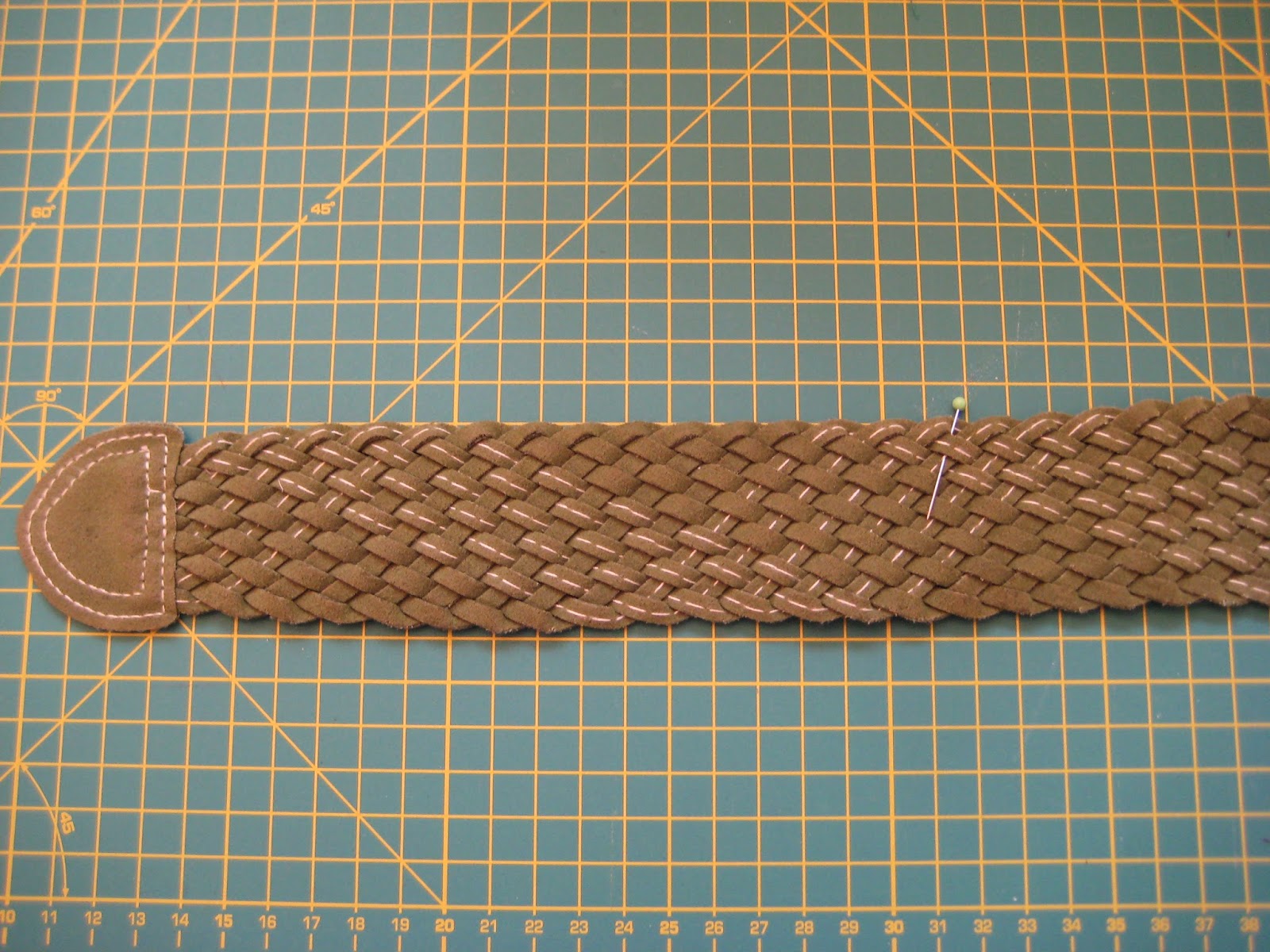 I sewed across the weave to hold it in place. The weave does move a bit, so I made sure I brought it in to be fairly narrow in order to fit the end piece. 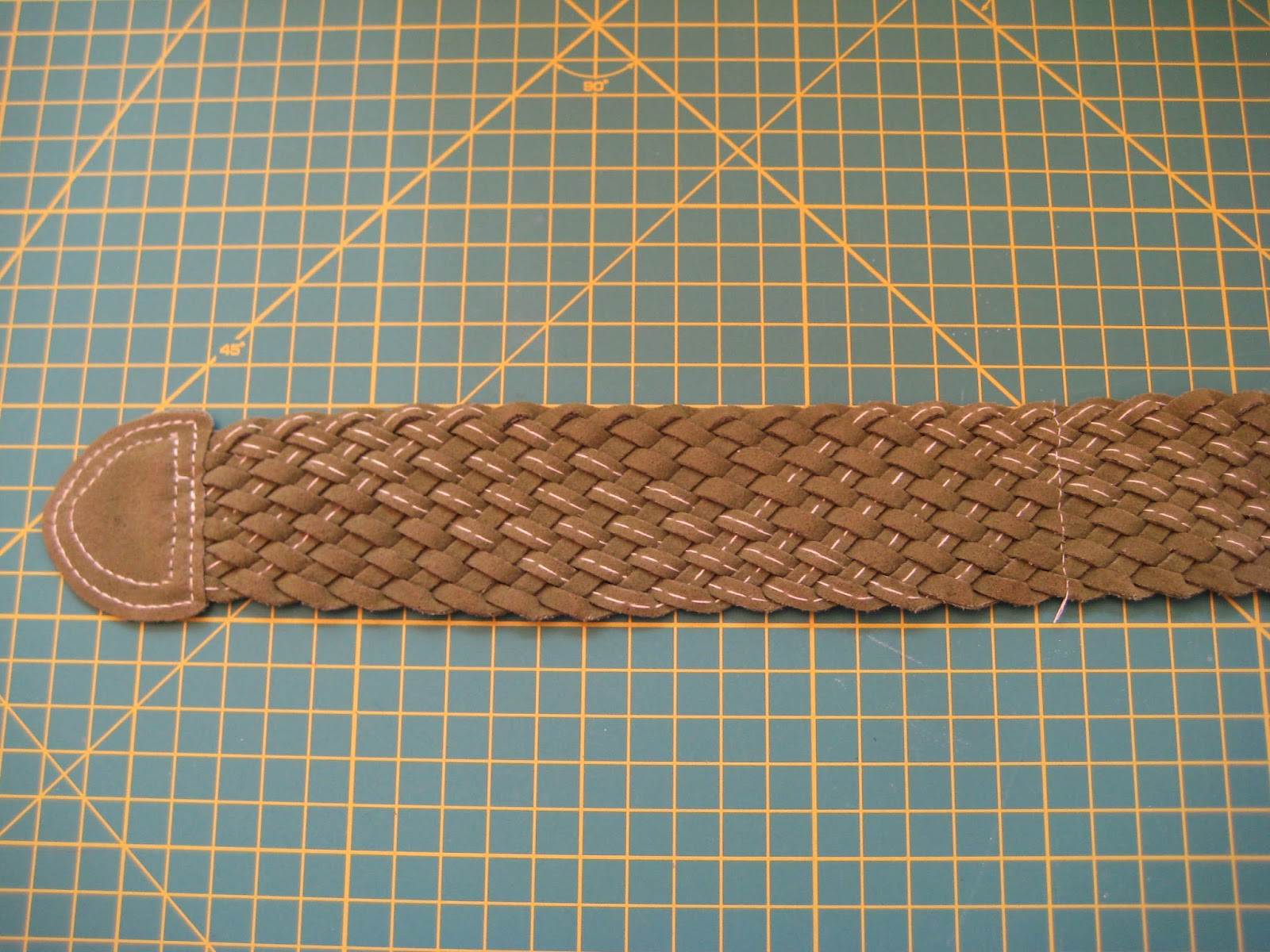 Stitches in place, I chopped off the end. 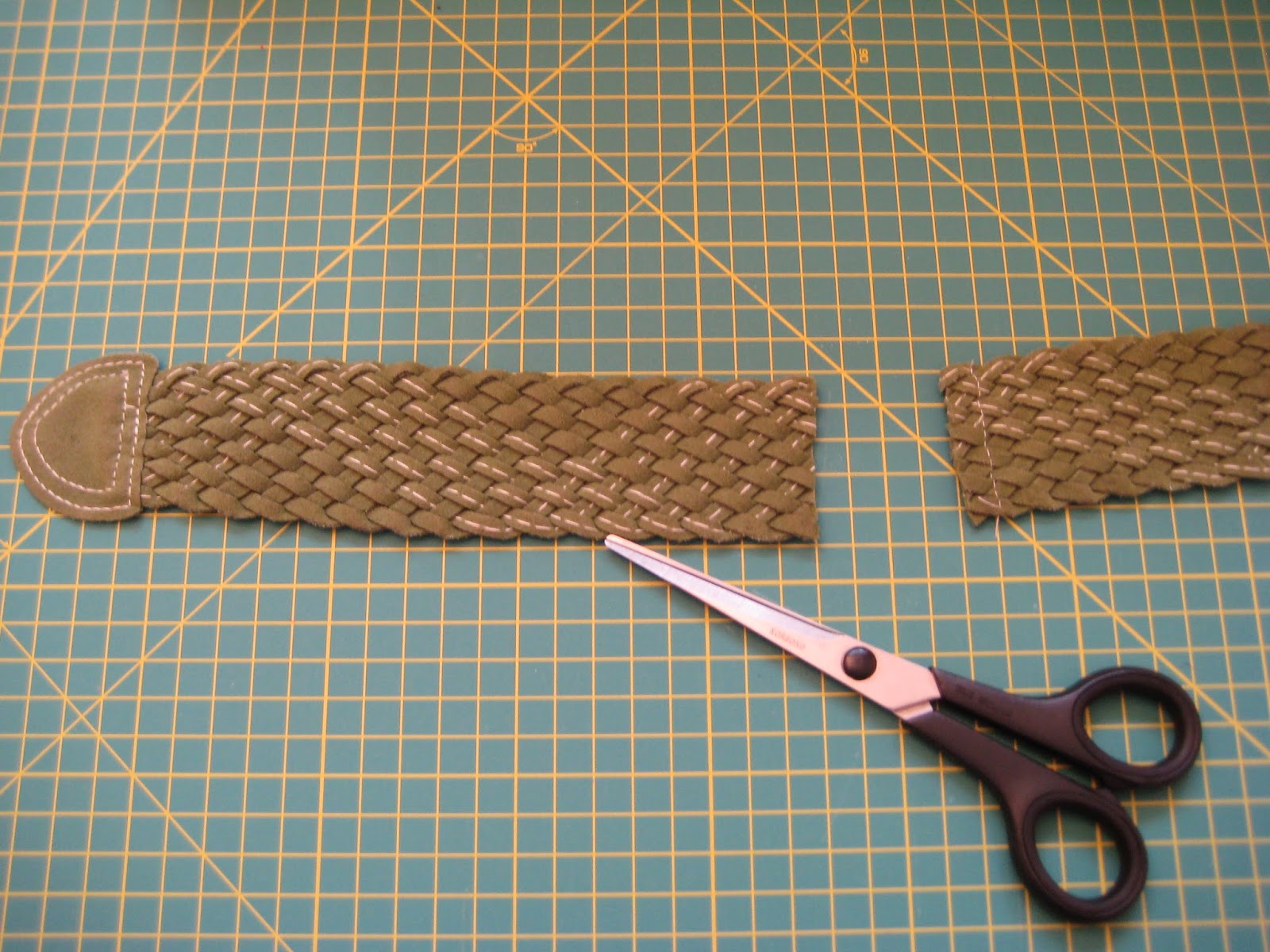 From here, I unpicked the original end. 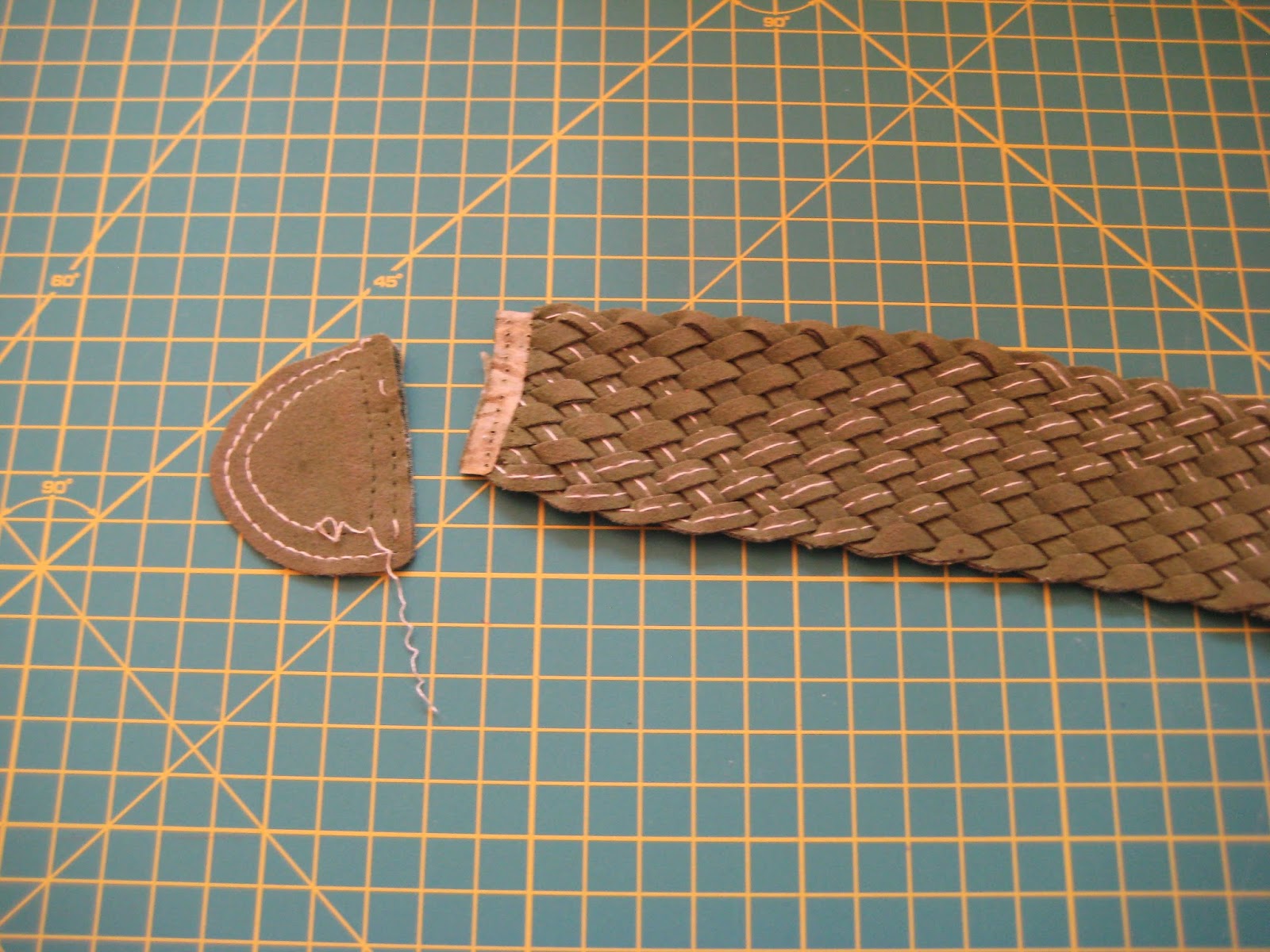 And reattached it to the new end. 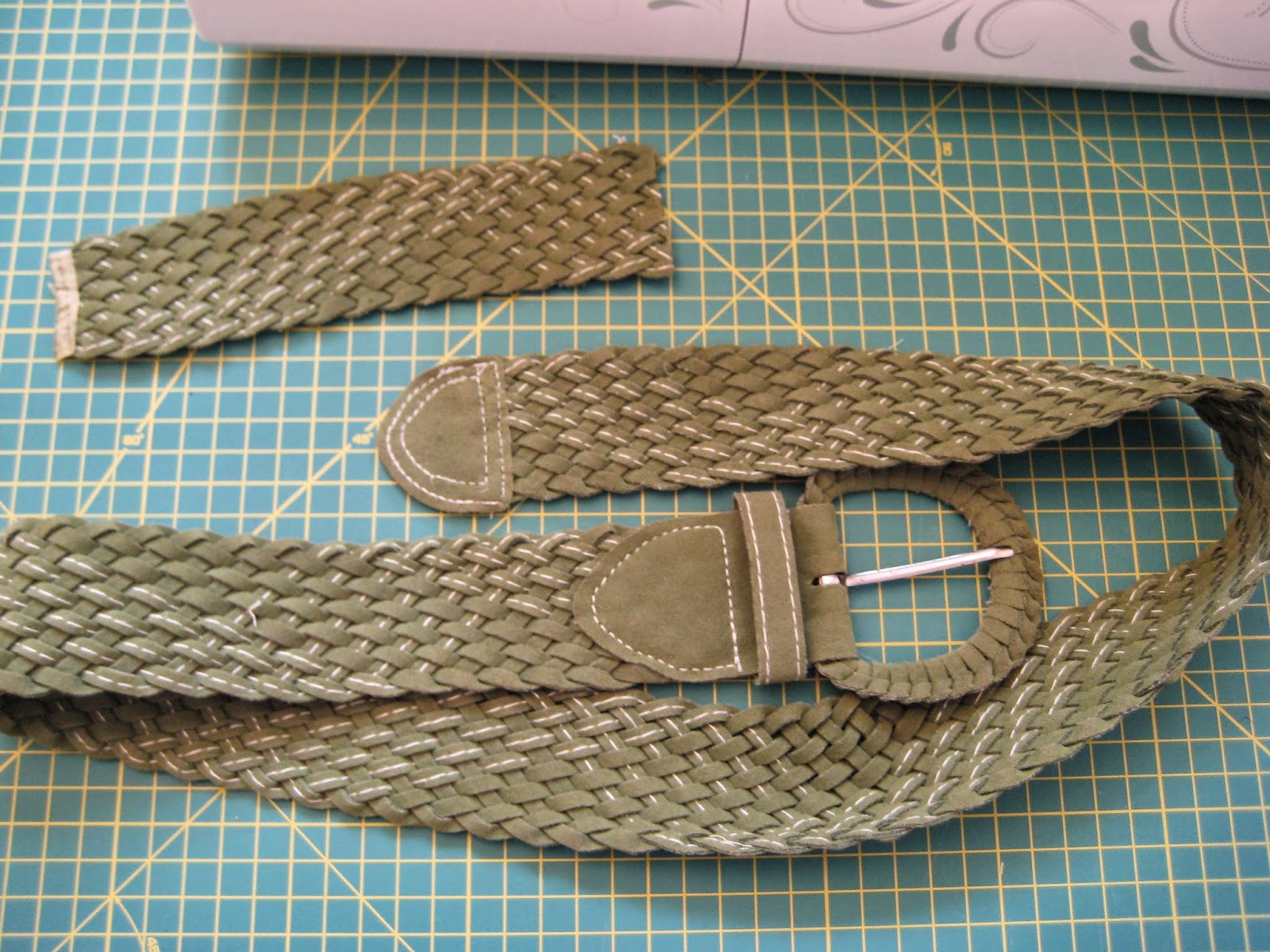 The whole job took about 10 minutes (if that) and I'm kind of kicking myself for leaving it so long to sort out.