I have someone to introduce to you. This little bear is an 'upcycle.' 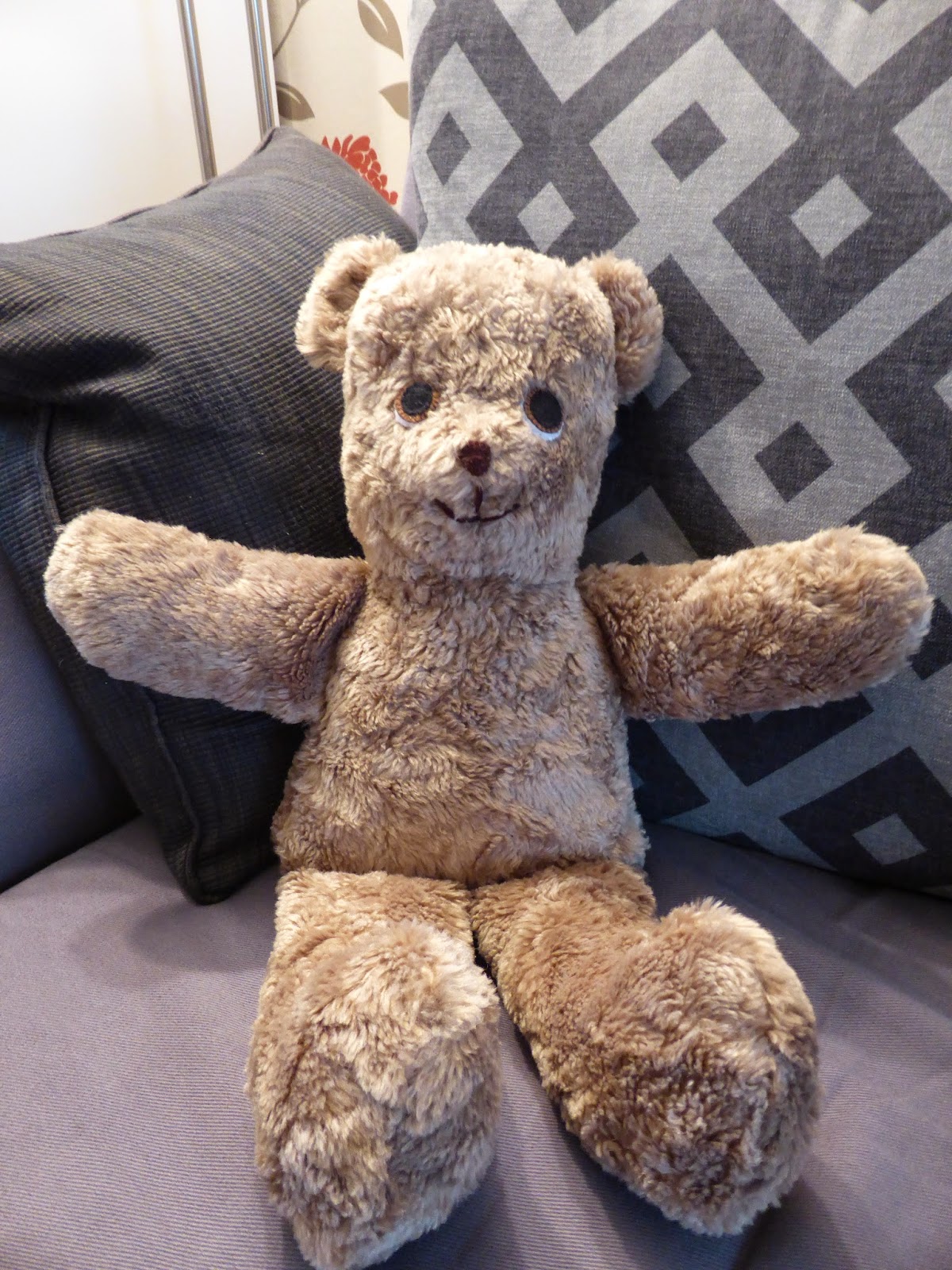 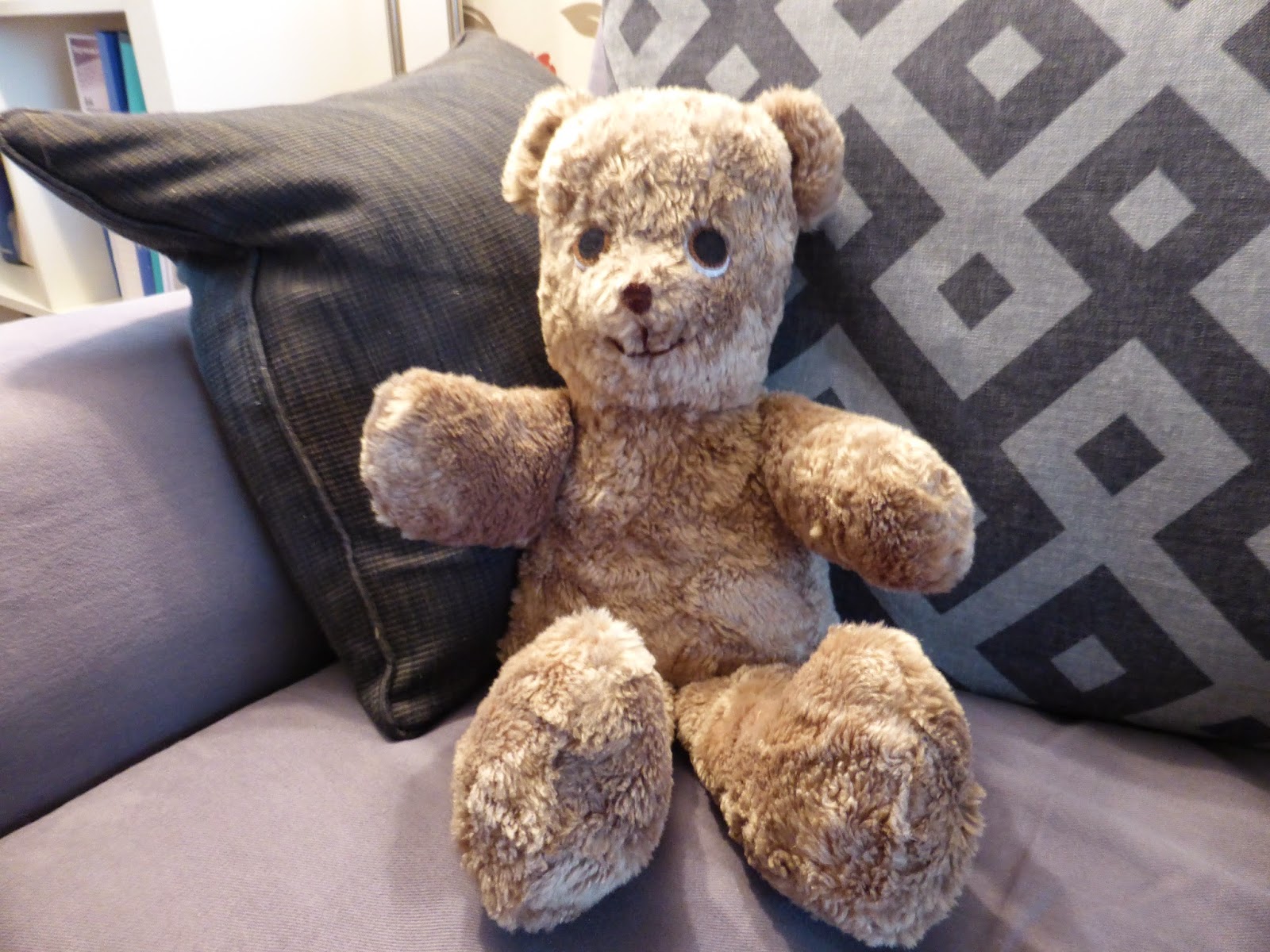 Upcycle is recycling. Although the thing you end up with should be in some way better than the thing(s) you started with.

Remember the lining in Jon's hoodie? 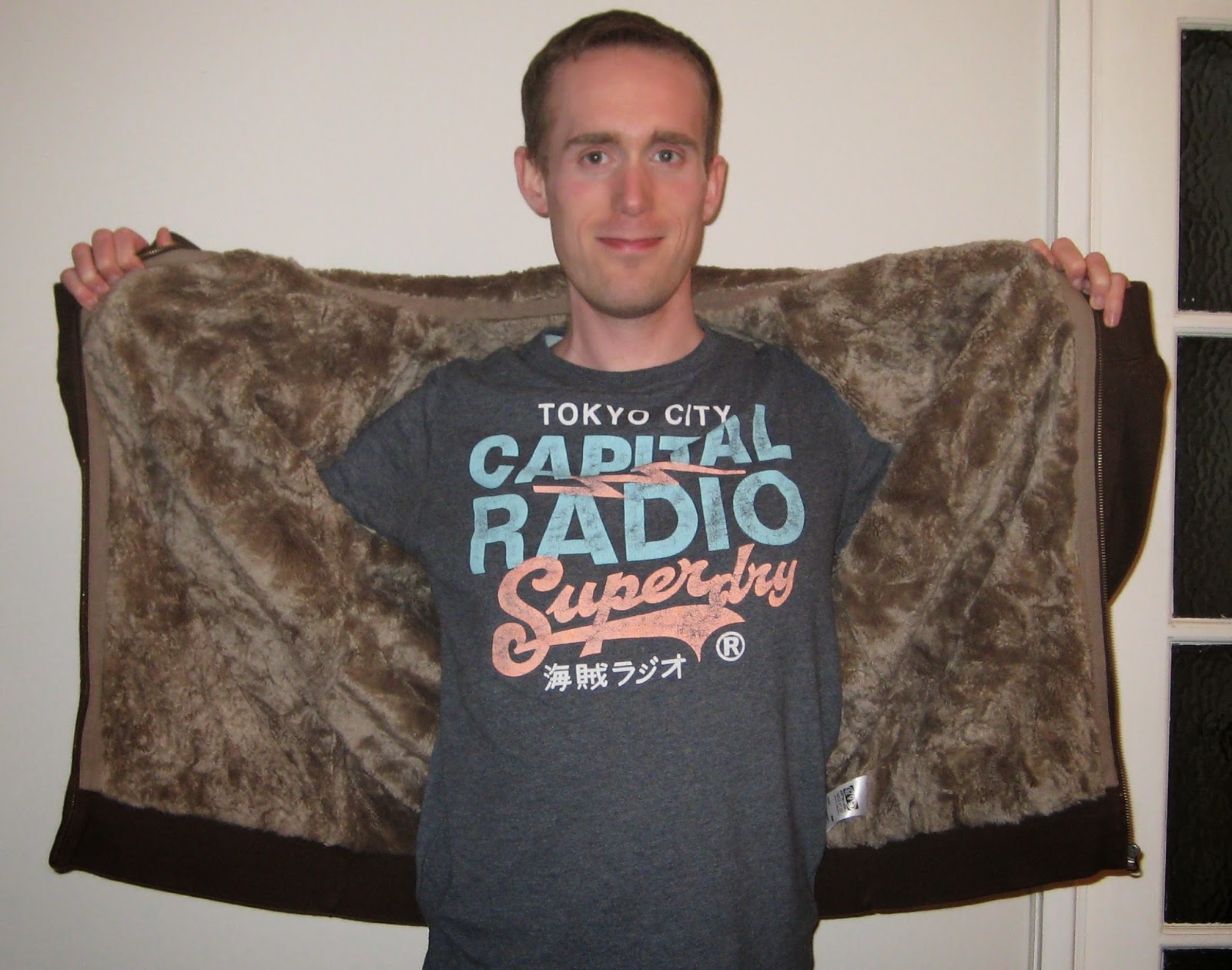 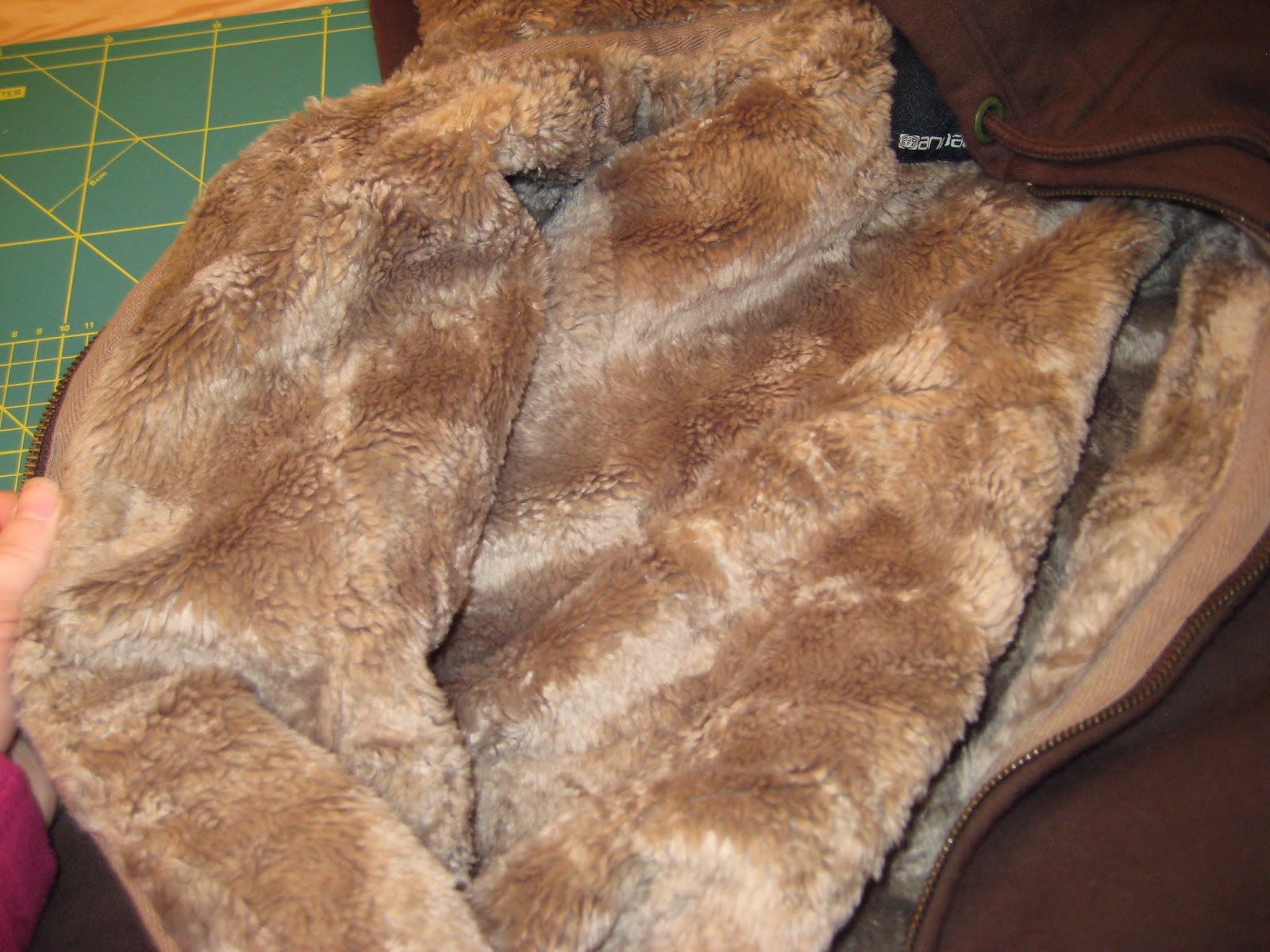 I couldn't look at without thinking 'There's a bear in there...' (and any Australian readers will realise there was a tune to go with that).

Well, I decided to make that bear. 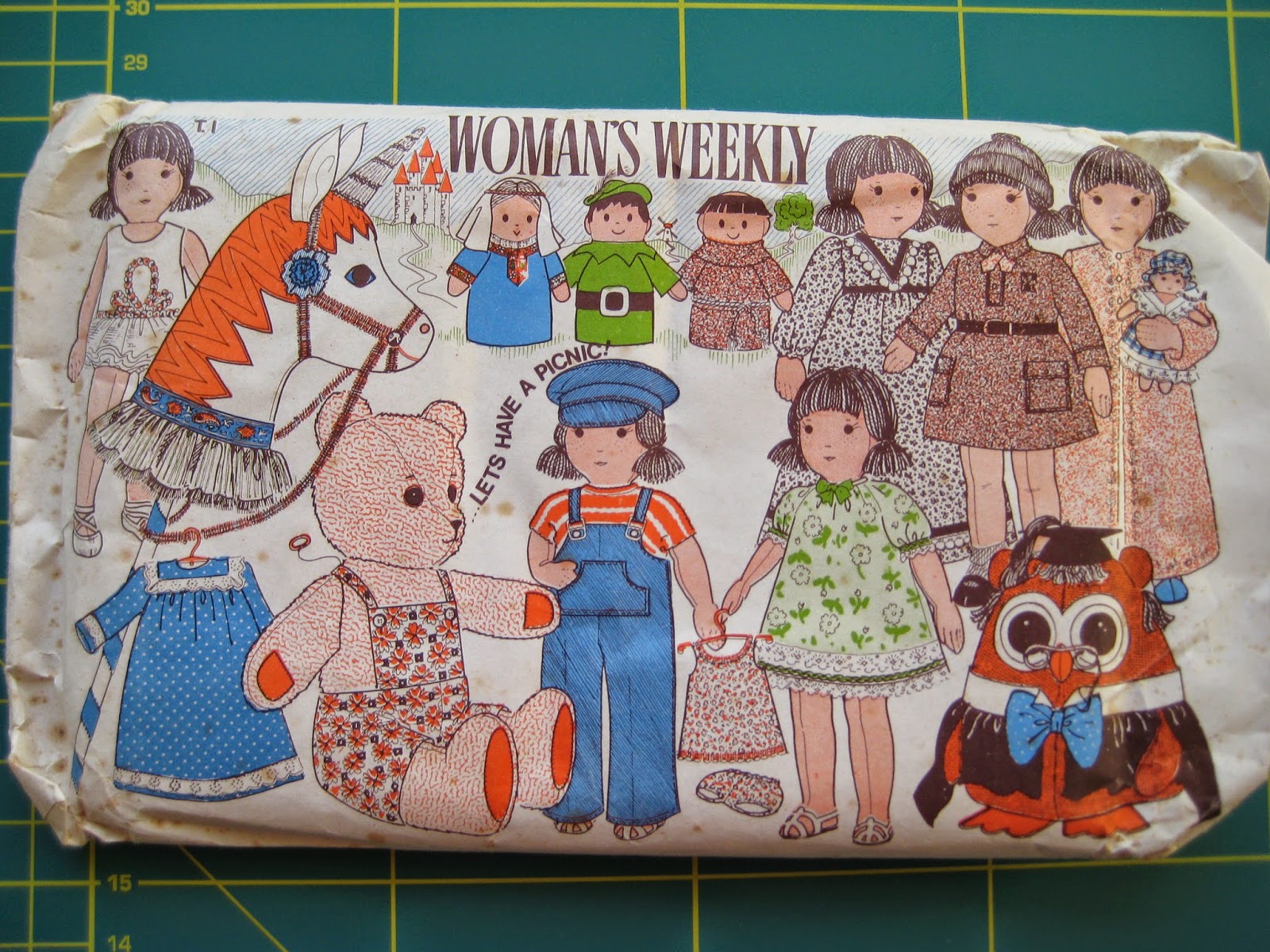 The pattern is from Mrs L's collection.  Toy shapes change with fashion, so it's not surprising that this bear has a bit of a retro look. Modern toy silhouettes are often 'chubbier'. 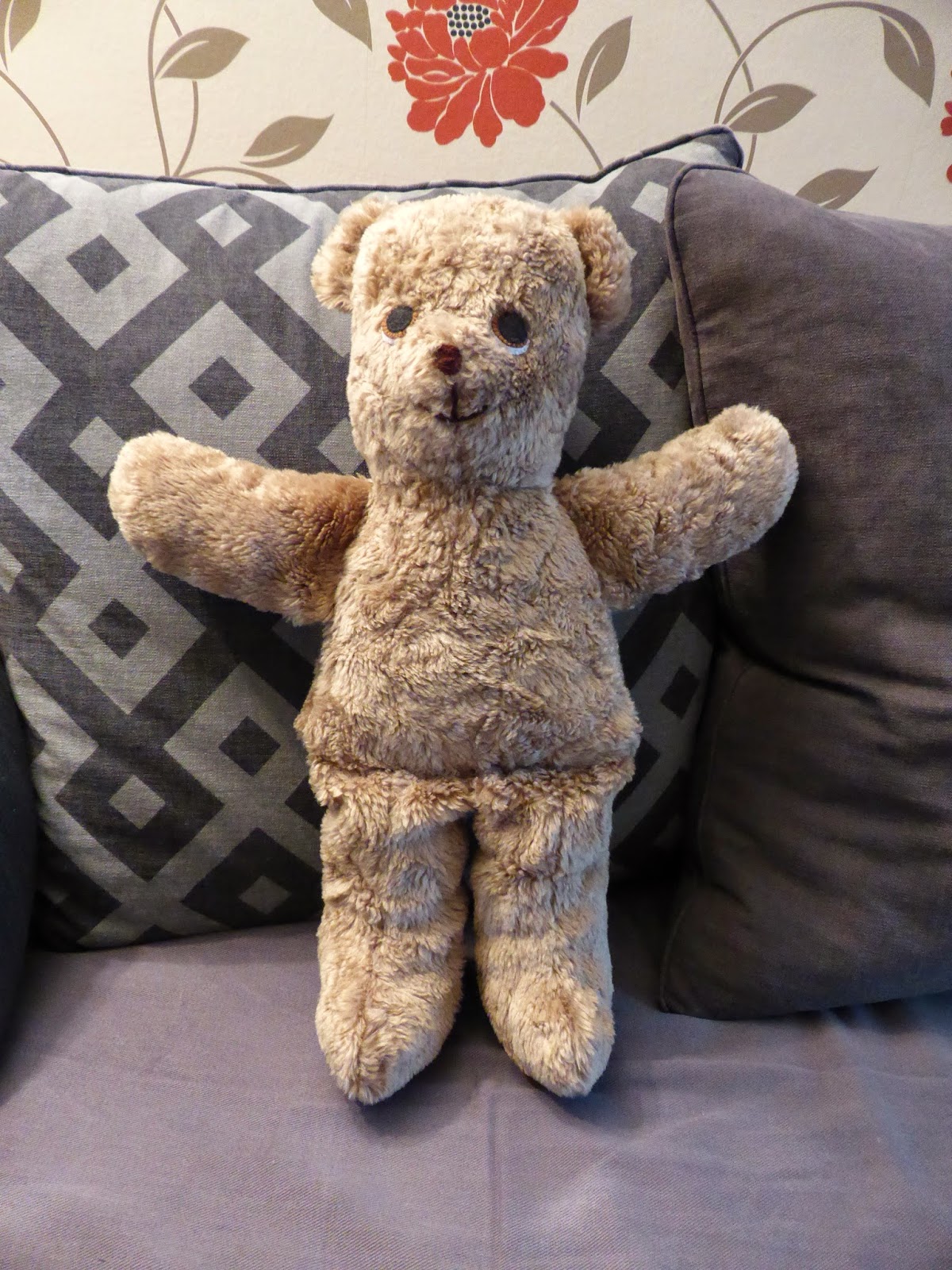 For sewing toys, I do think older patterns are (as a general rule) far superior to modern patterns. They were written when a certain amount of sewing skill was assumed, and are more detailed and complex in shape.

My bear does look a bit like it could be related to Big Ted and Little Ted from Playschool. And that makes me smile. 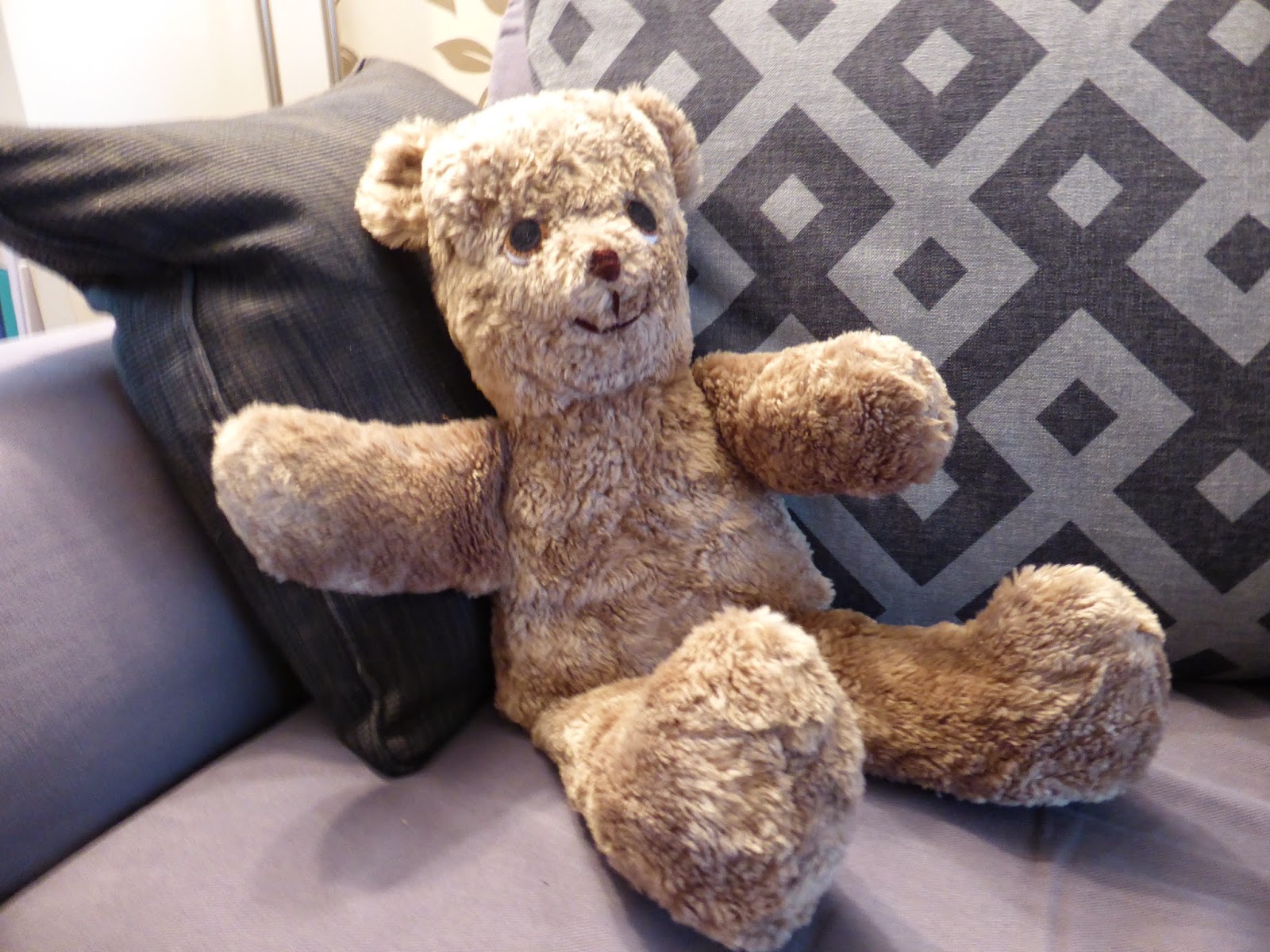 Upcycling goes very well with environmental awareness, and a desire not to over consume the world's resources. It has the nostalgic touch of 'make do and mend' and a mentality of thriftiness and innovation which was once every-day practice. Fabric was not always affordable, and the idea of making something into something new is not new. But there is a new appreciation.

It is a lot more difficult than making something from new materials, but that's the fun part. On thinking about the task, even the first step of finding something that could be made into something else was a challenge in itself. I've often taken an approach of 'what can make with that?', but this pushed me a bit more than usual. I wanted to make something radically different. Finding the hoodie and acquiring the patterns gave me some good resources to work with - rather serendipitous really.

On choosing my project, I then had to think about what other resources I would need. The bear is stuffed with filling from a pillow. His nose is stitched with leftover yarn. The only thing I bought new for this project was the felt for his eyes, and of course the thread is new but from my stash. I left off the footpads because I didn't have anything appropriate, and I didn't think they needed them anyway. That makes him about 99% reclaimed materials, and I'm proud of that.

Preparing the material was another challenge. Ordinarily you would pre-wash your fabric (if you're being conscientious) and get started. For this, before I could do that, I needed to unpick the pieces, and check for wear and tear. It took ages, and the fluff was really messy! So I think vacuuming every room in the house should probably be factored into the time spent making this project. In cutting out, I needed to experiment with layout, considering all of the usual factors (in this case the nap of the fur was really important) as well as trying to get the most out of the limited quantities I had. 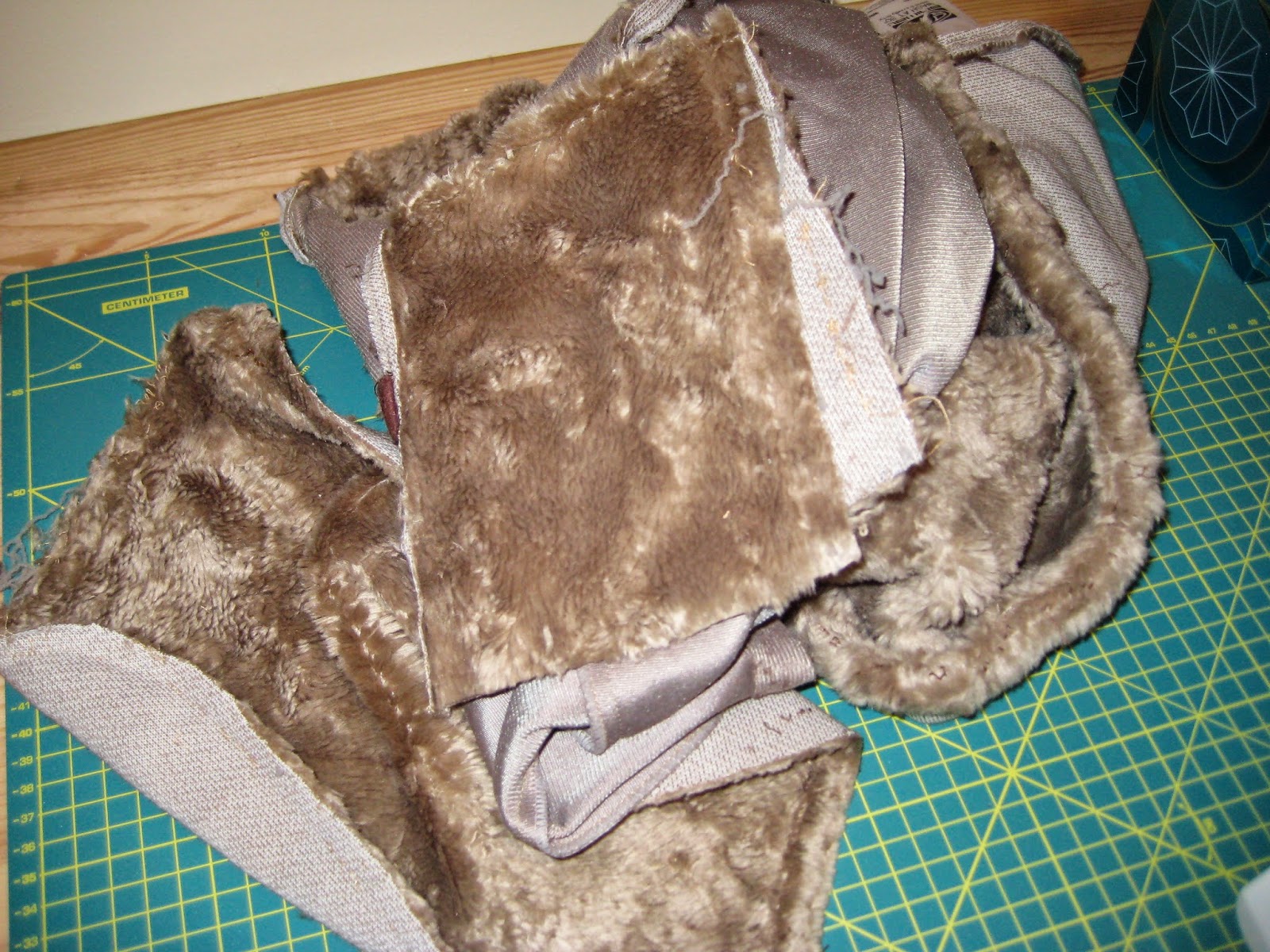 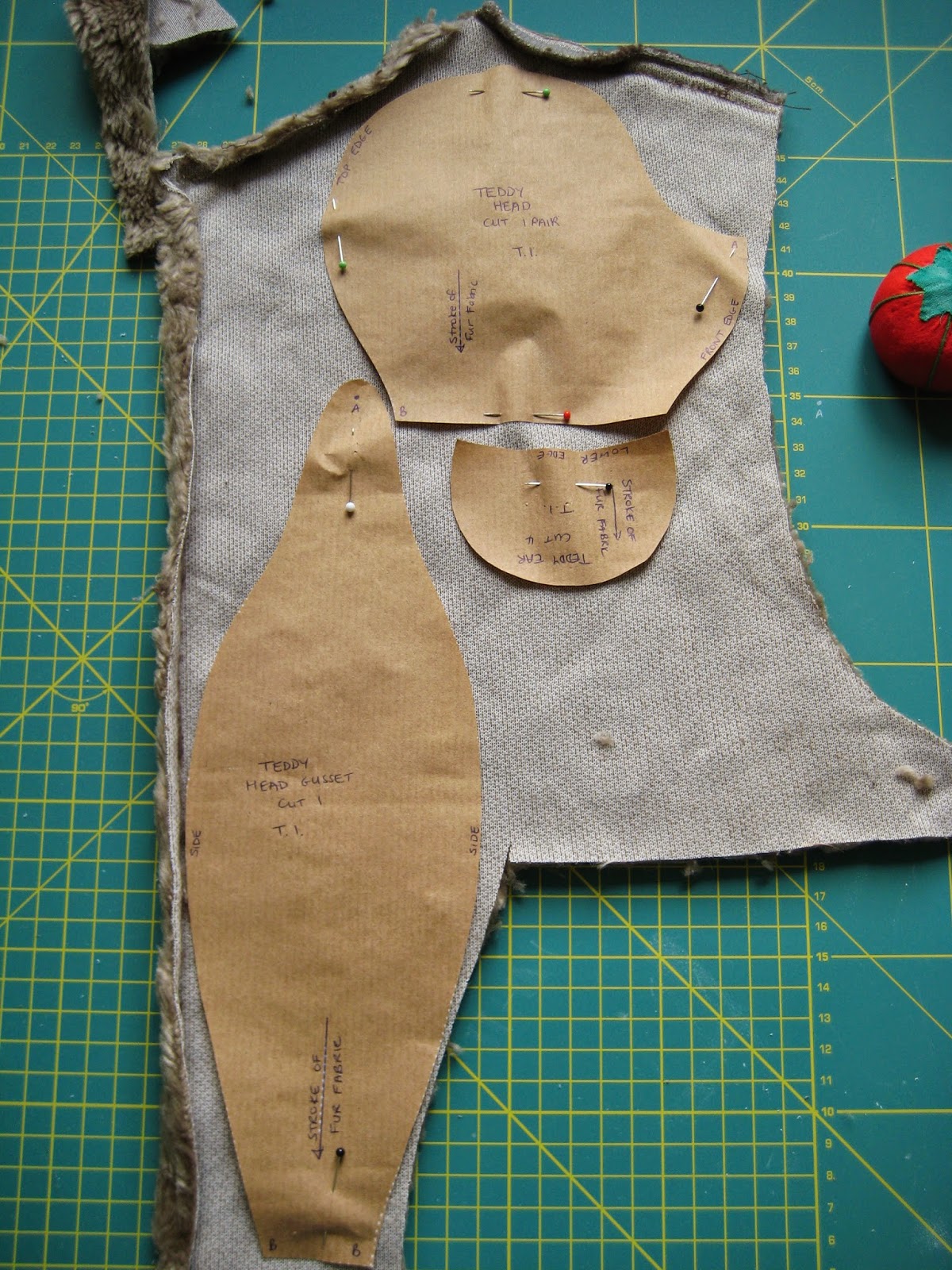 But those limitations promote problem solving, so it was a lot of fun.

Since it was an upcycle project, I included an upcycle tag on it’s (ahem) little bear behind. 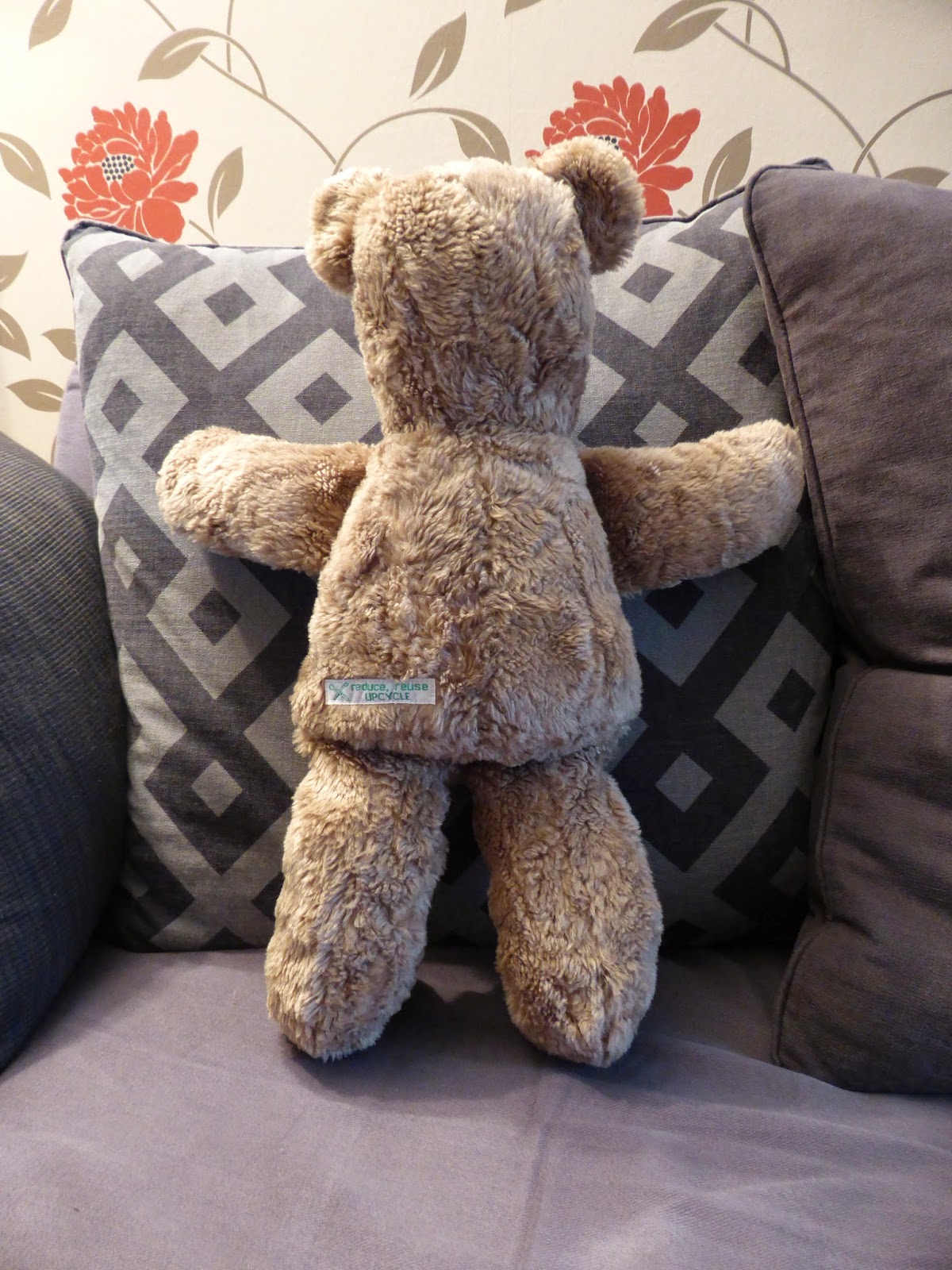 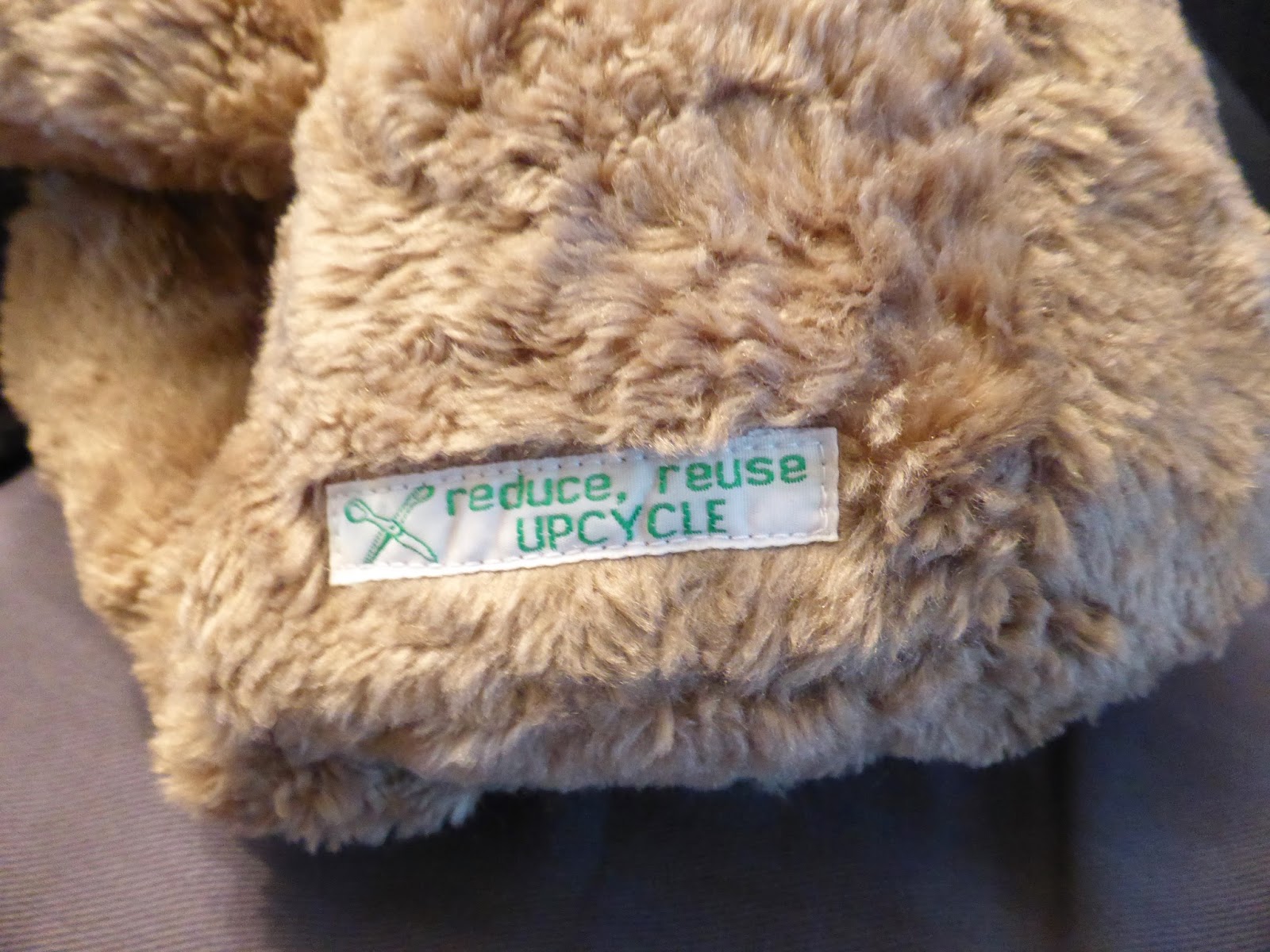 I made a hedgehog with the scraps. 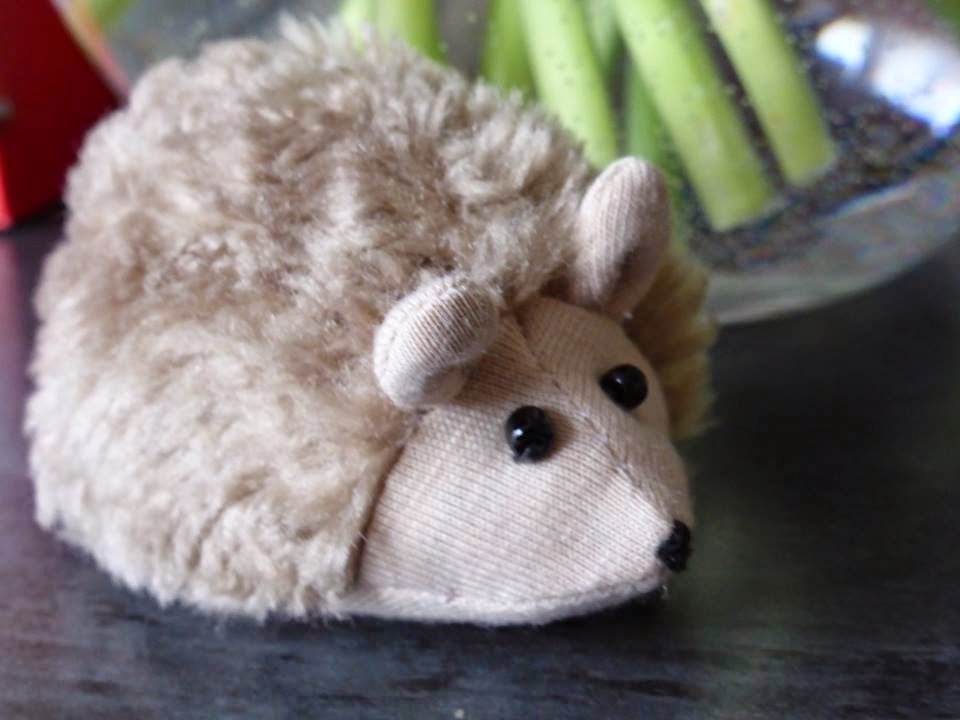