It's February. How did that happen? I can't get over how quickly January disappeared. I had about 4 times as many things I wanted to do, v's managed to do.

Anyway, for themes for the month, the obvious (to the point of painful) theme for February is Valentine's Day. When I considered this I imagined saccharine colours and applique heart motifs, little hand written 'Love' sayings - and the prospect of making something along those lines left me feeling a little bit flat. Gagging even. I almost abandoned the whole concept, until I had an idea.

I've decided to do this on my own terms.

May I present my Heart Dress.

Yup. Anatomical Hearts! How cool is this?

The fabric is from Spoonflower. Spoonflower is a company that allows you to custom design your fabric, or wallpaper or paper, and print it just for you. This design isn't my own, it's by The Sincere Sisters, who have this in another colourway as well. It didn't come cheap! Particularly as in addition to being custom printed, and postage, I had to pay tax to have it sent to the UK. 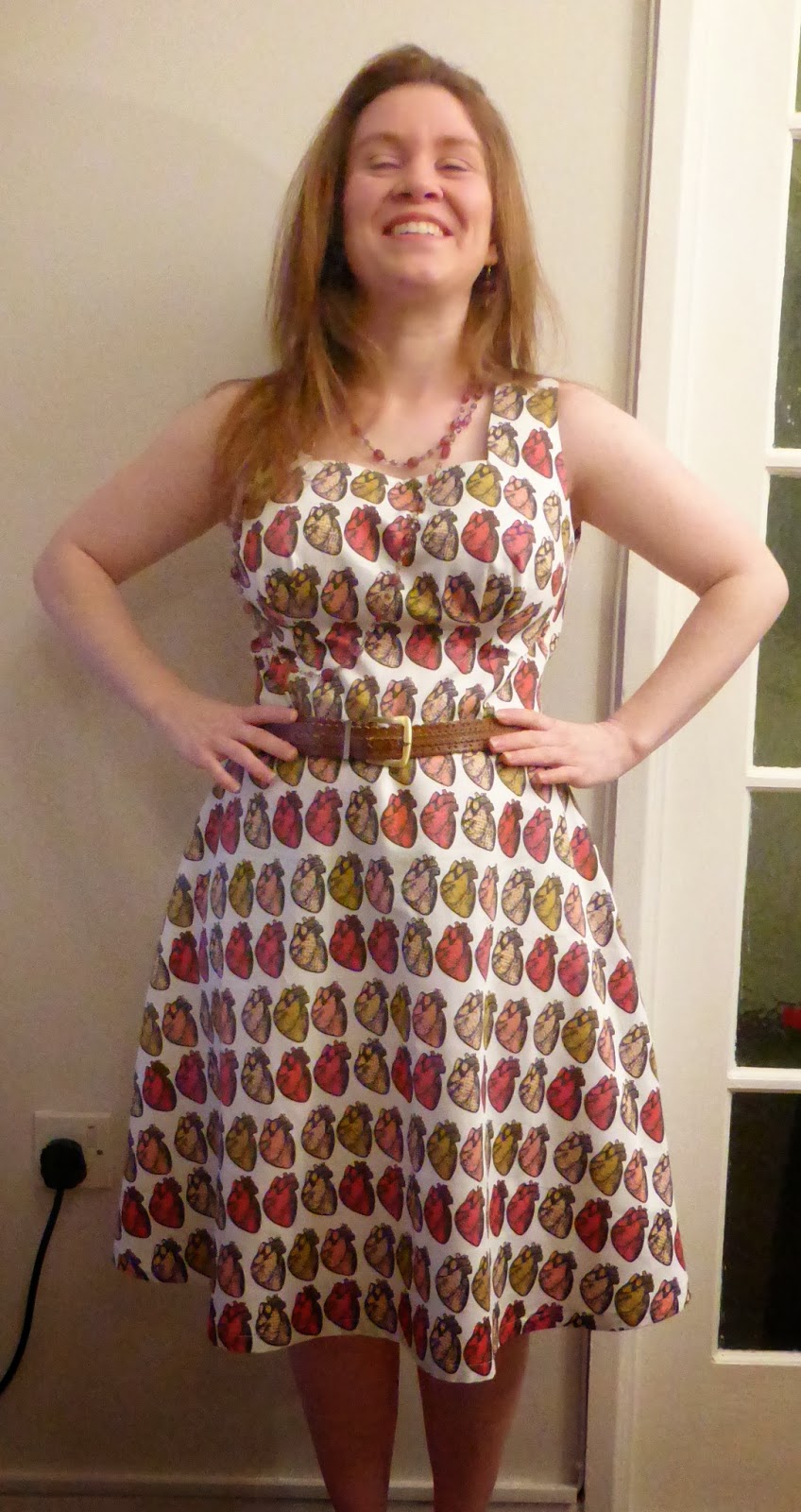 It's lovely, the colours are bright. I washed a test swatch and the colours stayed clear without any noticeable shrinkage. It arrived in half the time they promised, so that was pretty impressive. They have a range of fabrics they will print on, and after I looked at the samples (which arrived in days) I chose the organic cotton sateen. That's what happens if you order samples, you'll be tempted to choose something even nicer than you originally planned.

Of course, due to the cost of the fabric, I was pretty nervous cutting it. You might say I had my heart in my mouth.

Anyway, the design is very simple - I used the same bodice as for the stripey dress featured in the previous project, with a couple of extra tweaks and a new neckline. The skirt is a simple A line.
I haven't posted about the drafting on that one yet (I'm still trying to figure out where to start on it) so I can explain both in one go later.

I wanted to keep it as simple as possible so the print itself was the star of the show.

Right now, this feels like pretty much my favourite thing I've ever made.