Ok. So I've been playing around with binding because as much as I love the first method, the handsewing is a little bit time consuming. So I had been experimenting with alternative approaches.

Just as I was developing this idea, this dropped into my inbox from Pattern Pandemonium. And I got *very* excited and thought to myself "That is the freaking brilliantest thing ever!" because when I am thinking I sometimes make up words. A talent which Shakespeare also possessed.

The brilliantest idea was this. I scurried home and tried it out. 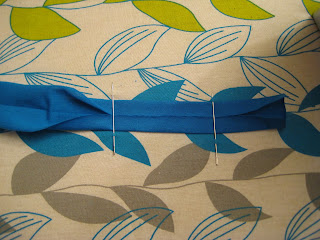 Now, I think the original version was done with bias binding, but I'm working with a strip of jersey, 4cm wide cut across the stretch. I did this exactly as before, and used a ruler and chalk to rule a strip, and then cut it. 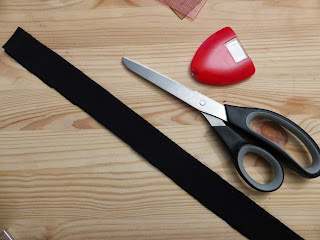 For me, this is like seeing an experienced chef do something with a basic tool that renders half the gadgets in the kitchen obsolete. And looks awesome doing it.

You see, the night before I had been making my own fold-over binding by pressing it. Which is not a new idea, not complicated. But, I had been burning my fingers rather a lot.

With this new approach, I pressed the strip in half, and then carefully arranged one end with the sides folded to the middle (a little start on the press there) and held them in place with two needles lying flat over the strip, and tucked into the ironing board.

As I pressed each section, I slid the strip under the needles to hold the next bit. It worked a treat, and I did not burn my fingers AT ALL.* 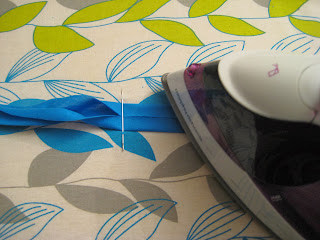 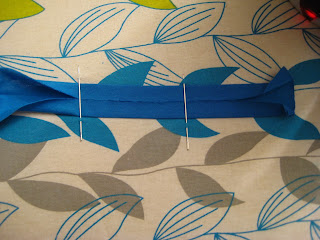 * A word to the wise. Allow the needles to cool before you try pulling them back out of the ironing board.

Now onto my other binding method. I give you, machine bound edge: 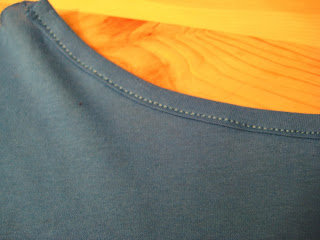 To do this, I pinned the binding in place. It is pinned in sections to allow for stretch, with the binding over the edge. Take extra care to get the edge of the cut line right into the crease of the fold. I did consider tacking it, and I don't think that would be a waste of time. I think it would get much easier with practice. 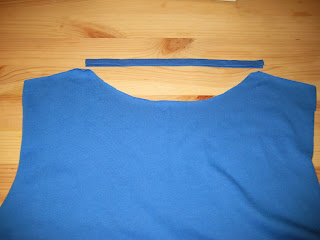 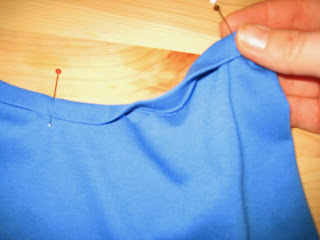 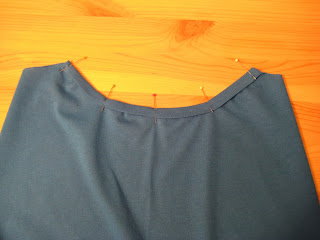 I then pin stitched close to the edge of the binding, on the top. Pin stitch means to sew a pin width from the edge. It takes practice. 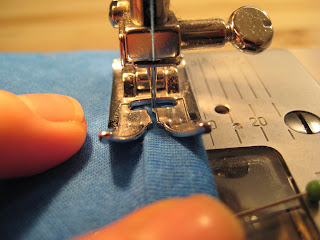 I'm not thrilled to bits with this particular effort, because it wobbles a touch. But unpicking this will probably do more harm than good. 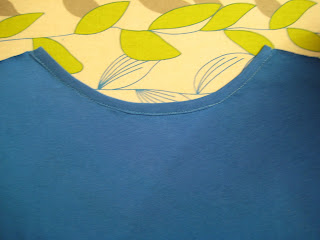 I'm finding the regular foot on my machine isn't that great for pin stitching as it blocks visibility more than I want. I think I will need to look into other feet - maybe a clear one.

But tiny wobbles aside, there is another (quicker) method for adding binding to your knits.
Enjoy!
Posted by Zoe at 22:15