Ok. So if you followed the last post, you would have seen I got as far as drafting a front and back for a cowl neck shirt. These pieces are then lined up on the fold, and cut. Here is the process of assembly, with a few tips/tricks I learned along the way.

I began by binding the back neckline. I used a 4cm strip cut across the direction of greatest stretch, to form a 1cm binding. Binding tutorial here.

Lengthwise I cut my strip like this - short enough to provide support but not so short it would pucker the fabric. I can't give you an exact formula for this - there is a ratio for ribbed neckbands, but it can be a bit variable depending on the stretch of the fabric anyway. If it looks like this, its probably about right. 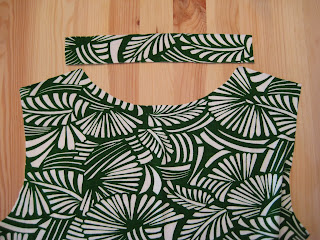 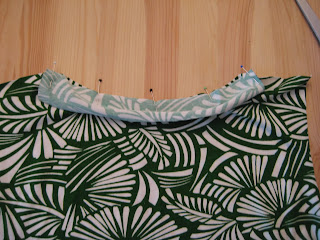 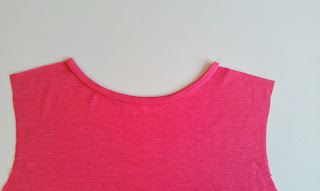 I completely forgot to take step by step pictures of the pink version for this part. :)

Once the back was bound, the front needed preparation too.

The inside fold of the cowl is finished before the shoulders are joined. Of course, you could leave the edge unfinished, and for many knits that won't be a problem. But I wanted to make it look polished, so I'm going to finish it. In doing this, it's important that the edge isn't distorted because that could have an impact on the way the fabric hangs. If I had an overlocker/serger, I'd just run it through. But I don't, and it's not completely necessary. After a bit of practicing on scraps (definitely worth practicing on scraps) I found this method. 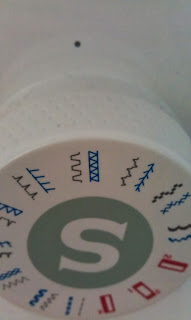 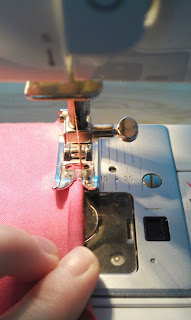 I set the machine on the stretch stitch (the blue option on the dial) shown, and folded over a very small edge.
Then stitched over it. I made sure not to stretch the fabric as I went - I had to support it and almost push it under the foot. You could use a different stitch to achieve something similar if your machine didn't have the same stitch.

After the edge was pressed, using steam to correct any wobbles that formed, I got this. 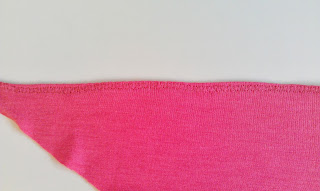 And I am completely ok with it. It folds down like this, to form the nice soft edge on the cowl. 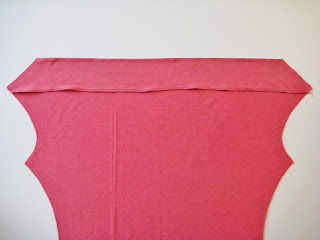 To assemble the cowl, the back shoulder is folded into the front of the shoulder. I pressed the fold and clipped into the corner to just shy of the depth of the seam allowance. This allowed me to wrap the front tightly, and means that the corners will meet where the seam is positioned. 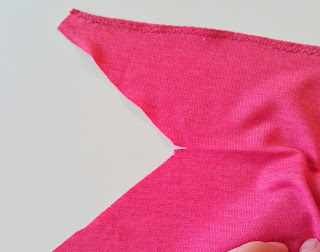 The back neck edge is placed right into the corner. 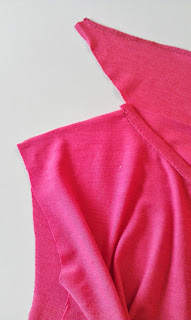 Folded over, making sure the edge meets where the seam will be. You can see the edge of the binding sticking out here, clipped corner pulled tight. 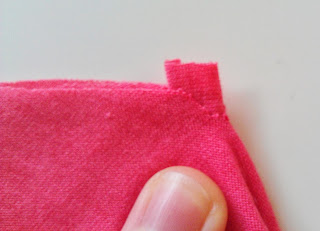 Pinned. You could include a stabiliser here if you wanted to. 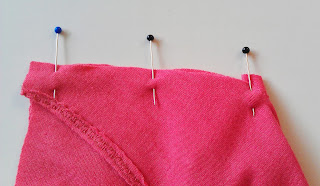 Sewn up, if the corner meets, there should be a nice smooth join when it's folded the right way. 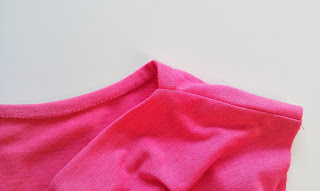 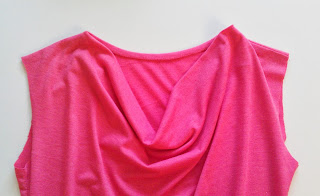 Once the shoulder seams are constructed, the side seams and sleeves and finishes are completed as usual.  You could also include an additional front layer, if you're concerned about the cowl moving a little too freely.  In that case, the neck edge of that front would be completed first, and it would be added into the layers at the shoulder too.

Email ThisBlogThis!Share to TwitterShare to FacebookShare to Pinterest
Labels: Drafting