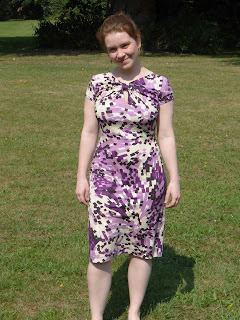 For some time now, I have been pondering new styles for the basic t-shirt dress. Because I want to be able to throw something on in the morning without any further thought, and still look good. Because little sleeves work well for work days. Because they don't need ironing. Because I wanted a bit of a drafting challenge, not too much though.

Whilst perusing the interweb for inspiration, I came across this. 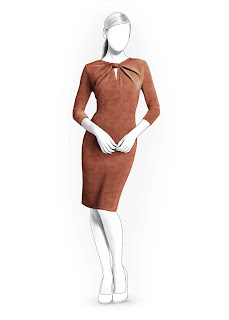 It's from a Russian pattern company and I've never ordered anything from them so I can't comment on whether they're any good. But they have a lot of nice styles on their website and I get my kicks out of examining such things.

The dress above was for a woven fabric, but I thought something similar in stretch fabric would work well. So I decided to make it. :)

To begin with, I started by copying out the tank / t-shirt pattern, including the extra 1.5 cm at the shoulder seam for a sleeve. 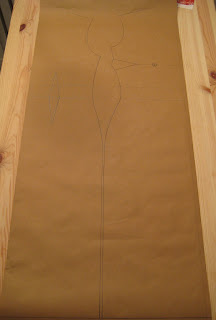 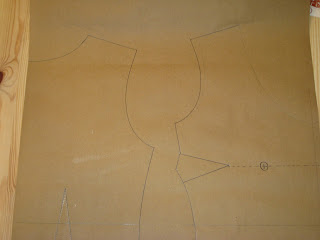 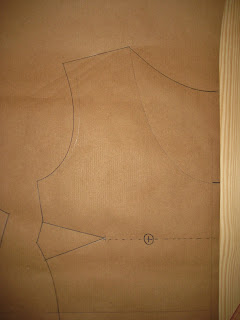 I wanted to spread the pattern to create a gather, so I marked in my cutting lines: 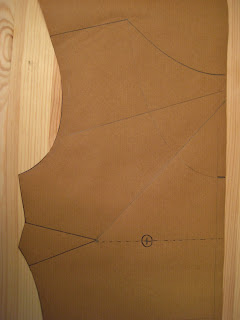 And cut and spread the pattern, closing the bust dart. 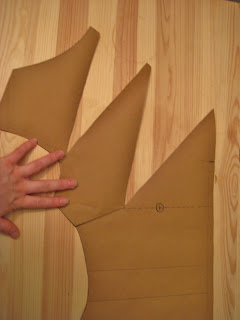 Then I glued it onto some paper and drew in the new cutting line. 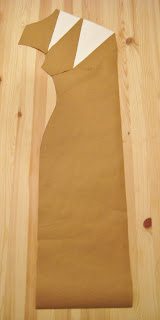 Sorted. Fingers crossed! So on to cutting out. Initially I had included an extra seam allowance thinking I would have two separate parts for the front. But I decided I didn't need that, and cut on the fold instead. 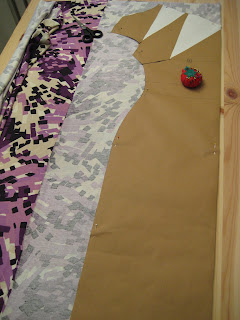 I slashed down to the lower neckline to create the knot. 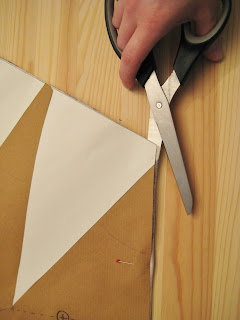 To make up, I sewed the back darts, and joined the new angled part of the neckline, leaving the slashed part open. I sewed front and back together, and tried it on for fit, using a scrap to tie the knot together. I discovered that I needed to tighten the front a bit - so that came off by angling the seam. 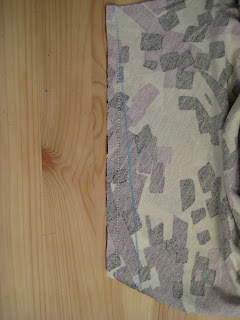 When that was sorted, I hemmed the slash. The neckline was finished along the top, but because of the weight it would need to carry, I reinforced it with a narrow piece of elastic from shoulder to shoulder. 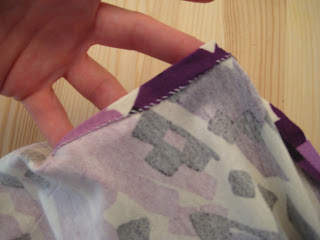 I also added sleeves - which were the closer fitting sleeves, but raised by about 2 cm. When the dress was otherwise complete, I added a band (3.5 cm wide when finished) around the neckline to create the scrunchy bit.

Here is the final result, shown with flat shoes since I think this is something I will wear to work.

I am sucking my stomach in SO hard on that side on shot. There's a little more of me to love since my holiday. :)

This is the detail of the neckline: 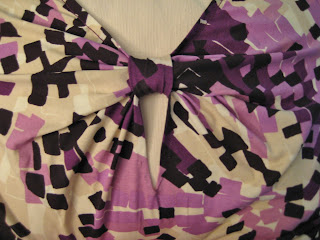 I've decided to call this my Wokingham dress. Because in Wokingham (where we live) people seem to dress very well. Sometimes when we walk into town on a weekend I feel unprepared for the occasion. But today we went for lunch and I wore this. I didn't feel under dressed at all. Win. :)