So last time I made the t-shirt dress, the sleeve which I used which was from the original copied shirt, minus the darts, came up a bit roomy. Fine, as it turned out, but I thought it would be nice to have a more close fitting option for future dress and shirt designs. So today I went to the trouble of fitting the sleeve.

Here's what I started with: 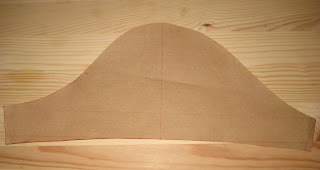 I drew in the seam lines, hemline and notches. I divided the sleeve into 6 parts vertically, because I will be contracting it horizontally. I put in 5 lines so that the difference is distributed fairly evenly across the sleeve. 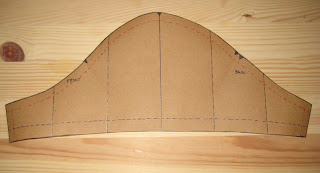 I measured the seam lines on the t-shirt dress - the tank dress with the shoulder increased by 1.5 cm. I did this on a cut out with the extra added in, because I'm making another t-shirt dress at the moment.

So I found that the front to the halfway point needed to be 17cm. On the sleeve it was 20.5cm. So I needed to remove 3.5cm on that side. 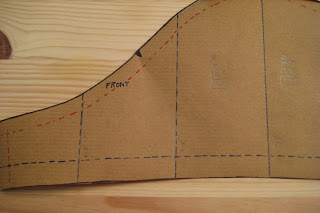 Because most of the difference was in the front, I took a bit out of the middle for the front as well. I drew all of these differences on the pattern piece so I would know where to cut and paste. I also checked the hemline and compared it to my bicep, to make sure it wouldn't be too tight. 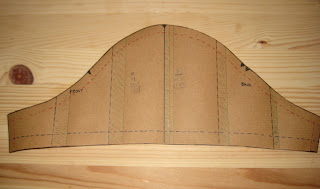 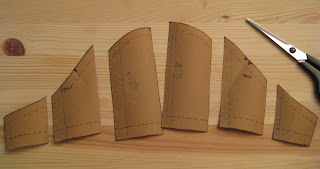 And reassembled by gluing the pieces back together. 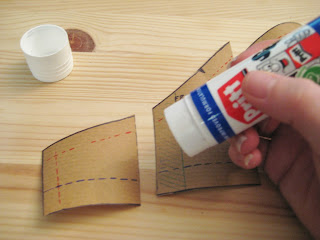 If you're wondering why the glue rather than sticky tape, it's so that I can iron the pattern piece later. You could use tape, but if you're going to fold it and put it in an envelope, then pull it out later and iron the creases flat, then I think glue is worth the bother.

Anyway. This is it. 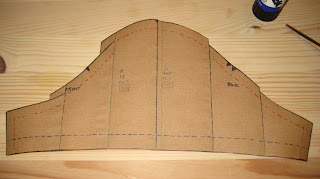 So now it's smaller as desired, but of course the edge is a bit uneven.
So to fix that I brought out the french curve and smoothed it out. 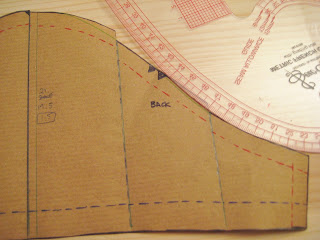 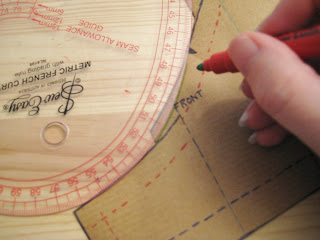 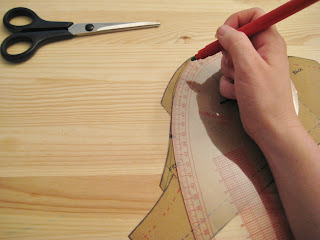 I don't always use a felt tip (texta). When I did my classes we used a sharp mechanical pencil for accuracy, and lovely white bank paper which you could see through so you could match things up exactly. I would love to use that paper again, but I haven't any, and the pencil lines just weren't showing up in the photos. So that's why the thick markers.

Anyway, with the edge smoothed out, this is the finished pattern piece. I've also drawn in the new seam line. 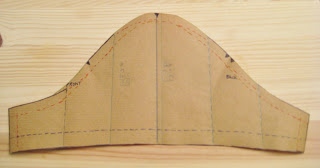 Measured it, and it came out pretty much spot on, so I was pleased.

I used this pattern, with the hem raised a bit in my Wokingham dress. So I can confirm that it worked. When I get some green thread, I promise to add a picture of the basic t-shirt dress with this sleeve as well.