So I had this fabric with thin stripes. Initially I had intended to make a cardi from it, but I changed my mind. I considered making another tank dress, but then I opted to try something new.

I decided to make a dress with a gathered side. The fabric stretched 4 ways, and I wanted to play with the stripes.

So to begin with, I copied a double sided version of the front piece of the tank dress. I made this version with a lower neckline, determined by trying on the original tank dress and putting a pin where I wanted the new neckline to sit. I redrew the line on the new pattern as I cut it out. I cut out another half front with the new neckline which formed the bottom layer - which is the same as the standard tank dress. 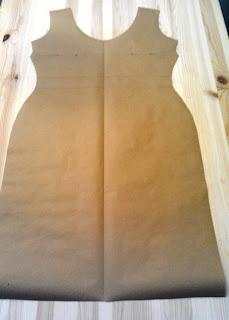 I wanted the dress to scoop to the right. So I drew in some scooping lines. I measured and made a note of the length I would need to gather the piece back to on the right hand side. 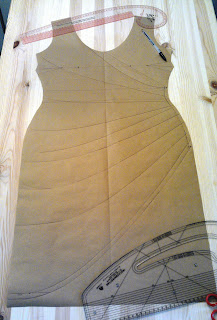 I then cut off the top right strap, and the new hemline. It is going to be laid over a full length front.
With the new neckline, I tucked in 3cm of length, to tighten it so it would sit firmly. 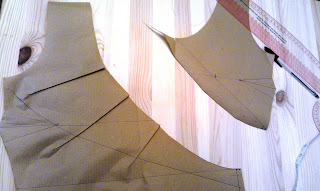 I then sliced through the curves I had drawn, in order to expand it. I stopped the cut 1cm from the left hand edge, which is the seam line, so that the seam line on the new piece would be the same length as the original. I also folded the bust dart out, so that it wouldn't be included on the top piece. 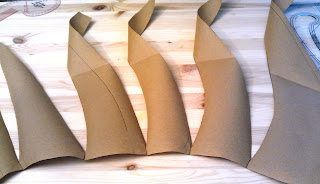 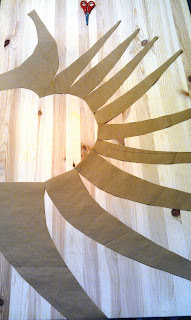 You can see here how folding the dart out of the bust opened the bust and eliminated the dart.
I then expanded the right side, pushing the pieces apart.
I have done this before, but I didn't push them apart far enough. So this time, I thought I would see how far I could take it. In part, I wanted to see how the stripes would look.
It reminded me of a nautilus shell. 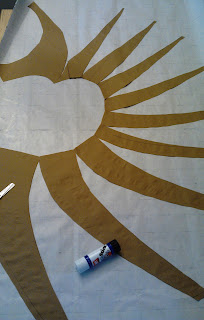 I then needed to glue this onto a new piece to make my pattern piece. But I had run out of my usual brown paper, so I ended up using leftover gift wrapping paper. On the back it is covered with Christmas penguins. 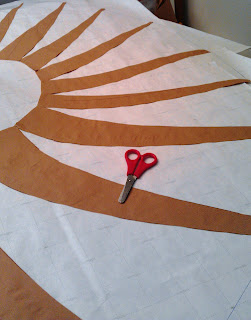 I drew in the cutting line. There was a bit of guess work going on with this. 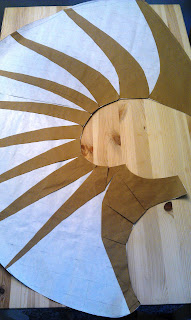 I cut out the shape, and then cut it out of fabric. 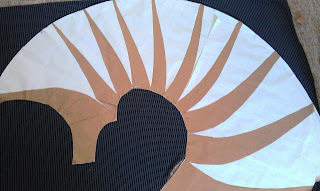 I cut one new front, one standard tank front, and one tank back.

I made the dress up by hemming the top layer (upper and lower edge) gathering the side, completing the darts on the standard front and back and then putting all the layers together to construct as per the tank dress.

I did have a little bit of a glitch.

In my enthusiasm, I forgot that you can't gather fabric to an infinitely small space. So the length of the side I had intended to gather, exceeded the amount of fabric that was physically possible to gather into a 22cm length - which was what I had intended. The gathered strip ended up much longer.

So I dealt with that by gathering as much as I could, and then releasing the bottom part of the skirt. I tried it on, and pinned a point where I thought it would be flattering to stop the gathering (I didn't want a caterpillar effect running right the way up my hip). I then unpicked that part. (Would have been much easier if I had basted it and then tried it on!) I also unpicked the other side because it needed to be re-aligned if it wasn't being pulled up as far. Here is a chalk line of my new hemline. 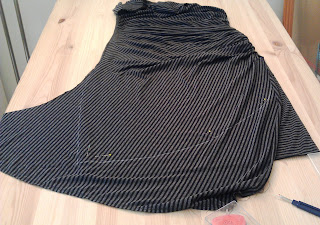 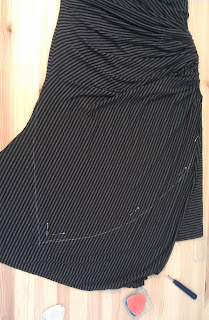 I trimmed the extra bit off. 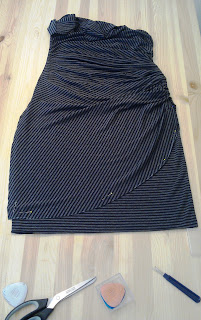 Re-hemmed and re-joined the seams. I hemmed the dress.

Because I didn't get the original fullness into the gather, the gather doesn't pull in quite the way I intended at the bottom of the skirt. I also decided to put some elastic down the seam with the gathering because the weight of it caused the side seam to distort.


I promise I will put a better photo in soon. But I'm keen to share, because I think this is cool. It's a bit hard to see here - but I love the way the stripes change direction. The vertical stripe over the bust and the diagonal skirt seem to create an optical illusion of length, which I am ok with. 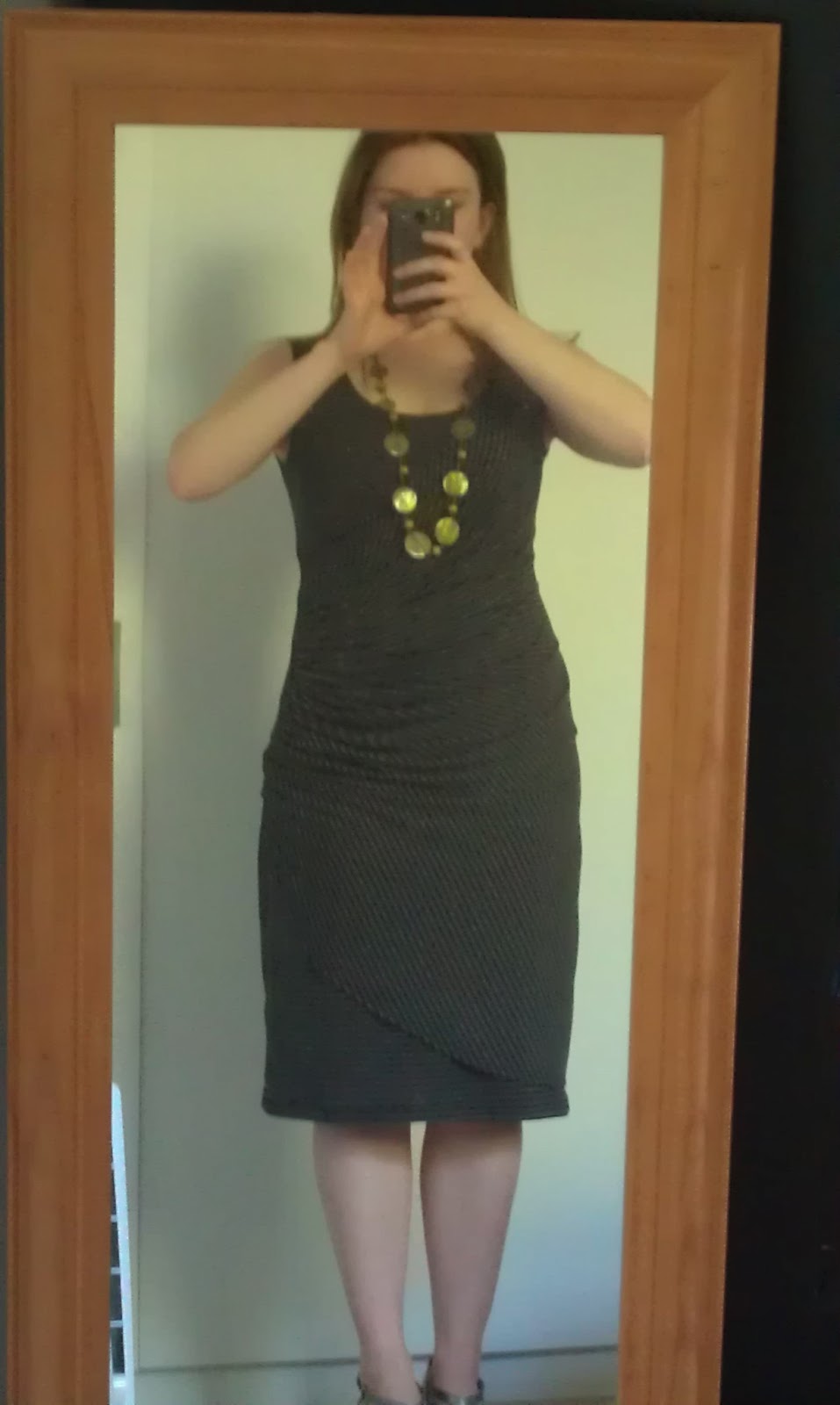 For a long time I've been saying I have good sewing skills and no design flair. This dress makes me think maybe I'm better at design than I thought.